DURFC 1st XV looked seriously hot against Nottingham a week ago and TabTV was there to see it all – all the hype, all the hits, all the hunks.

SCROLL TO BOTTOM FOR VIDEO

Durham opened their defence of the BUCS Prem A North title last Wednesday with a resounding 44-13 win over Nottingham in front of a vocal crowd for their annual Charity Match in aid of Sport in Action Zambia at Durham City RFC.

The Palatinates moved into the lead shortly before half time when centre Nathan Holmes broke through the Nottingham midfield. Halted five metres out, the ball was quickly recycled and good hands from Oli Petrides put Murray Galbraith-Lowe in for an unconverted try. 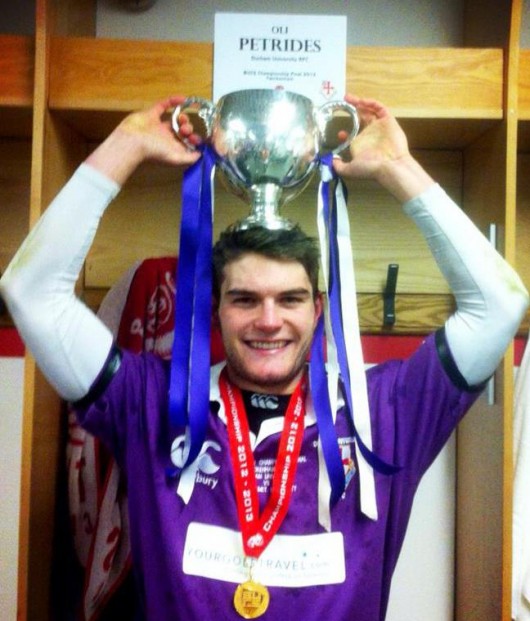 The second half was a rather different affair as Durham began to display their comprehensive attacking arsenal, buoyed by the increasingly well-refreshed crowd. Sean Robinson scored just after the break before Basil Strang continued a promising debut by pulling off a long lofted pass for captain Simon Hammersley to score. Strang added the conversion to take the score to 25-10.

The floodgates then began to open as replacement flanker Alex Dansette scored a try under the posts after the impressive Galbraith-Lowe had busted through several would-be Nottingham tacklers from a Durham lineout. Freshman Louis Clayton-Molloy then finished off a classic try after another Galbraith-Lowe break, before Galbraith-Lowe rounded off a fine evening with a try of his own after debutant Tom McLean had broken from deep inside the Durham half. 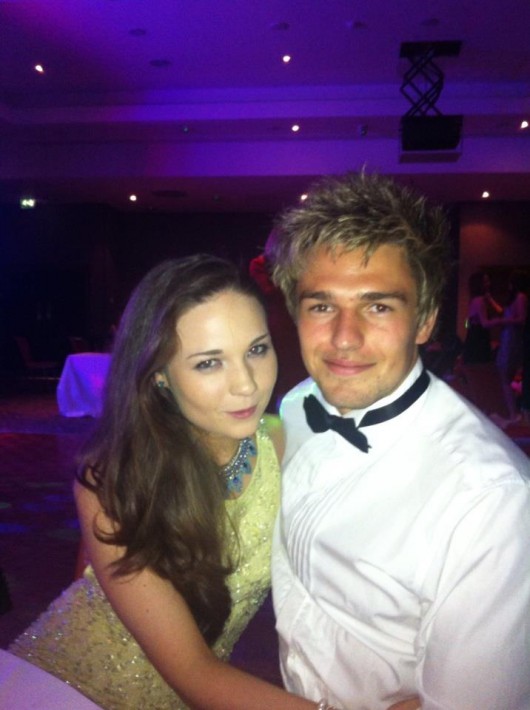 Nottingham put up a spirited effort, with centre Harry Little, returning to union after playing Super League for London Broncos in his gap year, to the fore, but ultimately Durham’s sheer skill and ambition with ball in hand proved too much for them to handle.

Try scorer James Middleton commented: ‘Nottingham came at us pretty hard in the first 25 minutes, but our fitness pulled us through towards the end. It was nice to see some good young players such as Louis Clayton-Molloy and Tom McLean coming on and playing well but plenty of hard work lies ahead if we are to repeat last season’s success.’

TabTV coverage brought to you by Jonathan Edwards Productions. Presented by Ollie Silverton and Charlie Goodwin.