Master of University College, David Held, has defended George Entwistle, recently resigned Director-General of the BBC and former Castleman, saying, “He will be a real loss to the BBC”.

The resignation of the former BBC Director-General, who studied Philosophy and Politics at Castle in 1983, has received much debate over the last week following a controversial Newsnight report which indirectly and incorrectly implicated Lord McAlpine in the North Wales child abuse scandal. 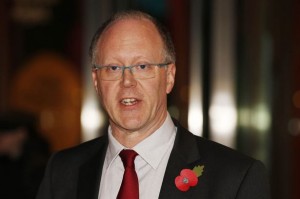 After only 54 days in the position, Entwistle reportedly commented, “In the light of the unacceptable journalistic standards of the Newsnight film broadcast on Friday 2 November, I have decided that the honourable thing to do is to step down from the post of director general.”

David Held, Professor at the School of Government and International Affairs and master of Castle, stated, “The BBC clearly ran into serious difficulties with the story about paedophilia and high Tory connections, reflecting poor editorial controls. The problem goes deeper as Newsnight has made a number of both journalistic and editorial bad calls.”

Professor Held went on to defend the former Director-General, saying, “George Entwistle has an outstanding reputation and he will be a real loss to the BBC.

“Should he have resigned? I don’t think so. He resigned because the UK has a culture of pillaring people if something goes wrong.”

He continued, “The attacks are led by the British press, which bays for blood in the face of controversy. The British press loves to personalise stories because it makes them far more digestible narratives.

Having gained his degree from Durham University, Entwistle began his career in magazine journalism, joining the BBC in 1989, working for shows such Panorama, Newsnight and The Culture Show. After various roles within the BBC, Entwistle began his position as Director-General on 17th September 2012, describing himself as the “right person for the job”.

But 54 days later, after a Newsnight story that led to false accusations of child sex abuse by ex-senior Tory Lord McAlpine, Entwistle was forced to resign, making him the shortest serving Director-General in the history of the BBC.