Cuths RFC will be beginning to question whether the gods are on their side after another encounter with Hild Bede ended in controversy.

A bad tempered match that saw yellow cards for both sides, it proved to be one of the most one-sided affairs in recent years between the two giants of College rugby.

A reinvigorated Cuths side piled pressure onto an out-of-sorts Bede outfit, but were unable to convert territory and possession into points. They were made to pay when Bede openside, Rory Dunnett, crashed over for a try with 15 minutes to go, in one of Bede’s few visits to Cuths’ 22. 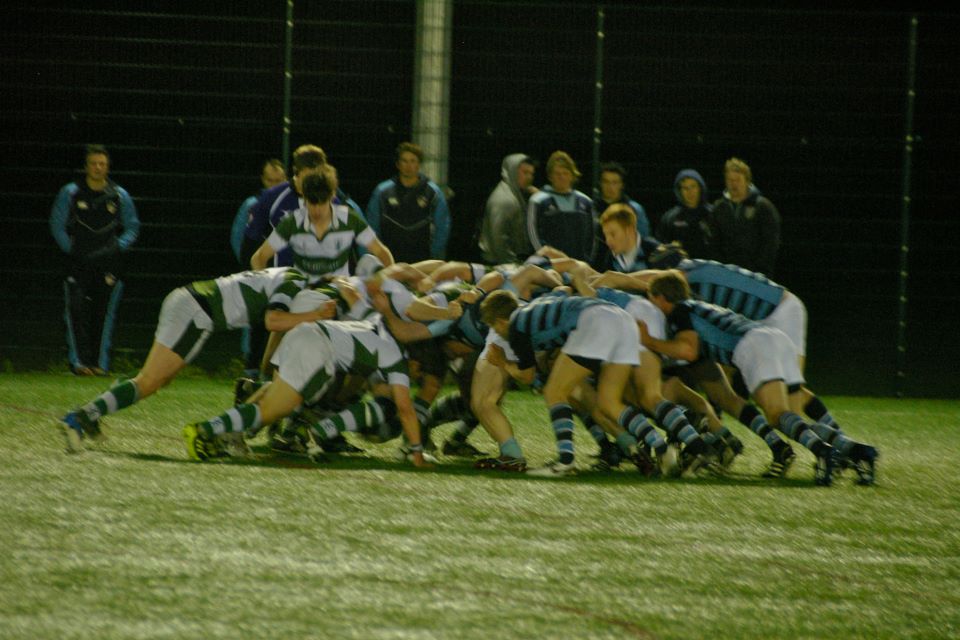 Bede were unable to compete with Cuths at the set piece

Yet the match was not over, and Cuths had one last chance to seal victory when, in the dying moments, fullback Rupert Harbig thought he had scored in the corner, only to be denied five points by Bede’s touch judge – who was positioned on the halfway line.

Probably nodding off after another 80 minutes on the bench, Bede replacement Hill (described by one Bede player as a “very good waterboy”) failed to keep up with play and found himself over 50 yards from the incident in question.The referee, whose interpretation of the breakdown had left both sides bewildered throughout the match, decided the touch judge’s view was better than his, in spite of the referee’s far greater proximity to the incident, and refused to award the try on that basis.

As predicted in the College preview, Bede’s failure to add to their pack really showed, and they were dominated at the set piece, something Bede’s bench agreed with, remarking that the pack “looked slapdash”. Such was the pressure at the scrum that Bede were forced to resort to one of the oldest tricks in the book by failing to provide a front row replacement at the beginning of the second half, necessitating the introduction of the uncontested scrum. Add to this the loss of two of Cuths’ pivotal figures, flyhalf Harjette and No.8 Schofield, to injury, and Bede would have expected to dominate the second half, but instead Cuths spent long spells camped on their opponent’s line.

All credit to Bede for resisting the onslaught, showing a grit and resilience that is to be expected from the reigning champions. Predictably, Bede’s chance eventually came, and with 15 minutes left on the clock they produced a spell of pick-and-go rugby lasting more than 10 phases that saw them go 17-13 ahead, taking the lead for the first time in the match. Bede’s hooker Bird blamed this period of domination at the breakdown on Cuths’ “lack of dynamism in the back row, unsurprisingly as their blindside flanker is more accustomed to packing down in the front row”. 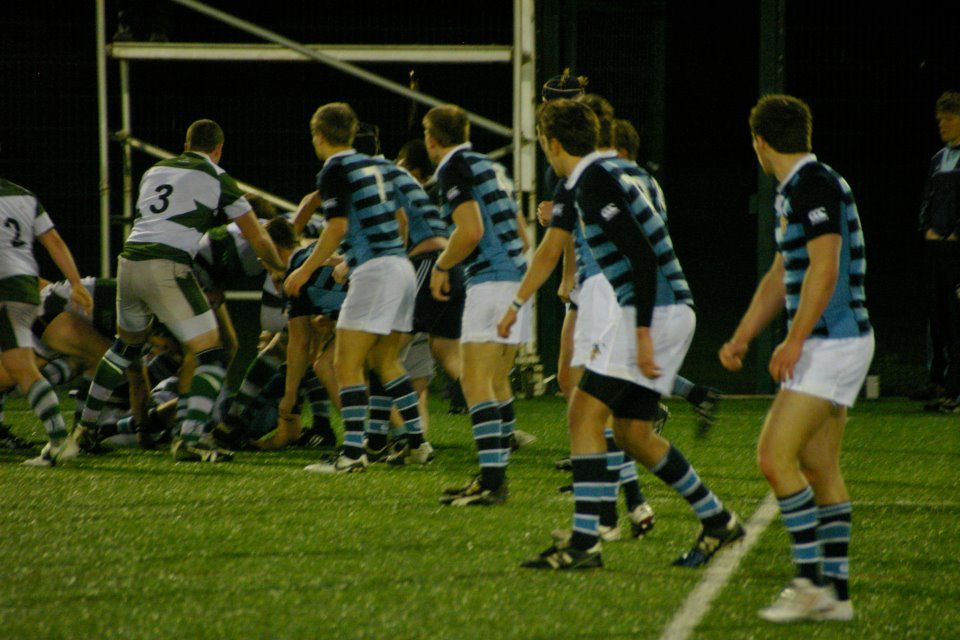 Nevertheless, Bede looked very dangerous out wide. Their fullback Hamish Wilson showed moments of class, and was unlucky not to score chasing a clever kick over the top, while Bailey pair Willans and Harris linked up well in the midfield, showing encouraging signs. No doubt we’ll see more from them as the season progresses.

Bede’s muted celebrations said it all, and they know that they will need to play far better if they are to win the league and cup double again. Their first round draw in the cup against Jon Snow will be a severe test, and they will need to tighten things up if they are to avoid a shock early exit next week. Cuths will be left to rue another defeat at the hands of their arch rivals, no doubt praying that Lady Luck will be on their side should the two teams meet again in the Floodlit.

“Isolation could have been very lonely, but doing this crazy project together has been incredible”

The lowdown on the bucket list balls at Durham University

Several other students’ messages were looked into, and investigations are continuing

Being an International Fresher at Durham: Tips and tricks

Yes, do bring those packets of Indomee and Milo

The Times found that just 48.7 per cent of Durham admissions were from state school students