Reflections on the Cambridge application process

From someone who did it twice!

The Oxbridge interview will be the culmination of months’ worth of work, stress and dedication; it's a ridiculous process but also one that has the potential to be incredibly rewarding – not unlike life at Cambridge itself.

Looking back on my application, one of my greatest struggles was the sheer length of it. It started way back in the second term of A-levels, and involved a lot of serious chats about life prospects which at the time all felt very distant. Two terms later, and my summer holiday was packed with coursework, reading and personal statement writing (a personal low was trying to research and write my personal statement on a holiday in the outer Hebrides with no WiFi, with less than 5 days till the arbitrary school deadline for a first draft).

Back at school and the work notched up. 5 personal statement crises later and my application was finally ready to be sent off. While my non-Oxbridge classmates were only just getting started, I'd now moved onto the next stage. For most applicants this is an admissions test. I don’t know what other subjects were like, but for history the HAA is still a fairly new test, which I felt no amount of preparation in the world would prepare me for.

Having been called for interview, the manic preparation began, with a lot of stressed teachers telling me to relax and not worry while sounding distinctly worried. The night before the interview I had a meltdown about the fact I had lost my annotated copy of my personal statement (not that it was going to make any difference at that point). Two twenty minute interviews later and the application was over and the result out of my hands. All there was to do was wait until the result came through in January.

For obvious reasons, the feeling of getting rejected from Cambridge is not discussed before it happens. It’s pretty depressing. As much as you tell yourself you don’t really want to go, that you’d have more fun at Durham, be more cultured if you went to London or that the sport is better at Edinburgh, most people put themselves through the insanity of the application because they do want to study here. Deep down, that was me. When you’ve put so much work into an application that has dominated so much of your recent life, it is always going to hurt to get rejected. I don't have a record of my rejection email, which is now thankfully lost on a deactivated school email account. I read the first line of it, closed it and never opened it again. 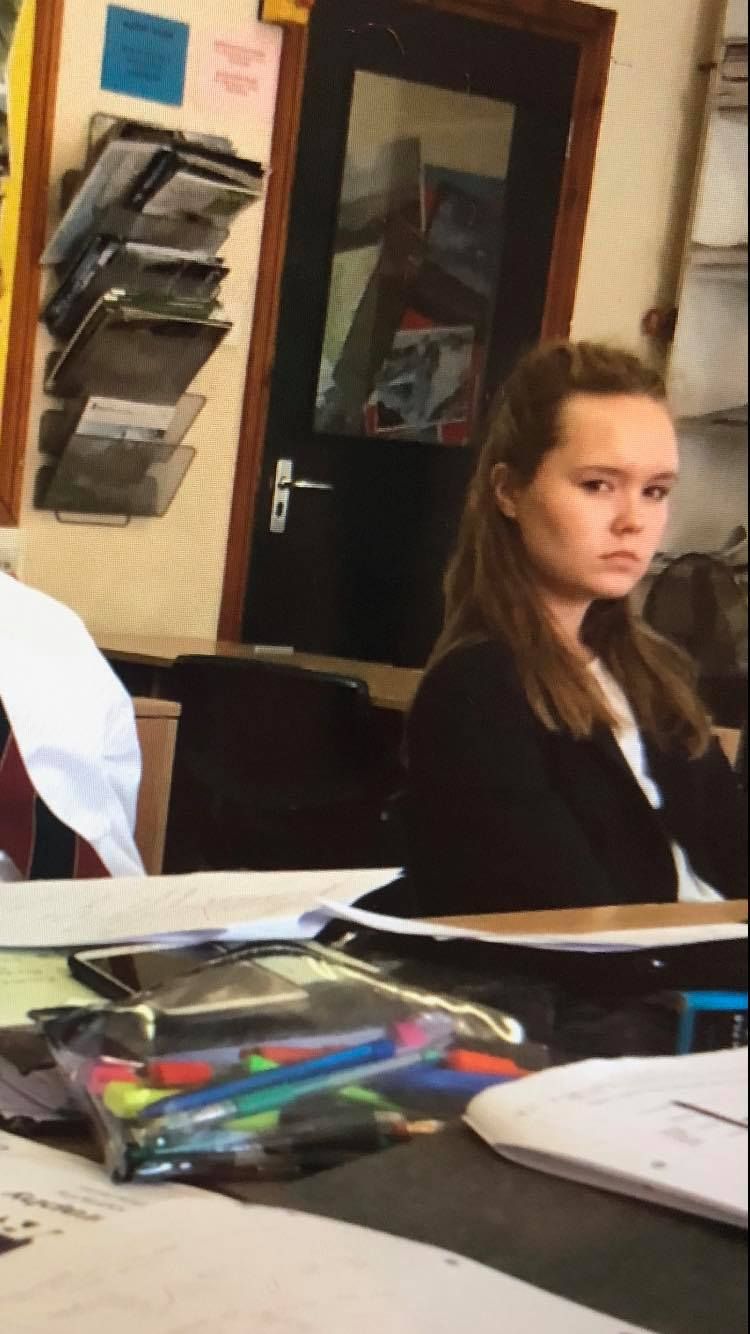 In class on the day I got rejected ?

Like most disappointments in life, you get over it and move on fairly quickly. The imminent prospect of exams pretty soon forced me to move on, and I then had a blissful summer holiday without a textbook in sight. By the time it was results day thoughts of Oxbridge were long gone. It was only when I opened my results that my teacher asked if I wanted to reapply to Cambridge, as I was taking a year off anyway. Instinctively I said yes. For all, my insecurities, I'm still sufficiently nerdy that deep down I had enjoyed the extra depth I’d been able to go into on my subject.

Second time round, it was so different with the perspective gained from failing to get in. I didn’t feel like I had anything to lose by applying. If I was rejected I was only in the same place I’d been before. And I can honestly say that I loved applying for the second time. I enjoyed the reading. I enjoyed preparing for the interview. And when I felt my second interview was going horrifically badly I didn’t panic; I was still discussing a subject I loved with a world expert and even if it wasn’t going as well as I’d envisaged it was still an opportunity I relished. I even managed to ask a question they couldn’t answer (fyi my interviewer didn’t know why the rooms in the building we were in started with 1 as a top floor room, and 11 as a ground floor. Seemed illogical to me – anyone who can shed light onto this situation I’d really appreciate it)

I genuinely think that was the difference. The second time round I managed to show what I had failed to the first time – that I was passionate about my subject and I did really want to study it for three years. I had also had the time to really consider if this was going to be the right university for me, if I really wanted to go there, knowing all the good and bad aspects of the application process.

First day feels, the hard work all worth it

Applying to Cambridge is a ridiculous process; overly consuming and overly stressful for young people who have a lot of other things to occupy themselves with. But it is also brilliant. And when you’re at university, still awake at 3am scrambling to write your essay due in 6 hours’ time, or being made to feel inadequate by that person who feels the need to ask overly complicated irrelevant questions, you can walk down Kings Parade, think back to that ridiculous time in your life and see how perfectly it set you up for the intense whirlwind that is life at Cambridge.

All images are author's own.