A thoughtful and artistic performance

A clever twist on a classic tale, Brickhouse Theatre’s “Jane Eyre” used a highly stylised approach to address the issues of mental health, isolation and homelessness throughout Brontë’s story. 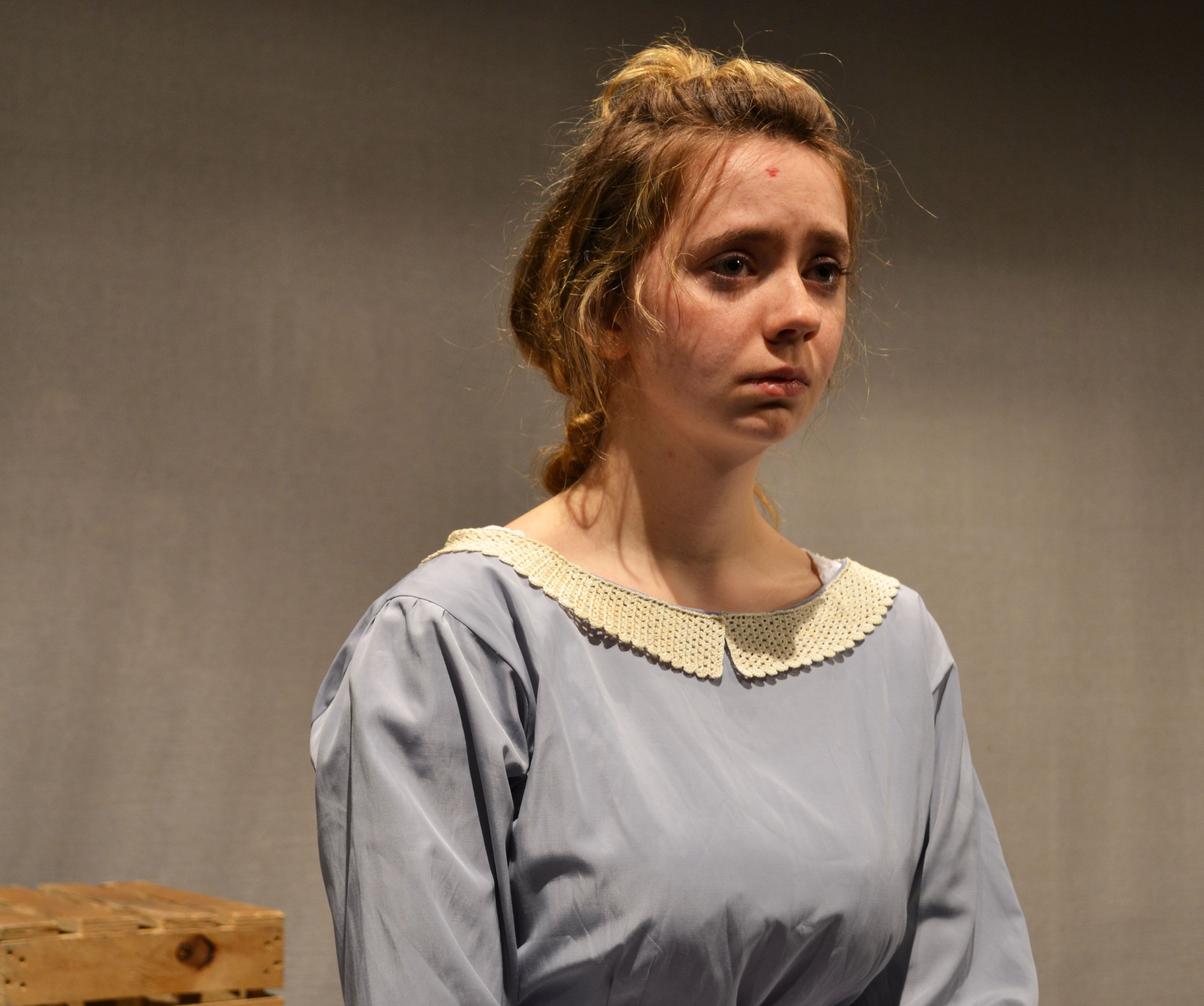 The splitting of Jane’s character between her self-restrictive reserve and inner passion is set out explicitly from the first scene, and nurtured throughout the play, with mirrored movement linking Imani Thompson and Kay Benson’s separate portrayals of Jane’s outward facing and internal characters throughout the play. This was both elegant and subtle, with a brilliant performance from Imani in creating and developing Bertha and Jane’s characters to a high degree of complexity, despite the role being almost entirely silent. 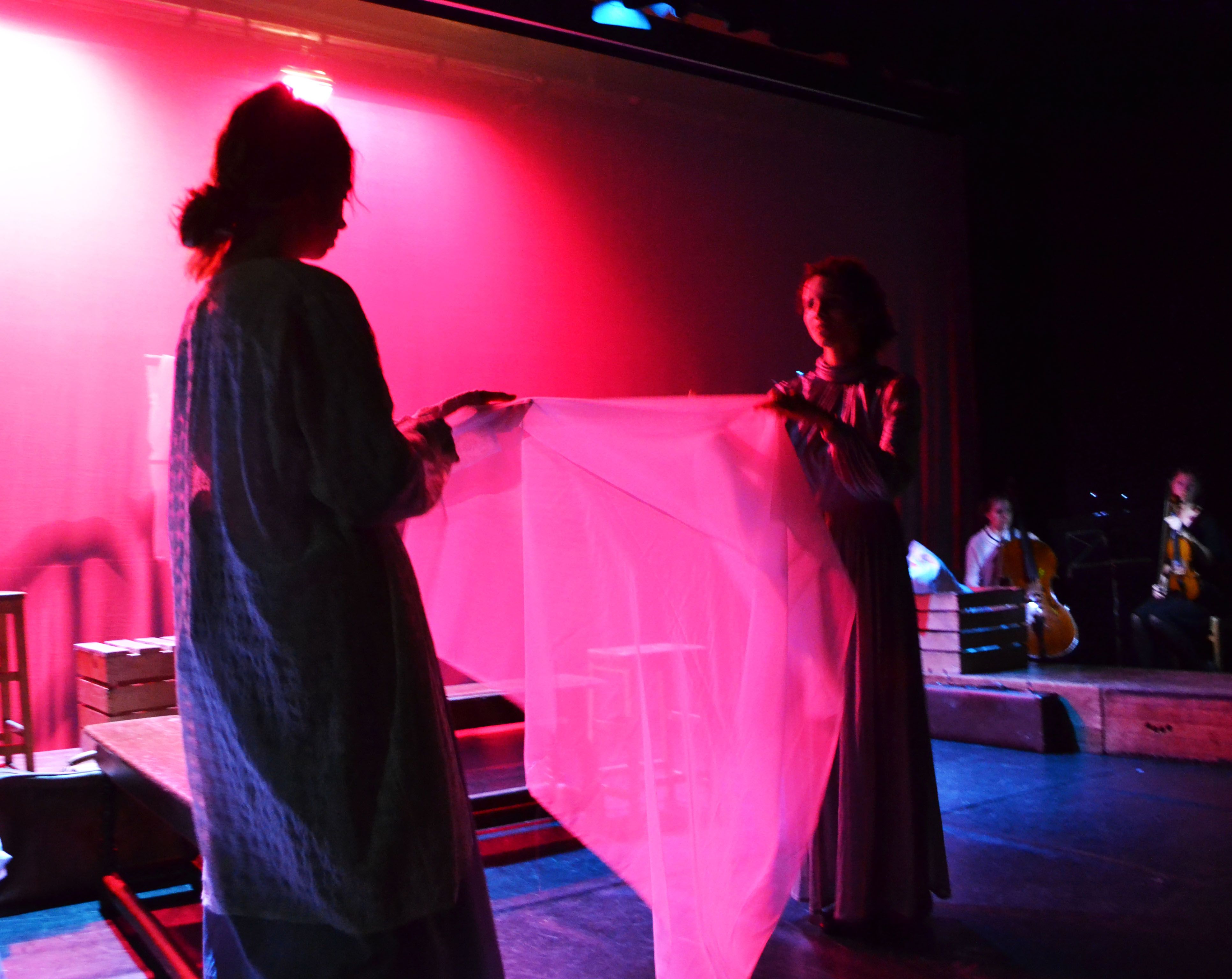 The choice to style Bertha in this way allowed the audience to relate to and empathise with her, rather than depicting her as the ghoul-like antagonist. This context gave the directors an opportunity to re-interpret Brontë’s original treatment of mental illness with a modern perspective. The decision to omit Jane’s windfall from the storyline shifted the tale away from “happily ever after”, giving a more realistic and less conclusive ending. 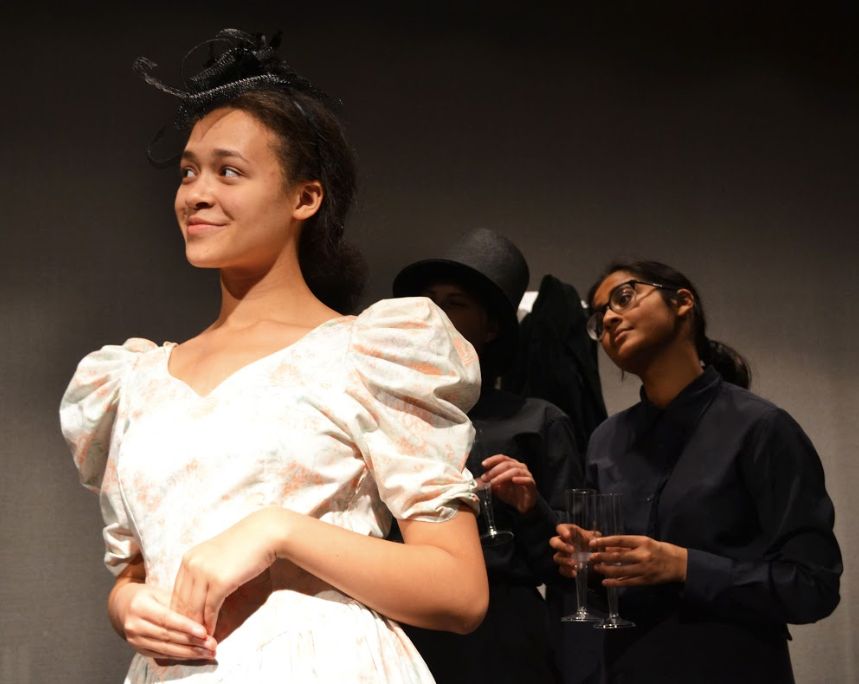 A particularly poignant scene was when Jane finds herself begging on the streets after leaving Thornfield, with extras walking past and rejecting her, further emphasising her isolation. The directors, Georgina Deri and Jenny Lazarus, have made this play their own, and used it as a tool to contextualise hardships such as mental illness and destitution, and they have certainly pulled it off.

Kay’s portrayal of Jane was fascinating. Her scripted lines sounded like original thought, and the audience were captivated.

However, at times, when playing the young Jane, the childish voice and gait which she used to present her youth made inhibited emotional inflection. I felt that Helen’s death scene, which has the potential to be one of the most scenes moving in the play, fell a little flat. 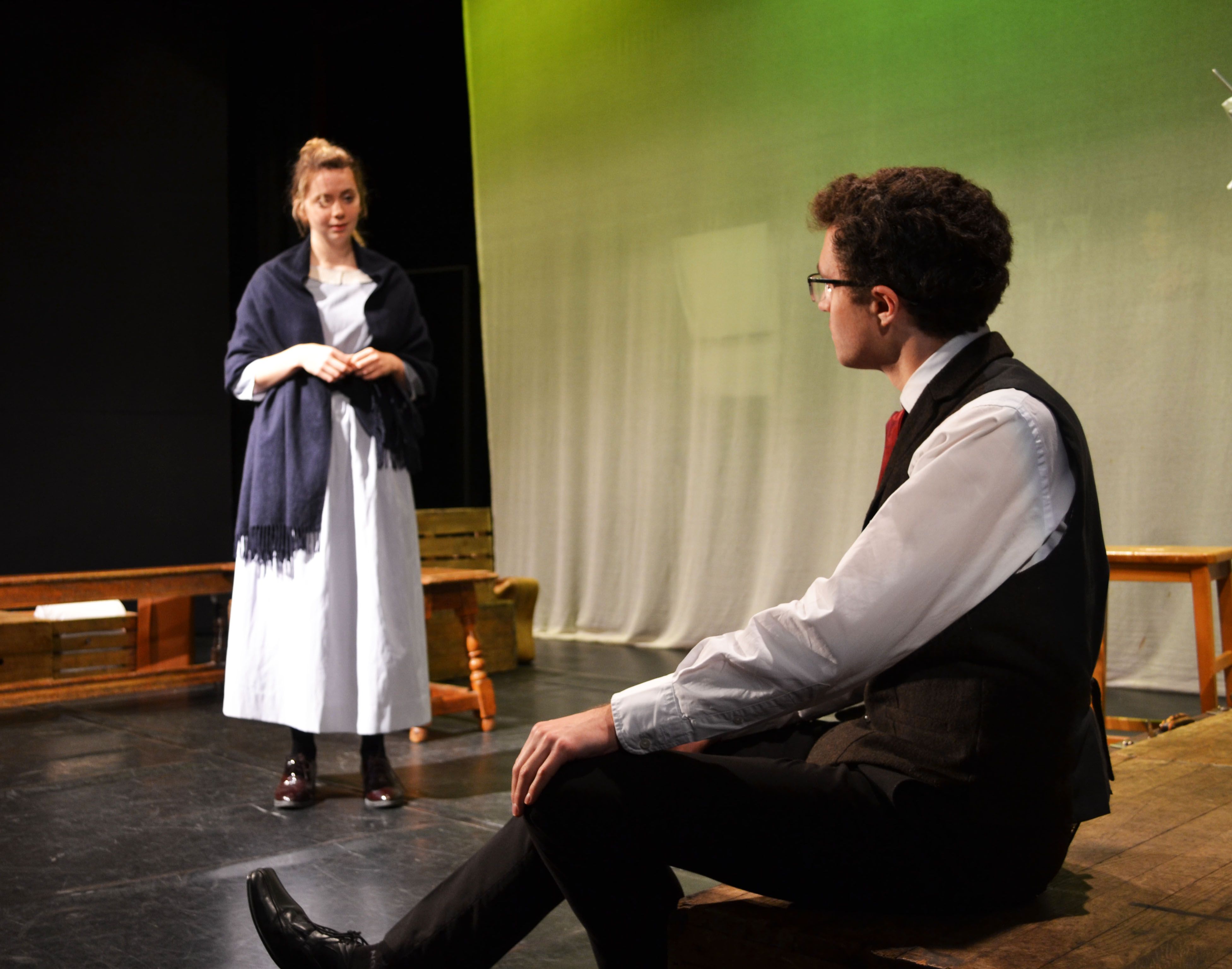 Similarly, Mr Rochester’s words of passion and infatuation did not often match his body language, with an air of awkwardness inhibiting the development of believable affection between the leading pair. It was difficult at times for the audience to empathise with a supposedly budding romance in which the characters do not seem particularly keen on looking at each other.

Many of the actors were multi-rolling, but they steered clear of the dangerous confusion this can sometimes bring, with clear distinctions made between all characters. I will admit though that I was a little confused about St John’s accent; it seemed to derive from a mixture of regions and was an unnecessary distraction to an otherwise strong performance. 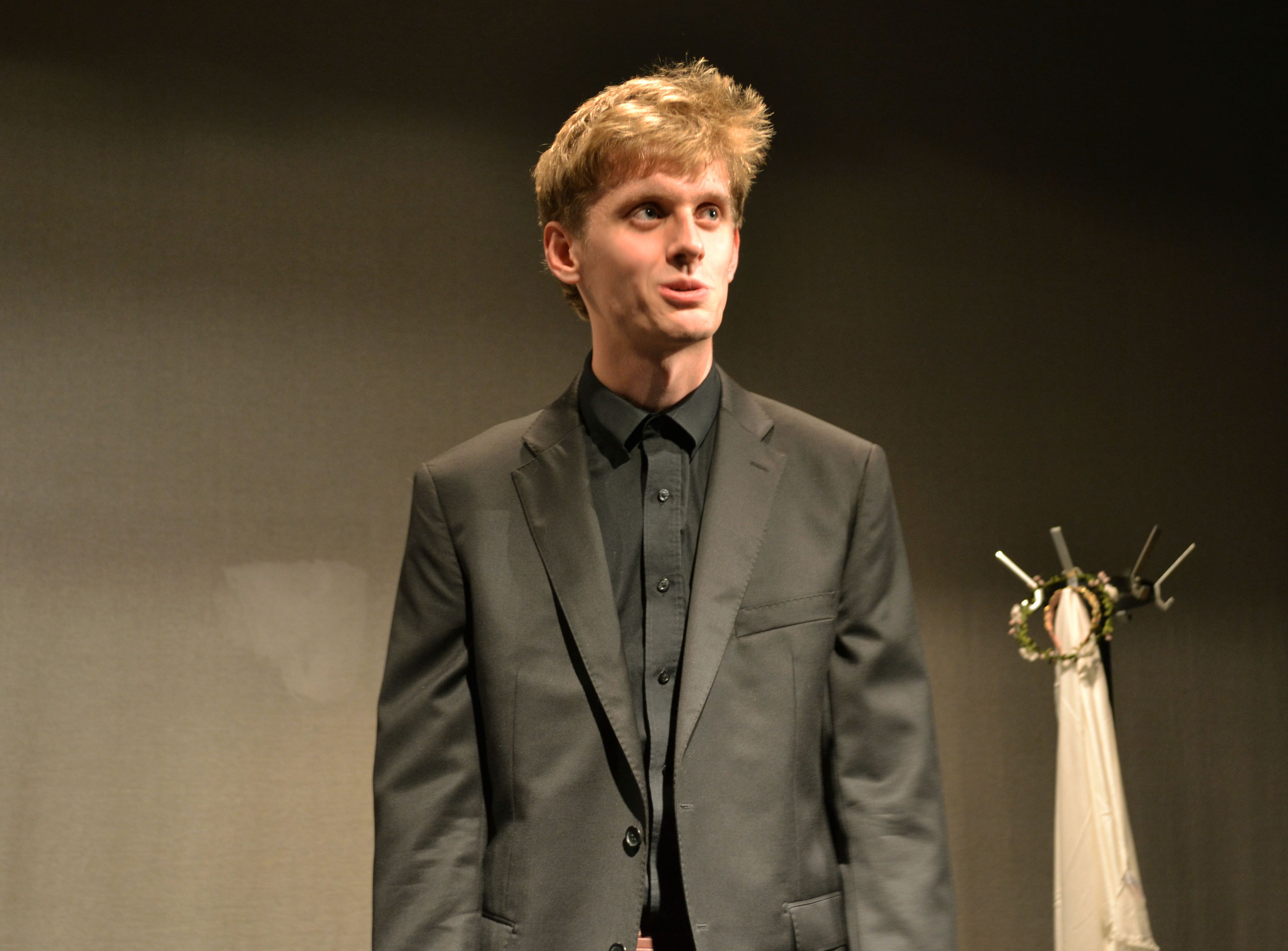 It is rare for an opening night to run without a single technical hitch, but the performance was slick and seamless. The tech team did a fantastic job, utilising lighting and sound effects to full effect throughout the performance. Nothing was wasted and scene changes incorporating music, colour and stylised movement boosted the momentum of the play.

One thing I did not expect to be commenting on when reviewing the play was the singing ability of the cast, but the choral and duet songs were executed so beautifully that they cannot go without commendation. Is every member of the cast a chorister too? 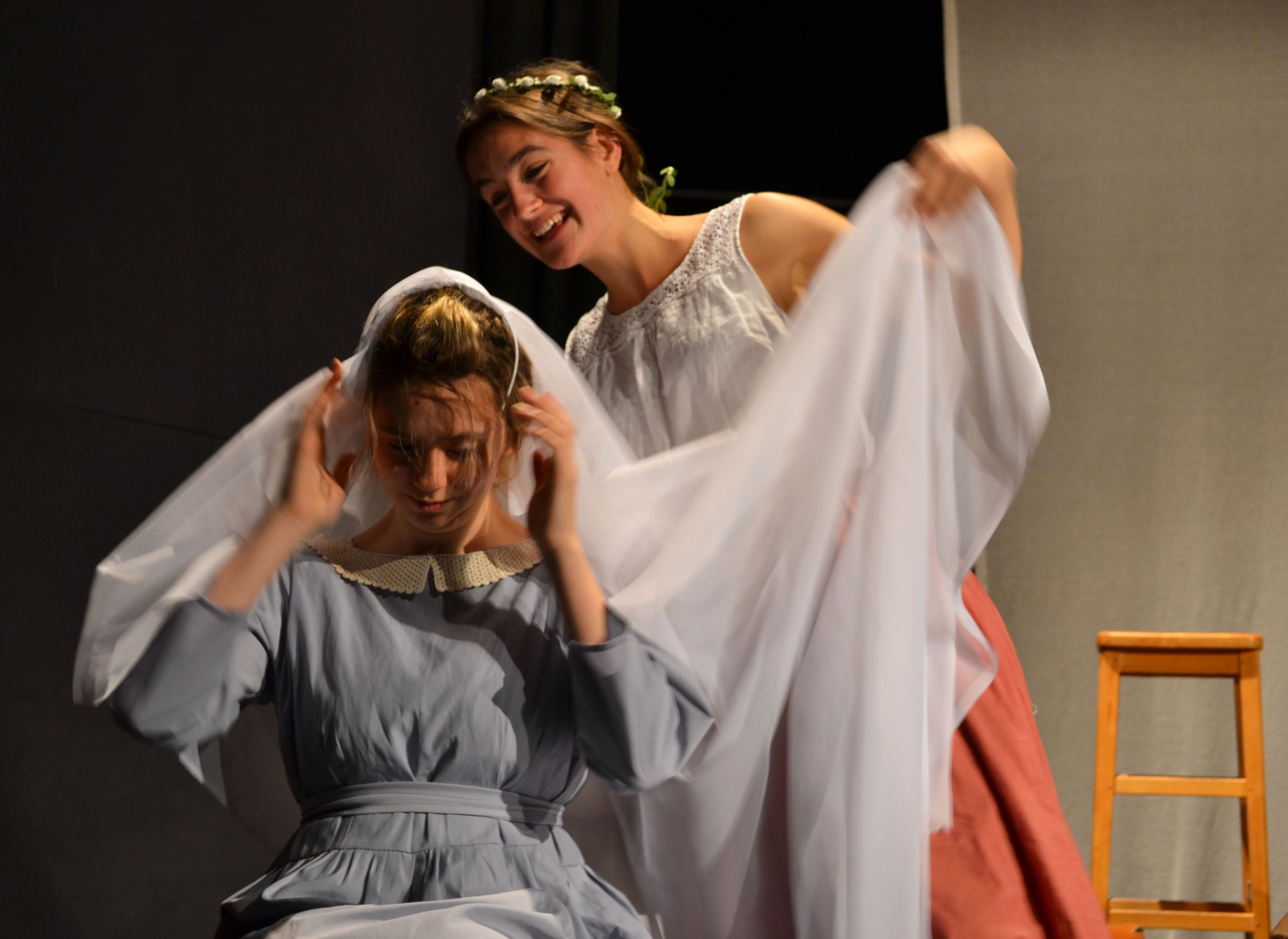 A live chamber orchestra punctuated every scene change, with some dissonance creating quite an eerie atmosphere, and at other times becoming part of the scene itself effortlessly. Despite being on stage the whole time, they never distracted from the scene at hand and only added value and authenticity to the play.

An undeservedly small audience for an excellent production.