At Peterhouse, deaning (known as gowning at Phouse, Lord knows why) is now carried out by the "Tutor of Discipline". I don't know about you, but this brings to mind 50 Shades of Grey tones – the dean stands over you with a whip. Maybe this is just me though.

A boy, who will remain unnamed, pissed in his sink. Fairly standard behaviour. However, his sink was blocked. Did he go to Wilko? Buy some drain unblocker to deal with the potential of the overflowing urine? No.

He barrelled out the piss using a communal saucepan, before using the communal sponge to clean it. The whole house has probably ingested his piss. DISGUSTANG.

£500 worth of damage at Girton to a door

Who knew doors could be so expensive? Residents of Ash Court received an email this week from Brian Buncombe, Head Porter, inviting people to snitch on who caused the damage. Whilst the porters may not be the police, £500 is a hefty fine at 12% of the minimum student loan, so in this case snitching may not be advised.

CUSU council (made up of JCR representatives as well as others) have voted to advocate against class lists in meetings with the University. With the ability to opt out only being put into place in 2017, this may be an uphill battle. This is a continuation of the motion voted on in 2016, as the Council motions expire after 3 years. 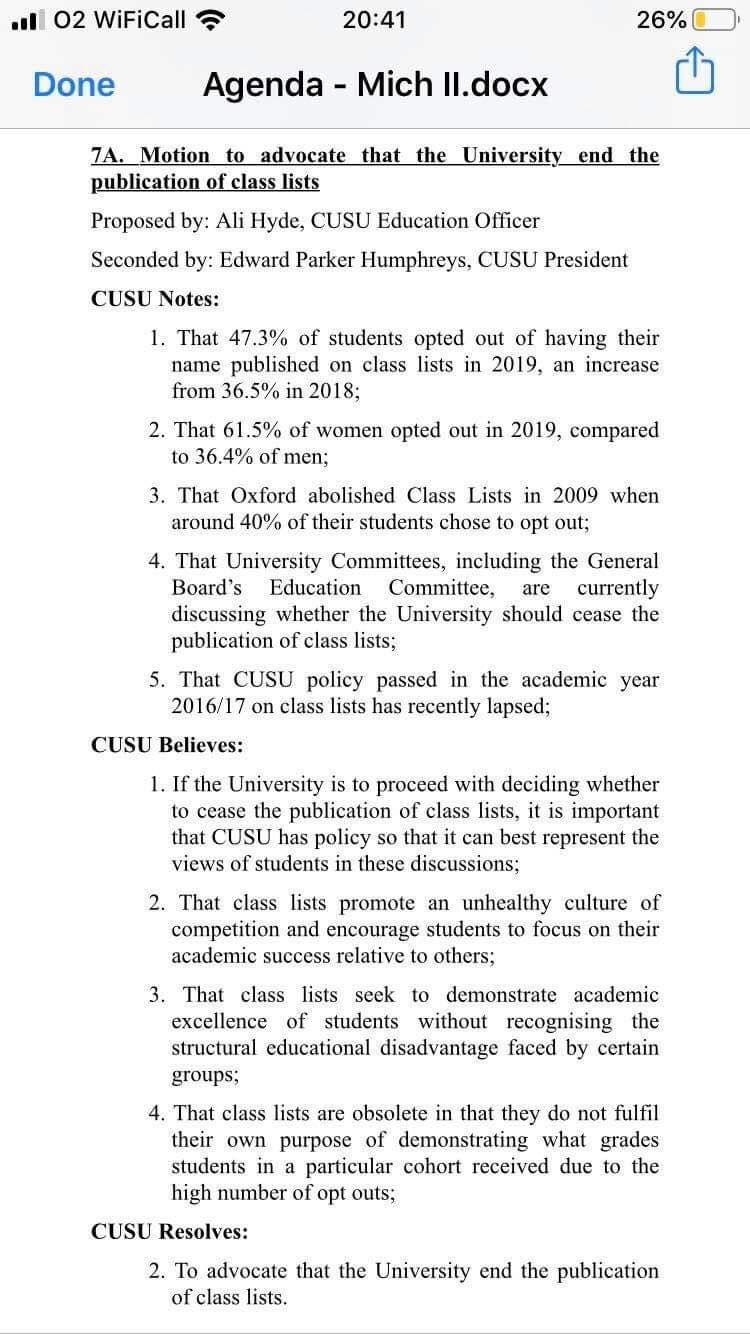 Exciting politics (joking, CUSU manage to make everything seem even less exciting than talking to a Trinity mathmo)

The Clare Colony cat has been spotted sleeping on the printer in the Colony Porter's lodge. Unfortunately, we do not have any pictures as of yet (please dm The Tab Cambridge fb page pics). A combination of fit *redacted* (the Tab's fave porter) and cats?!? What more could we want!

A supermarket trolley was found in a Jesus staircase, much to the bemusement of their cleaner. Cambridge students acting like normal actual students??? How will the administration cope!

At Emma's appreciation dinner (for the JCR, bar manager, fresher reps etc) the national culinary team were the chefs. The NATIONAL CULINARY TEAM. Emma definitely know how to show appreciation. 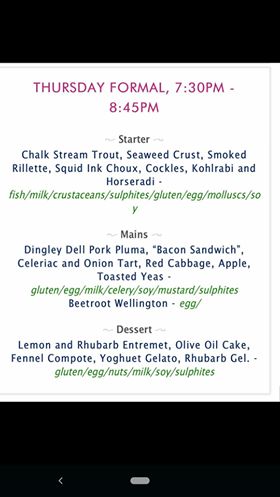 The bougiest formal dinner I have ever seen

Ovie Soko, of Love Island 2019 fame, visited Cambridge for the Cambridge ACS x Black Cantabs History Month dinner. For £25, students were treated to a Downing formal, as well as being in a room with the most perfect man alive (apologies to my boyfriend xx). Sounds like it was worth every penny! Yewande has also visited Cambridge recently, for ACS' Motherland conference.

@CambridgeACS x @BlackCantabs Black History Month Formal featuring the ONE AND ONLY @OvieSoko! I can confirm he’s just as wonderful as he seems on tv❤️