Last year I was (un)lucky enough be involved in a preview of Cambridge Exams, working title ‘Prelims’. This was quite a disappointing performance (from the exam papers, my own performance was entirely satisfactory but of course things are hard when you’re working with a bad script) and I did not enjoy myself great deal. I had hoped that one year on, exams at Cambridge would be a far more agreeable experience. Alas, it was not to be so. Despite the extra year of work I still somehow feel deeply unprepared. Partly this is because the rehearsals for Cambridge exams, supervision essays, are rather different to the main events and your Director (of Studies) never gives very good feedback on how you’re doing so it really is a self-directed performance. Also, last year there were only three exams over two days, so at least it was thankfully brief. This year there are five exams over two whole weeks, which is frankly revolting, not least because I seem to have a mild RSI. It's less 'break a leg' and more 'break a wrist' at this point. 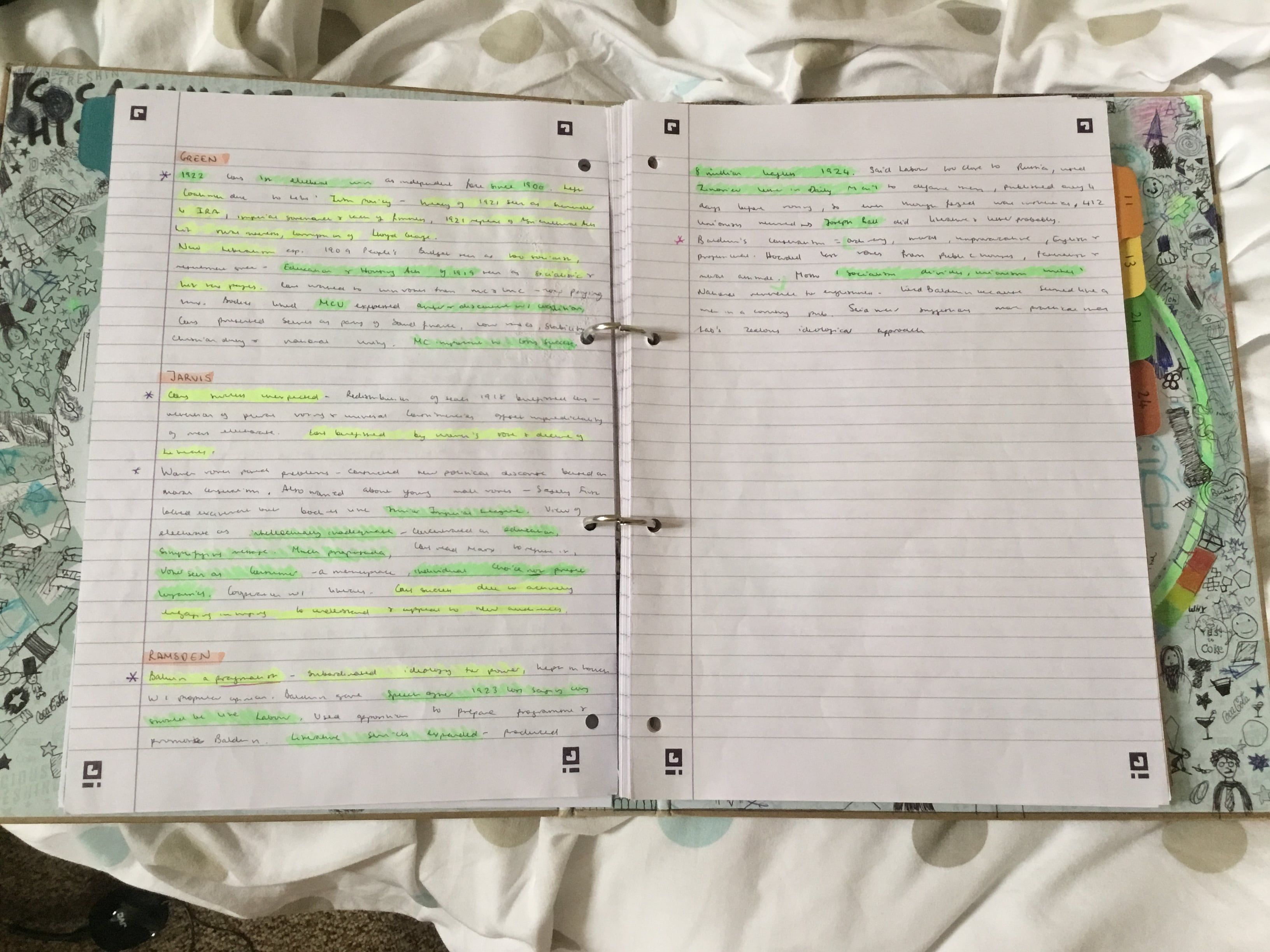 An entire folder of revision notes? Ew. (please excuse the doodles this folder is from my GCSEs)

So picture this: it is 7.20am on the day of my exam, which is in the Sports Hall at the West Cambridge Site. I have booked a taxi because it’s a long way to go early in the morning and I’ve been hit by a car while cycling in Cambridge before, and I’m not prepared for it to happen again on the day of an exam. I take one last look at my flashcards, get up, ensure I have everything I need (pens, water, camcard) and get to the Porter’s Lodge by 8.20am, because that is when and where I have booked my taxi for. Last minute, another historian decides to catch a ride so we are both waiting patiently for this taxi. Except, where is the taxi? I phone the taxi company and ask as politely as possible, given the circumstances, where my taxi is and they reveal that although it is 8.30 and I had prebooked, my taxi has not even been dispatched yet and will not arrive for at least ten minutes. Ten minutes? I am going to be fucking late for the fucking exam! I am distraught, but aware that sobbing on the street will not help so I head into the Porter’s Lodge to ask them to aid me in my time of great need.

“Mr Meade,” I say, basically wailing at this point, “our taxi has let us down, we are going to be late for our exam. What c-can we doooooo?”

Mr Meade, who is apparently a member of the real Cambridge Mafia, says he’ll sort it, phones up a taxi company and tells them to step on it. Then he discovers that the company which had let me down was the same one which is now stepping on it. He rings the company back.

“I need to speak to Max,” he says, fire in his tone. I think this is the porter version of asking to speak to the manager. Anyway the upshot of speaking to Max is that our taxi will be free and will arrive in three minutes or less! I do not know what sort of power Mr Meade holds but apparently it is the sort of power that makes taxis appear from thin air and cost nothing. Possibly he is a minor deity. 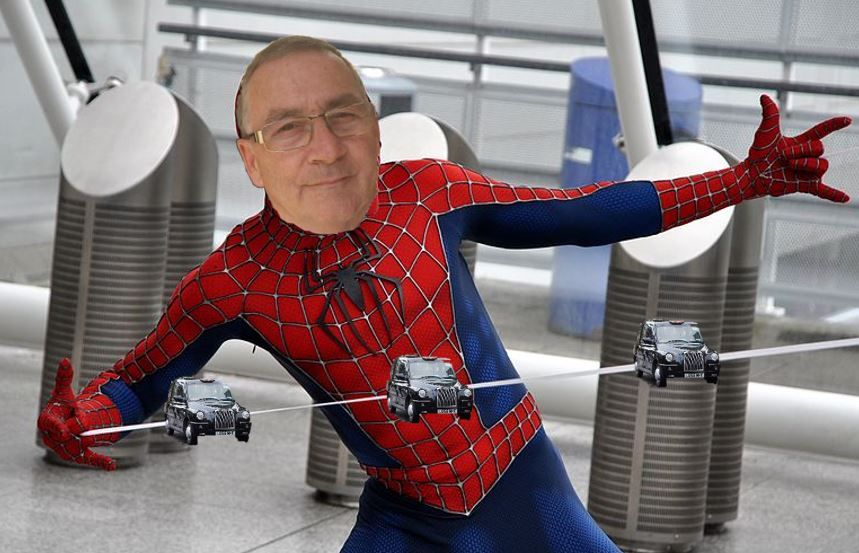 Is it a bird? A plane? Oh my God, it's Mr Meade. Source: taxi image from Max Pixel, Spiderman from Wikimedia Commons, Mr Meade author's own.

Our taxi driver screeches to a halt opposite us (please note that this next bit is why I am not mentioning the taxi company by name) and we run into the cab. He then performs a probably-illegal U-turn in the middle of Trumpington Street, holding up traffic in both directions.

“It’s at nine,” we say, looking nervously at the clock which indicates it is now nearly 8.45

“Don’t worry, I’ll get you there,” the taxi driver says resolutely and then proceeds to somehow drive at definitely-illegal and terrifyingly fast speeds through the centre of Cambridge. My comrade in this disastrous morning admitted he felt sick. That’s not the nerves, I thought, it’s travel sickness. By some miracle of law-breaking speeding, a lucky run with traffic and an underground network that exists between head porters and taxi companies, we make it to the exam hall by 8.55. A bit more on the edge than we would have liked but at the very least, on time.

Pretending this is a meme when it is clearly not a thing. Source: Wikipedia

As you can see, this intensely stressful experience means I can only give exams a 1/5. The only good thing is that the rest of my exams are within walking distance so at least it won't happen again.

Cover image: author's own photo overlaid with The Scream from Wikimedia Commons