The measure hopes to increase postgraduate inclusion in the union

CUSU and the GU have put forward plans for a dissolution of both CUSU and the postgraduate student union to create a joint union representative of both student bodies.

The proposal comes in the wake of rising graduate numbers, with graduate students now making up almost half of the university population. The GU (Graduate Union) was founded in 1955 before the four postgraduate colleges, and feels that the body is now no longer sufficient to represent the growing groups interests. Integration of CUSU (Cambridge University Student Union) and the GU would hope to increase the representation and voice of the graduate community within student politics.

A recent survey on representation conducted by the GU has suggested that there is wide spread feeling of exclusion amongst graduate students, with many feeling that their concerns are unrepresented within student politics and particularly within the undergraduate dominated CUSU.

The new proposed team structure would have two union presidents, one postgraduate and one undergraduate.

Further changes would see the replacement of the "Welfare and Rights" officer with a "Welfare and Communities" officer, and the Education officer replaced in favour of two "Access and Academic Affairs" officers. The sabbatical team overall would expand from six to eight members. 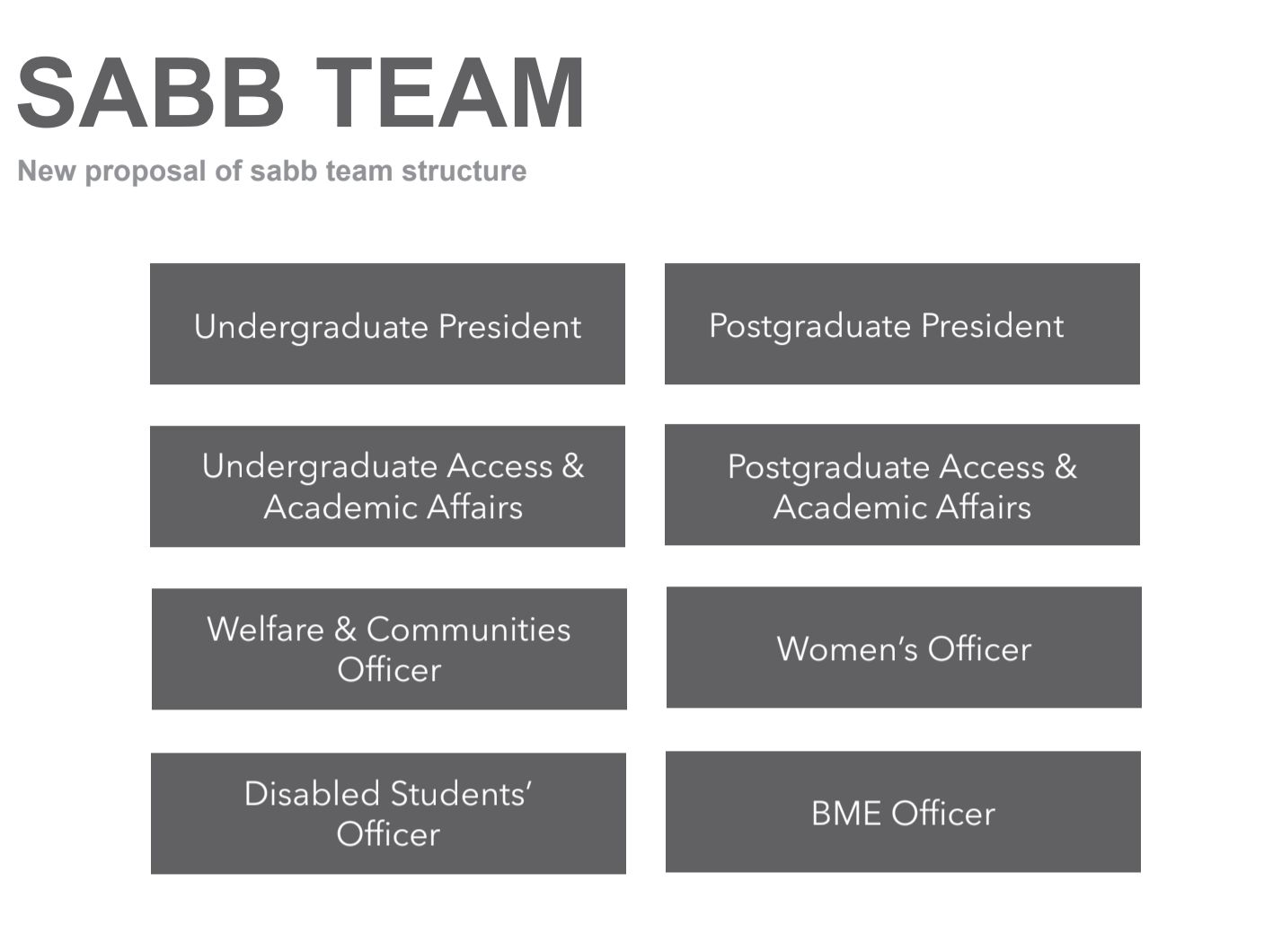 It is also hoped that the rethinking of structure will encourage a "cultural change across the Colleges and the University" in how graduate students are treated.

CUSU and the GU plan to undergo an extensive period of student consultation on what the new union structure should look like. Following the meetings today there will be a two week student consultation period in which students can put forward their perspective on the proposed change through a google form. The responses will be used to shape decisions going forward.

Depending on the outcome of this process, the change could come as soon as the next academic year under the next team of sabbatical officers.

The GU and CUSU have expressed their optimism for the proposed change in a statement, writing that ‘The GU and CUSU are excited to put forward a proposal designed to improve postgraduate representation in Cambridge. This is the very beginning of the consultation process and everything is still up for discussion and we look forward to hearing students’ views on the proposal’.