Ava is a BNOT because she spends all her time at lectures, in labs or in the library and consequently nobody has spoken to her since the end of Michaelmas term, when she informed an unsuspecting fellow fresher that she was ‘really stressed about mocks’.

In her spare time she enjoys sending lengthy emails to her supervisor and apologising for the quality of her work, which is predictably ten times better than anyone else’s. It is said she once fainted at the news that an English student had been to no lectures all term. Ava refused to comment on her victory, claiming she was too busy with work. 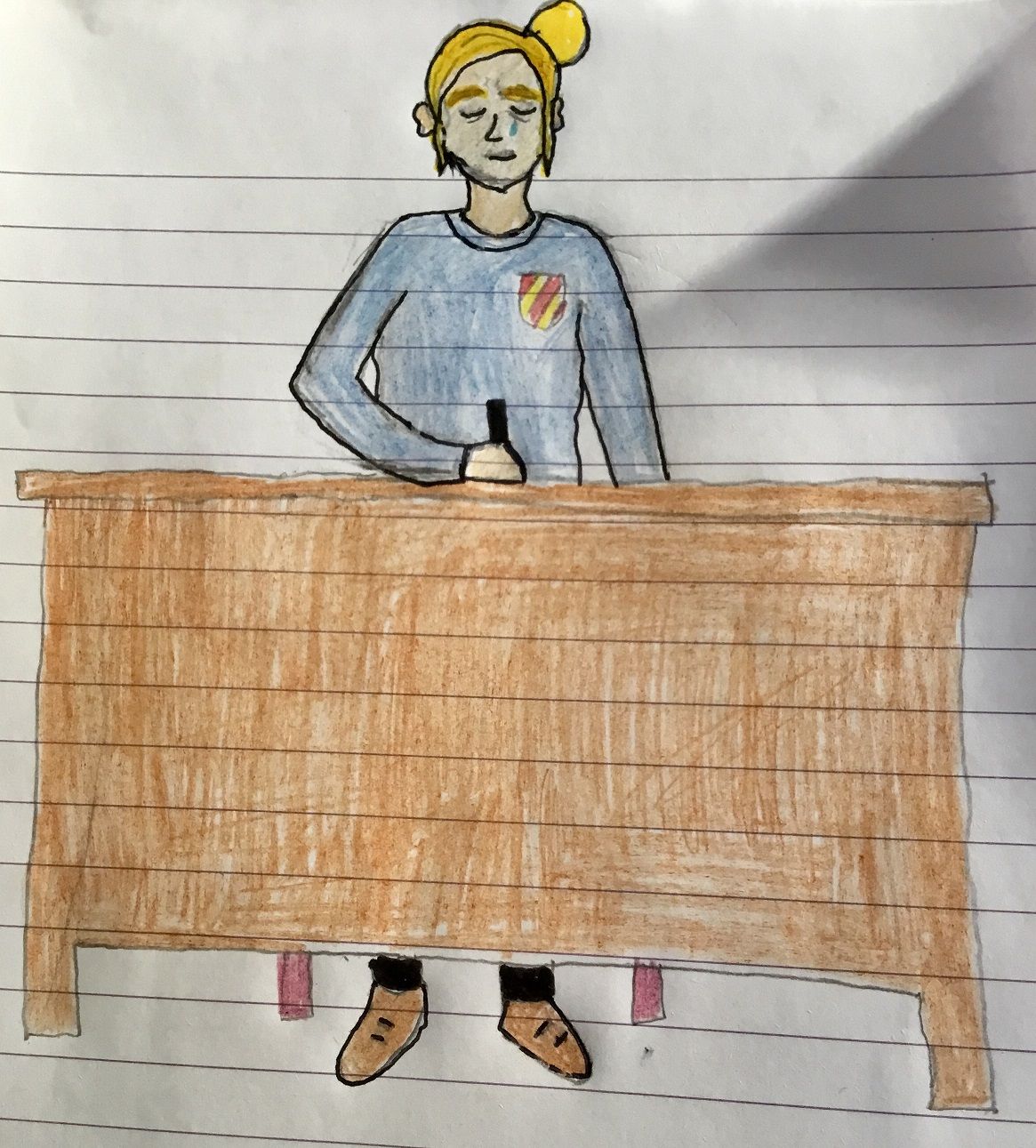 To preserve the continued anonymity of our BNOTs instead of photos, a team of artists at the Tab have produced portraits of each winner. The drawings only get slightly better from here.

Jessica is a 35-year-old mum of two, who decided to retrain as a doctor after having worked in the Marks and Spencer’s bra department for fifteen gruelling years.

Jessica lives at home, so isn’t very immersed in student life but those who have added her on Facebook have since unfollowed her because she kept posting those inspirational Minions quotes. Jessica is very nice, but she also looks like she would spit on a tissue and wipe your face with it. And she dresses like a primary school teacher.

Jessica told The Tab, ‘the most precious jewels you’ll ever have around your neck are the arms of your children’. Thanks, Jess, we’ll bear that in mind. 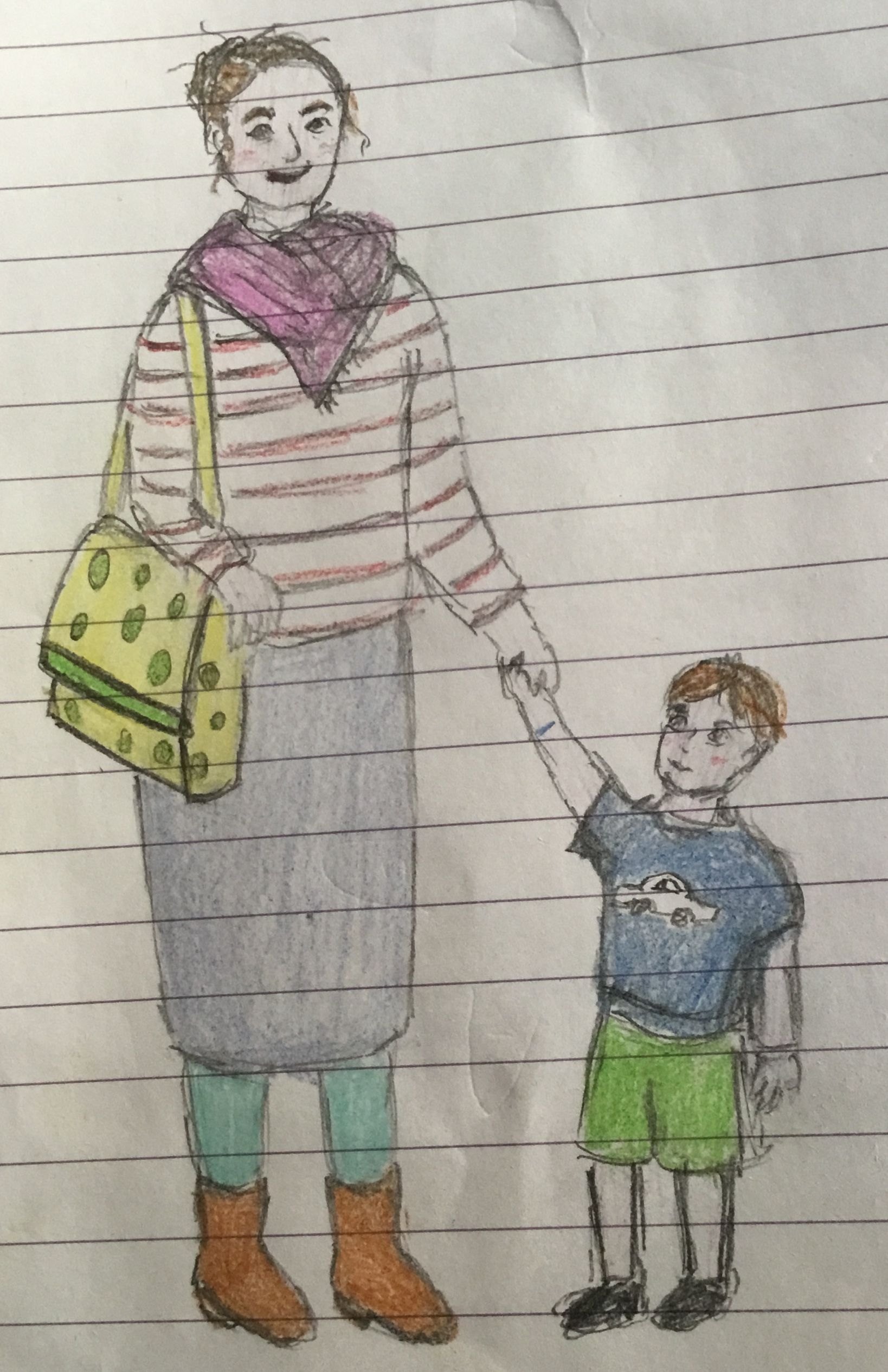 Jess poses with her son Alfie, having wiped his face with a spit-covered tissue just seconds before

Sam is in the choir. And she rows. The former means her evenings are spent in a chapel or at formal and the latter means she gets up and goes to bed early to enable herself to row at ungodly hours.

This excessively full extracurricular schedule means any normal student will never meet Sam, who spends any time where she isn't singing, rowing, or in transit panic-writing essays and struggling to meet deadlines (or maybe writing compositions; we aren’t actually sure what music students do).

Sam was able to speak to the Tab as long as we jogged alongside her while she cycled to the boat club, saying ‘it’s really hard work juggling all my commitments, but I’ve got used to the early mornings and it’s so rewarding to be involved in lots of things. Honestly, I thrive on being busy’. The Tab then witnessed Sam pass out from exhaustion. 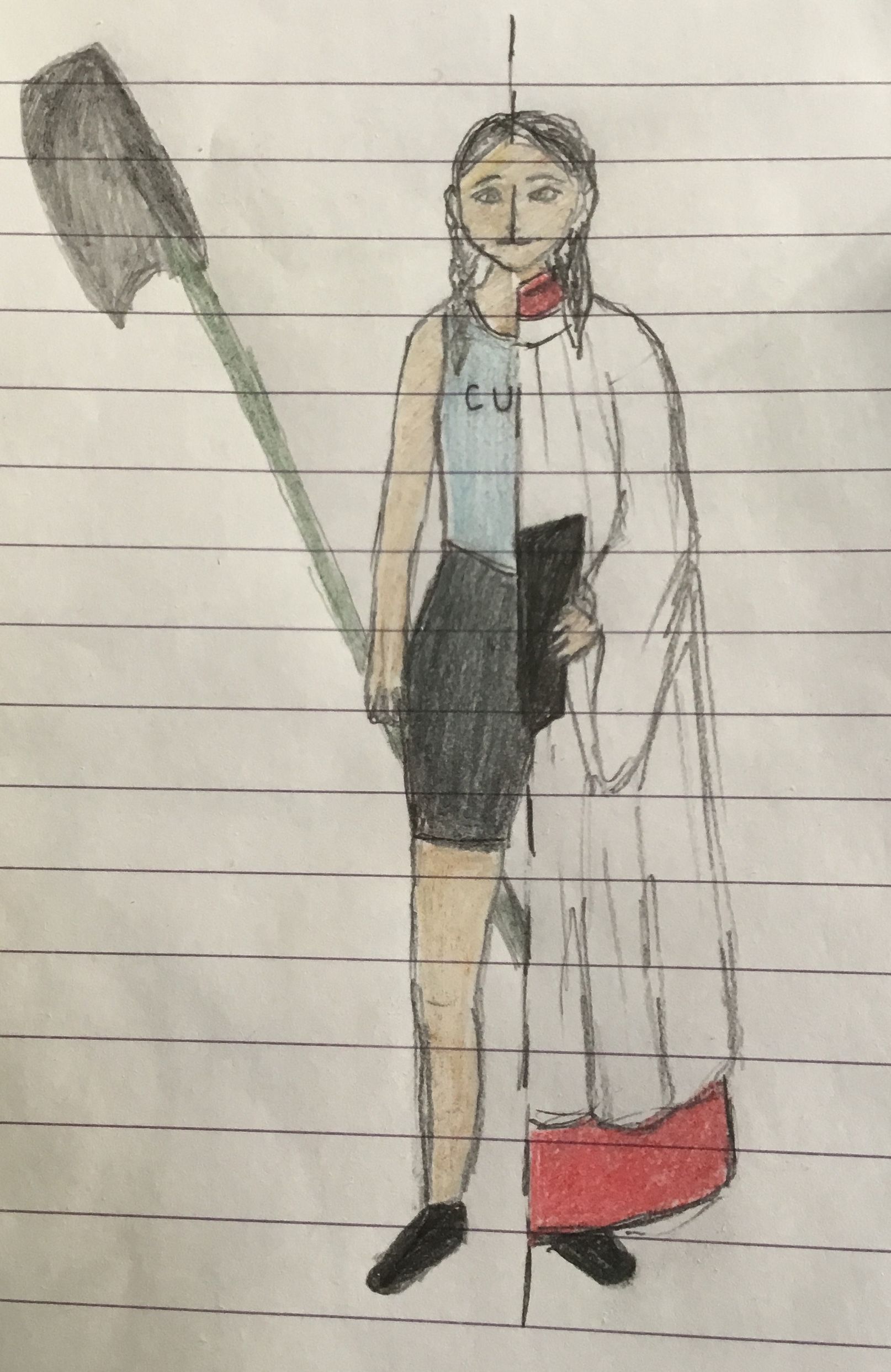 Sam, this is an intervention. Please do less.

David spends his free time completing extra algebra, sneezing onto door handles and posting on anti-feminist subreddits. David does spend a lot of his time studying in his room alone, but the main reason he is a BNOT is that nobody wants to know him.

Even other mathmos despise his Trinmo superiority complex. Plus he once posted on Facebook that the gender imbalance in maths is probably because women’s brains just aren’t designed for the subject, meaning he is now shunned by anybody who had met him at Trinity.

Unbeknownst to many, you can actually find David on Tinder, but you would not know you had done so because his only photo is a Pepe meme.

David is also a member of the Monday Steak Club

Crispin has made the BNOT list by interacting exclusively with other ex-boarding school boys. His one great ambition is to get into the Pitt Club and he’s on that dating app for ex-private school students.

Crispin has managed to ward off any potential friends who aren’t as posh as him by talking excessively about his house at school and how much he resents the foxhunting ban.

He is, of course, in a drinking society but will deny this vociferously in 2045, when allegations will threaten his position in the cabinet. Crispin told The Tab ‘I’m glad to have beaten the plebs at something’. Tough luck Crispin. You aren’t even number one.

Ellie is from London and returns there every weekend to see her Mum and her home friends. As a result she doesn’t really have a social life within Cambridge, and anybody who does talk to her will hear about nothing apart from how lame Cambridge is compared to the bright lights of London and how her home friends are so much cooler than everyone in her year.

She’s never really left her emo phase and told The Tab ‘I don’t want anybody to know me, everyone here sucks’. 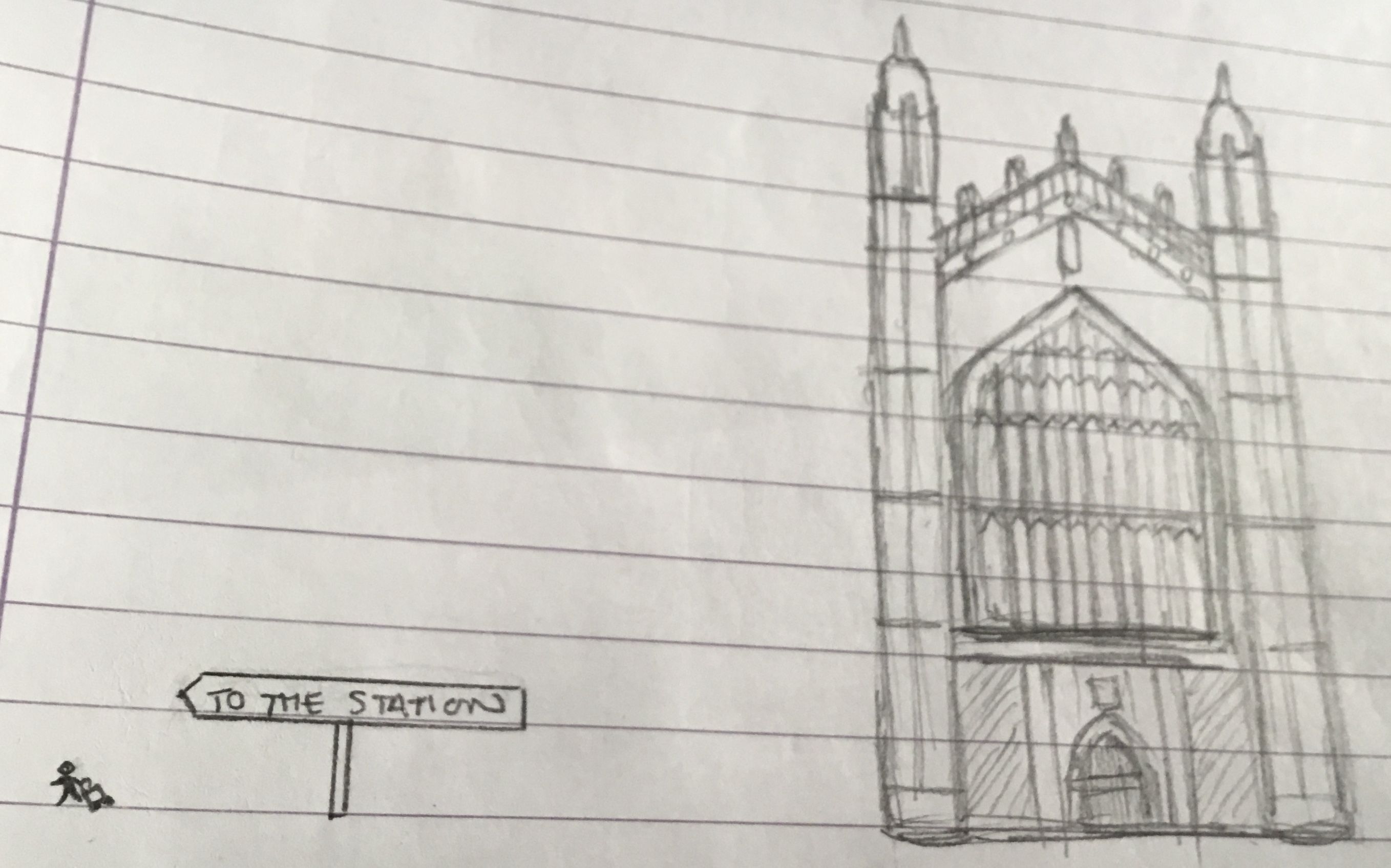 Ellie ignores the sights of Cambridge to go home again

Jack is a grad student so he has never met an undergraduate, apart from the time a CU member tried to give him an events week flyer when he was in the Porter’s Lodge.

It is rumoured that as a grad student he lives in an actual flat and nobody is entirely sure what subject he is studying. Is it English? Modern Languages? We will never know, because we will never meet Jack.

Rumour is he is always hidden away in either the MCR or a dark corner of the UL. Jack told the Tab ‘I’m honoured, but I actually have a lot of friends in the MCR, so it’s a confusing win for me’. Jack, don’t be so silly, everyone knows the members of the MCR don’t read The Tab and therefore don’t count.

Who is this ominous figure? Most undergraduates could not tell you

Peter, like all ASNaCs, exists in a slightly different reality to all other Cambridge students. This means he is never seen by anyone outside of his subject.

This reality reportedly consists of about 57 contact hours a week and occasional mead horn usage, so is clearly a bizarre and scary timeline which we should be glad we are not in.

This is why nobody has ever met an ASNaC, they merely see the department and wonder why nobody ever goes in or out. The Tab were unable to get a comment from Peter, because the only time it is possible to cross into the ASNaC reality is when Halley’s Comet is visible. 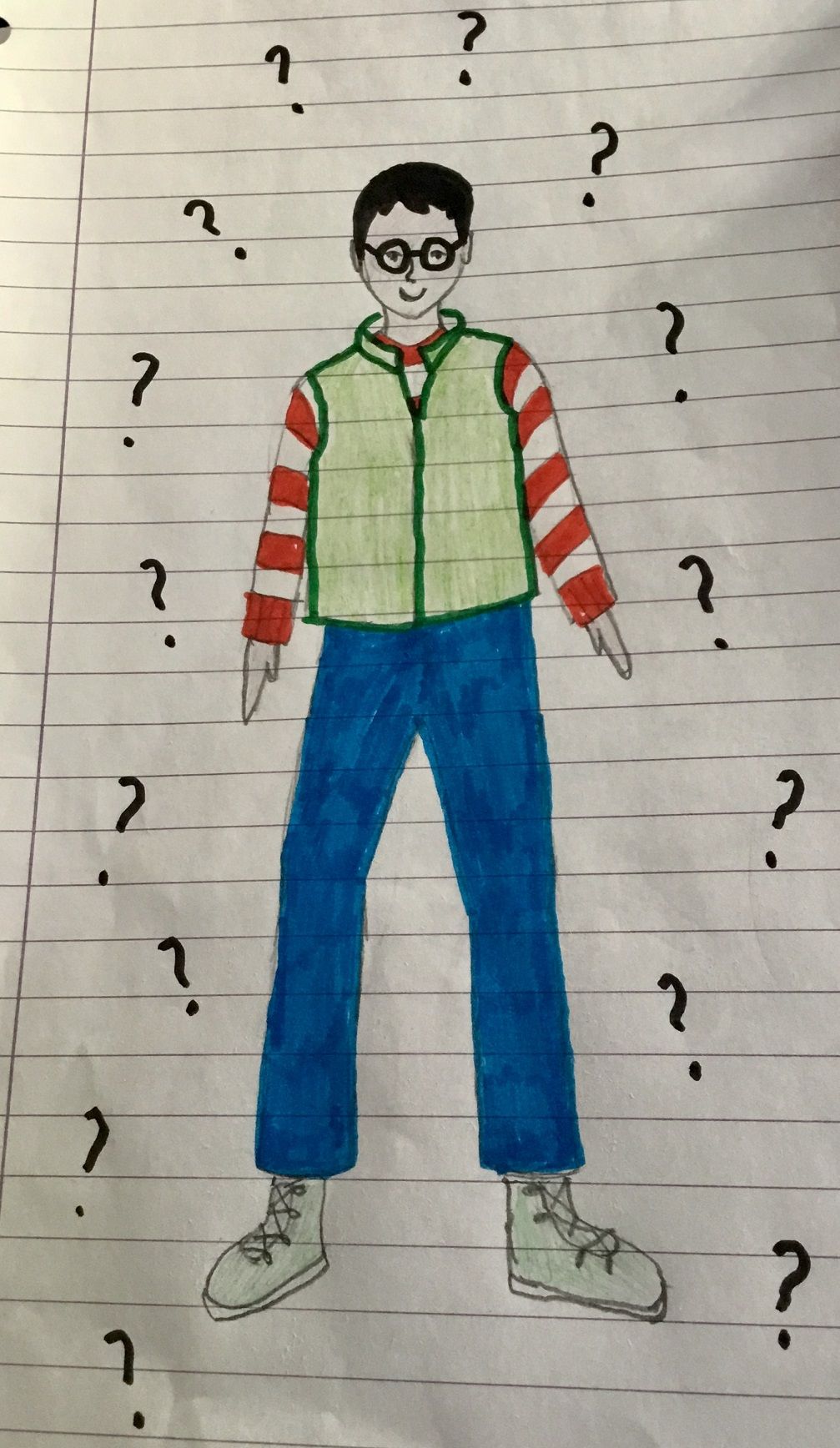 An air of mystery surrounds Peter

Hannah has carefully cultivated her BNOT status by going to a college that is miles away and by doing one of the few subjects where you will not even have a supervision partner.

In addition to this, she exclusively shops online or at the big Sainsbury’s opposite so only comes into central Cambridge for her supervisions. What about lectures?

Hannah does history, obviously she does not go to her lectures, they are not worth the journey. Hannah told The Tab ‘when I was pooled to Girton I just knew I could make the BNOT list, I’m so proud of this win’. It’s not really an honour Hannah, but you do you. 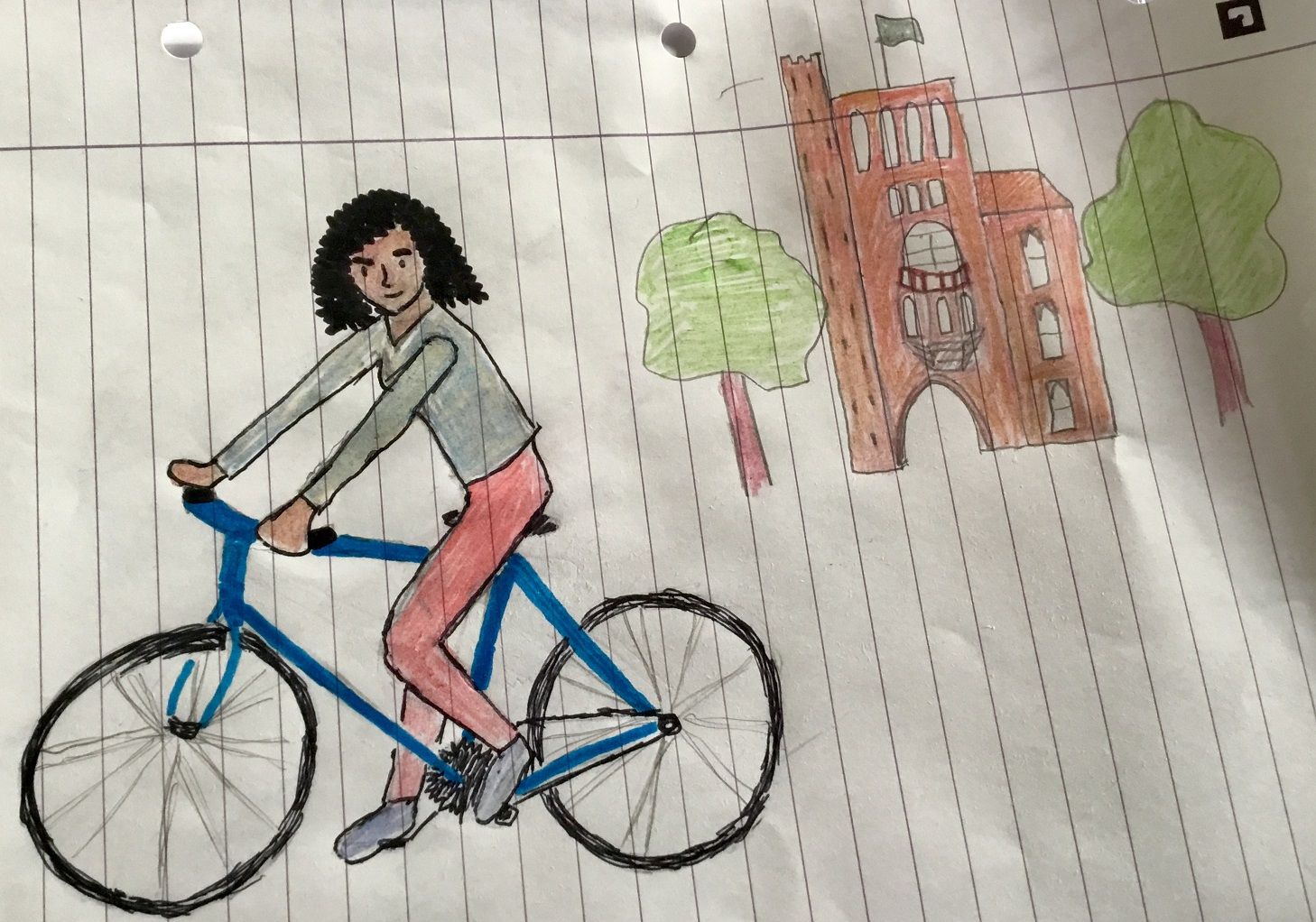 The artist of this is surprisingly not eight years old

This year's ultimate BNOT is Henry, who only three people claim to have heard of. It is possible Henry is a member of some sort of cult that advocates becoming a hermit for that is what he seems to be.

Even the people on his corridor struggle to remember he exists aside from when they see him collecting the dry rice cakes on which he seems to live from the kitchen. As Henry would not leave his room to speak to us we asked another Sidney Sussex second year their opinion of him and they said ‘there’s someone called Henry in our year?’ 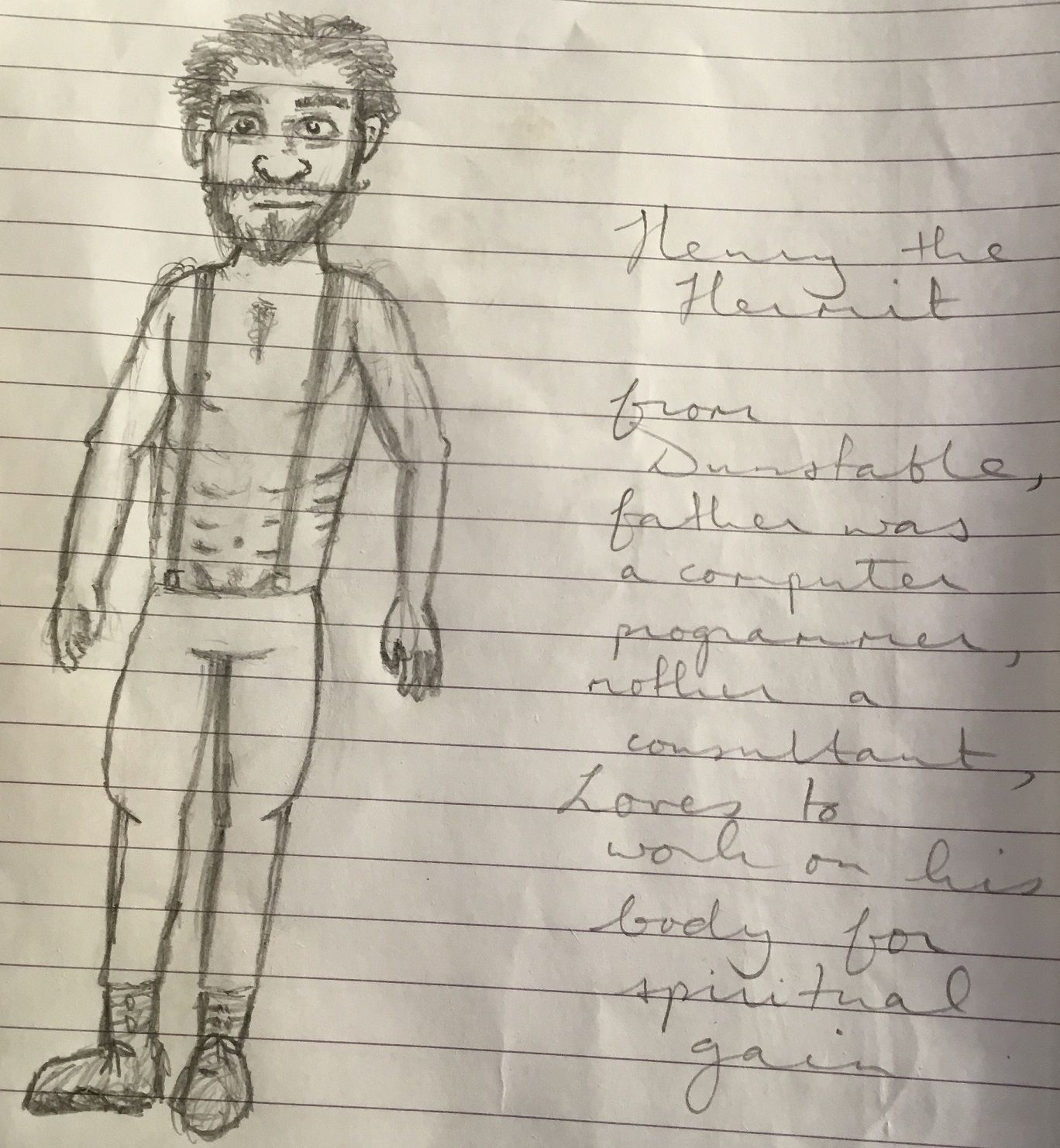 Henry is so little known that this is a mere guess at what he may look like – kind of a thirsty guess though, I really don't know what the artist was thinking

Well that's it for 2019's BNOTs, congrats to our winners but please guys, make some friends. And if you think you or someone you know is BIGGER than these BNOT'S, enter The Cambridge Tab's BNOC competition now: click HERE