Dame Stocking carries out these one-on-one meetings with second years annually, but this year has met resistance from the Murray Edwards Student Collective.

The Student Collective's grievance with the President comes as a result of her response in the Oxfam scandal of February 2018, when Oxfam workers were discovered by The Times to have hired sex workers during relief efforts in Haiti following the 2011 earthquake. The Murray Edwards students feel that Dame Stocking 'did not admit any wrongdoing' and gave only a 'weak apology' in response to the revelations, which included reports that 'groups of young prostitutes' were invited to the guest-house of the workers for sex parties.

In an email to second year Murray Edwards students, Dame Stocking stated that she was 'saddened' by the students' concerns but did not address the Oxfam scandal – nor her response to it – any further. 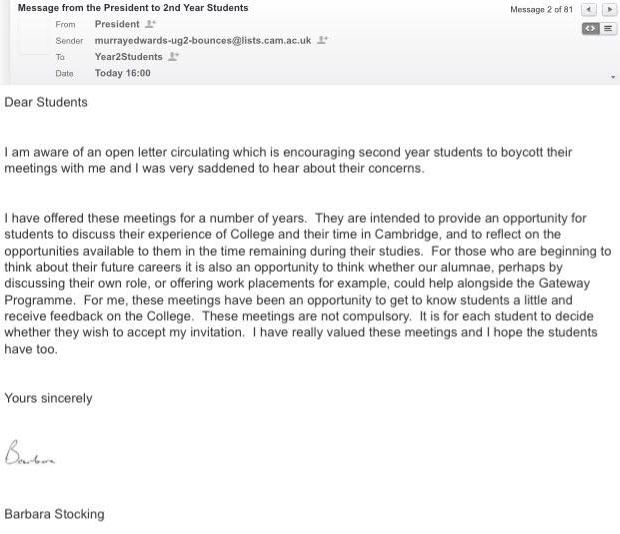 Stocking stated she was 'saddened' by the students concerns, but did not address the Oxfam scandal any further.