When the CEO of Spoons came to town

Tim Martin, CEO of the popular pub chain, has dived head-first into the political debate over Brexit, going on a live action tour of the country to espouse his support of leaving the EU without a deal. Today's destination: The Regal, Cambridge.

It’s probably no surprise that, upon arrival at Spoons, Martin's first words were directed at his bodyguards: requesting they "hang around here, just in case". As it happened, the bodyguard’s only contribution to the hour-long discussion came in the form of bemused giggles from the background.

Considering The Regal probably enjoys amongst the highest footfall of Europhiles in the country – if Cambridge’s 74 per cent Remain vote was anything to go by – Martin’s visit was never going to be an easy ride. 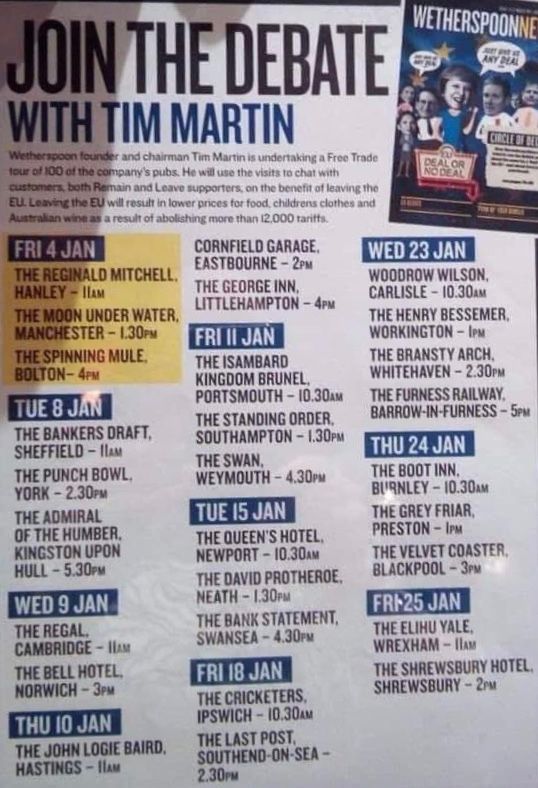 Who needs the Union when you have the pub!

This isn’t the first time the Wetherspoons owner has used his chain as a springboard into political debate: he spent £40,000 of his own money on half a million anti-Euro beermats and posters when Blair flirted the single currency in 2002, and printed another 500,000 during the 2016 referendum campaign. 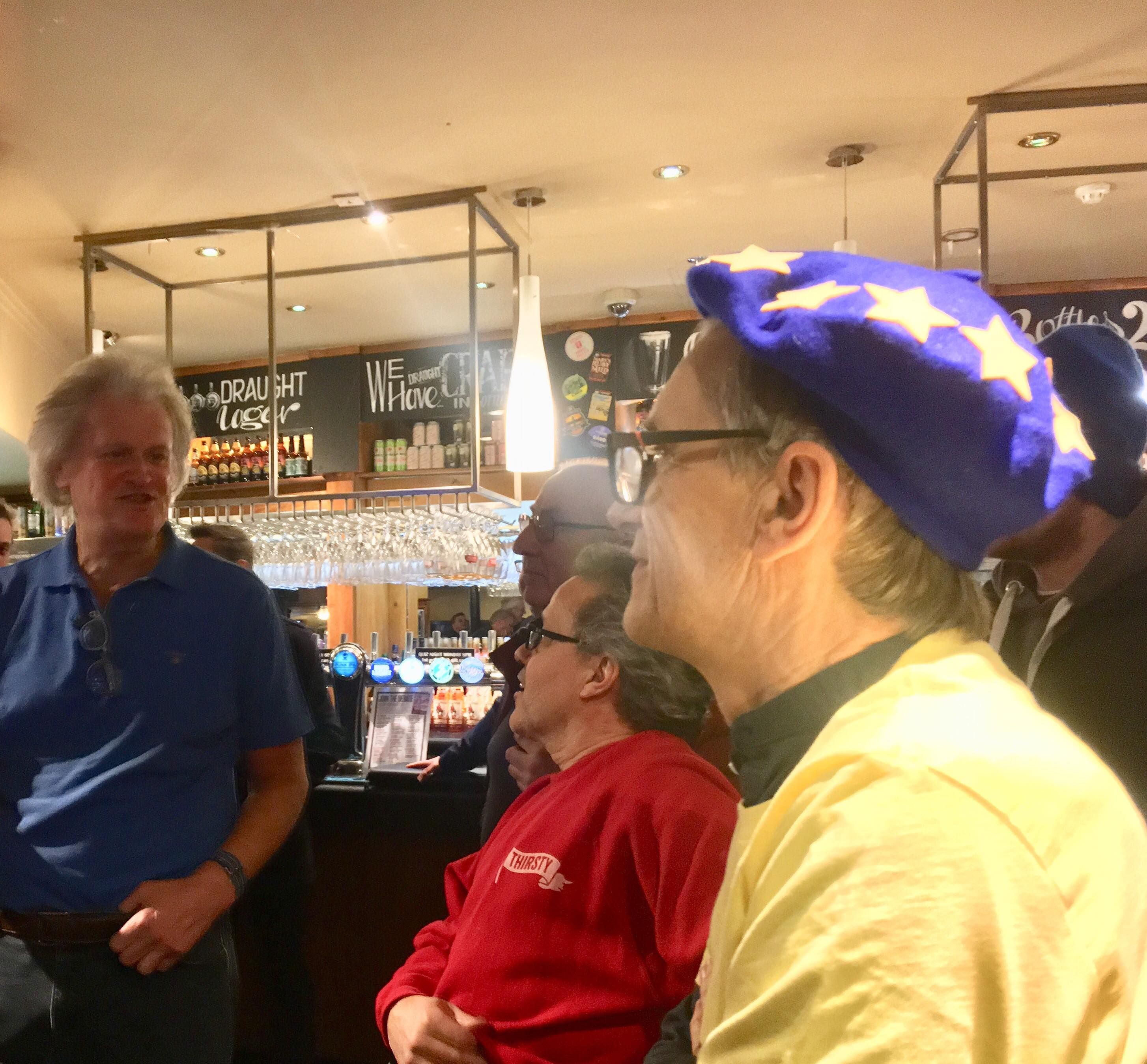 But, Tim Martin is perhaps not your traditional Brexiteer. He recently affirmed his belief the UK has benefited "socially and culturally" from the EU to the Guardian, and claimed to harbour no hatred for the Supreme Court ruling that Parliament, rather than the Prime Minister, must trigger Article 50.

Nonetheless, his Brexiteering view was certainly a minority one at Spoons on 9th January. Martin whole-heartedly supported a No-Deal Brexit, arguing that this would shirk the £39 billion divorce bill, eliminate £3 billion worth of tariffs and escape the EU’s "democratic deficit".

Martin did strike upon one – and only one – point of commonality with his audience, arguing that "regardless of your opinion on Leave or Remain, the current deal is a bad one". I can confidently speculate that this was the only time that the man wearing the EU beret nodded.

Particularly as the popular Brexit debate outside Westminster has soured in recent weeks, the event at Wetherspoons was refreshingly devoid of accusations of Nazism. Considering Martin’s audience had turned up with the sole intent of disagreeing with him, the overall tone of the event was remarkably respectful of both Leave and Remain views: a rarity in contemporary political debate.

Most importantly, a guarantee was wangled from Martin that if the 8p EU tariff on wine bottles is abolished in March through a no-deal exit, he would pass on that saving in Wetherspoons' prices.

So there’s your silver lining on a no-deal Brexit: 8p cheaper wine in Spoons!