The Corpus Clock was targeted

According to a Facebook post issued by Cambridge Zero Carbon Society, in today's action the Corpus Clock was specifically targeted in reference to this time-based theme of the protests.

Another group of protesters were involved in a "die-in" in Old Schools Room-the central administrative head quarters of the university of Cambridge in order to further protest the role of the university in fossil fuel usage. 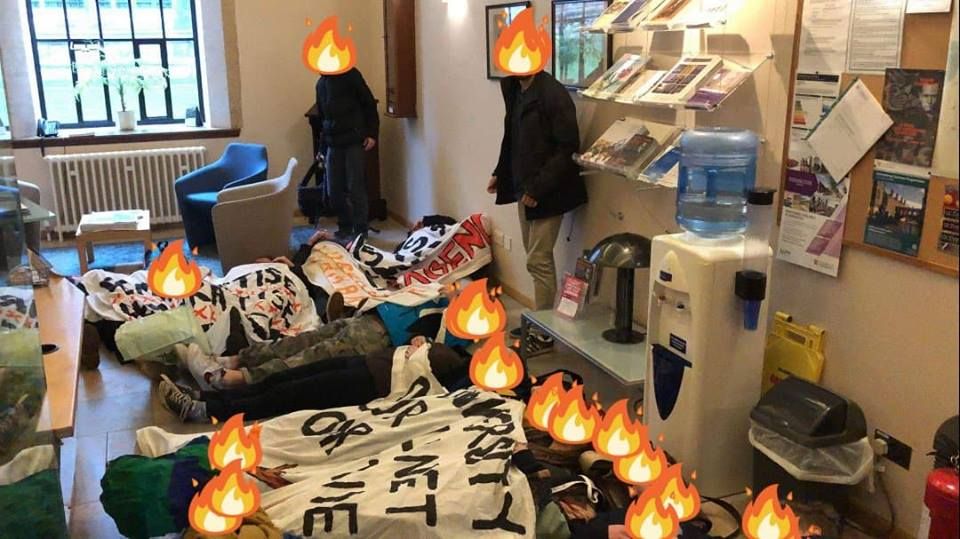 This protest is lit af

Today's protest was part of a nation-wide day of action with similar events in 12 different universities also being held, all calling on their respective universities to fully divest from fossil fuels.

This action comes after the prolific protests of last Friday when hundreds of students joined Zero Carbon in protesting the university's fossil fuels investment policy, and earlier actions in the term such as a university wide banner drop protest and another Zero Carbon protest at the Shell Annual Lecture.

A spokesperson for Cambridge Zero Carbon said: “The message we sent today is clear: time is running out for Cambridge. The university must act now to put an end to its complicity in climate breakdown.

"We will not allow Cambridge to continue funding companies engaged in the destruction of the planet and the devastation of the lives of marginalised communities across the globe.”

Girton Spring Ball: The one thing that’ll make you go to Girton…