A roller-coaster of an evening

The CU Chinese Orchestra Society 11th Anniversary Concert was an undeniably special evening, despite having its ups and downs. The atmosphere of the pieces varied between peacefully meandering and keenly celebratory, while the performances themselves were balanced between extremes, and swung between perfection and displeasure. 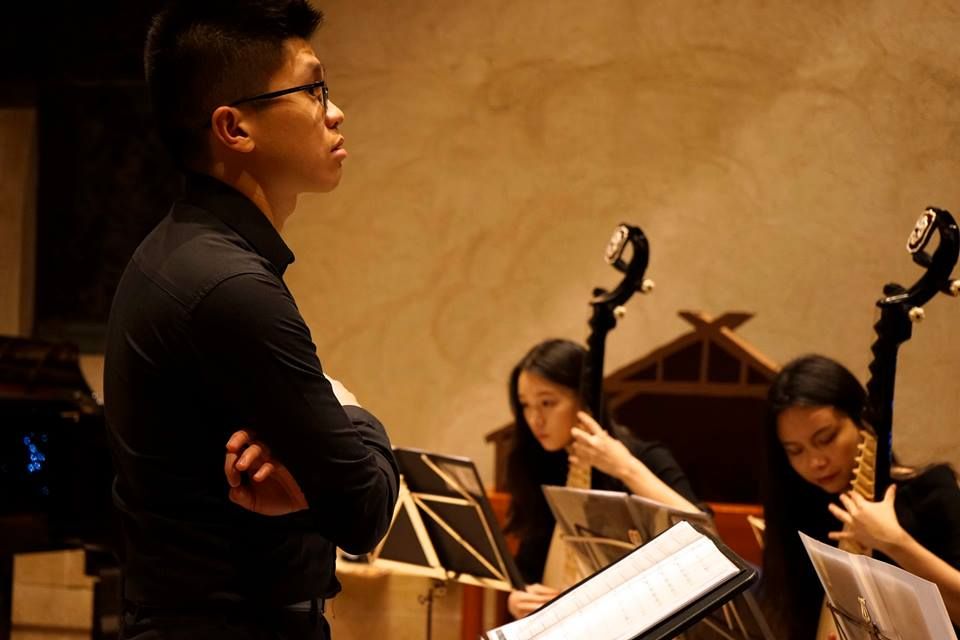 Although entering the West Road Concert Hall you could suppose that the concert was reserved for a Chinese audience, the event was bilingual and was warmly welcoming to everyone. This same fusion between the East and the West (Edward Said would surely revile me for using this binary model) was also reflected by the selection of the musical programme. The first half of the concert consisted of pieces written by Chinese composers for a Western Instrument Division, while the second part of the evening was composed for traditional Chinese instruments and a joint orchestra.

At first the Chinese music played by the western orchestra was unusual to an ear unaccustomed to such harmonies. It built so much on the memorable tunes of Chinese folk songs that a man sitting behind me began humming them (most of the time, fortunately, in tune). The pieces we heard resembled symphonic poems, and described landscapes, traditions and stories. The opening piece, Symphony Condor Heroes, was inspired by a wuxia novel, a Chinese science fiction genre about martial arts heroes, and the music follows the story of the novel's protagonist acquiring knowledge of martial arts from his master.

The Dance of the Yao People by Liu Tieshan and Mao Yuan began with a soft pizzicato meant to signify nightfall, followed by a more vivacious melody which attempted to describe the character of the Yao people. The Lucky Collisions, composed by the conductor of the Western Instrument Division Alex Ho, further bridged the gap between East and West as it engaged Chinese folk songs with Western instruments and a Chinese cymbal, the yangqin. 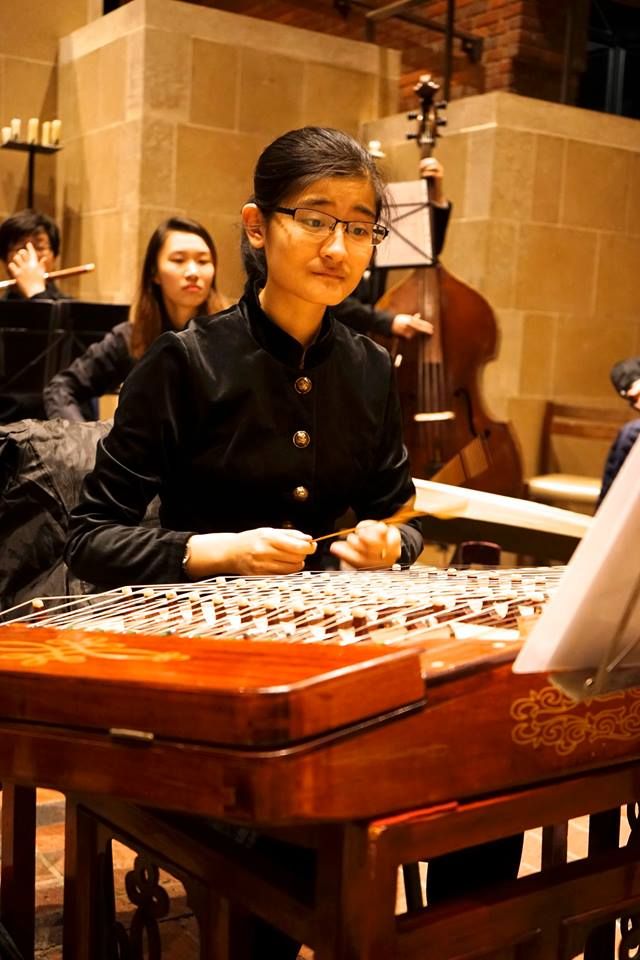 Piano soloist Shuting Cai, who also accompanied the Western Instrument Division, played three pieces from the Mermaid Suite flawlessly, which animated the lives of the mermaids in the sea.

Sadly, the Western Instrument Division was not always a match for the more difficult pieces. The sensitive intervals and rhythms needed no more than the tiniest bit of delay between the different sections of the orchestra to have a displeasing result. However, the performance of the woodwind section was outstanding, especially the clarinet and the bassoon. 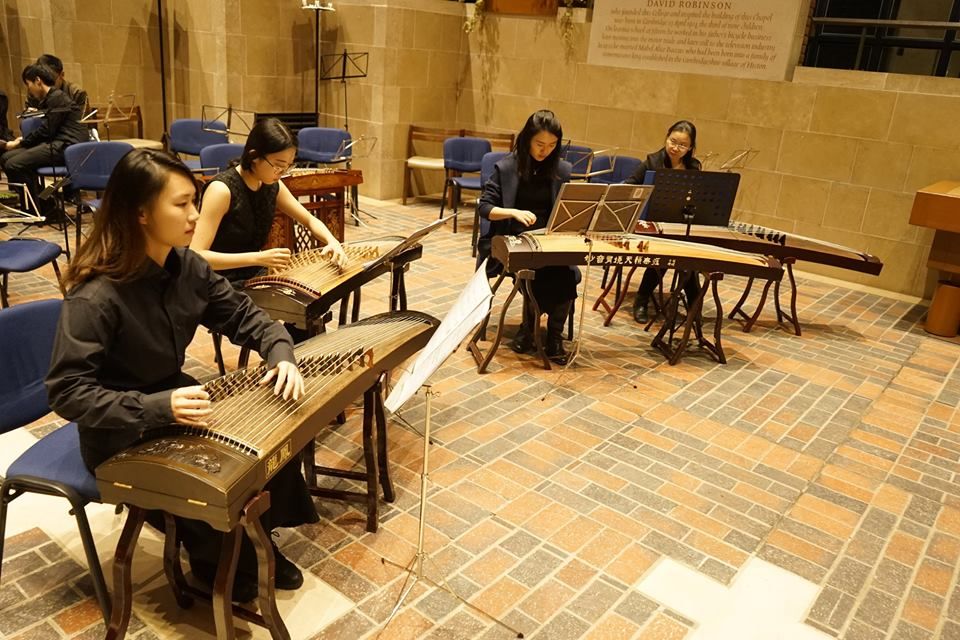 The Guzheng Ensemble and the Chinese Instrument Division, playing on traditional Chinese instruments, were the real highlights of the evening. Especially amazing was the erhu, the Chinese folk violin; it was a perfect mystery, since no strings could be seen on it from where the audience were sitting. 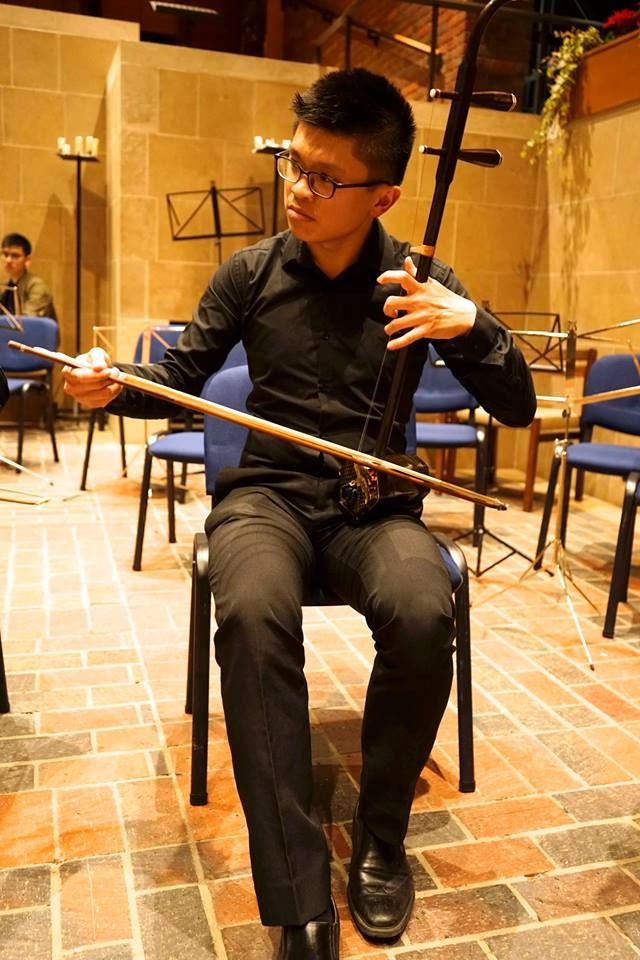 A passionate post-event googling clued me up about the erhu: in reality it has two strings, between which the bow is inserted. It can produce almost any voice from birdsong, to nickering noise, right through to sorrowful melodies.

The programme designed for the Chinese instruments continued the poetic tone of the concert. The Terracotta Warrior Fantasia gave an insight into the suffering and emotions of the real imperial soldiers leaving their homes and family. Reminiscing the Red Chambers resonated with one of the most popular Chinese novels, The Dream of the Red Chamber, which tells the story of a tragic romance. The joint orchestra played the Jiuzhaigou Fantasy which depicted a Chinese landscape, and closed with the Gada Meilin Symphonic Poem built on a Mongolian folk song which evoked a dramatic war scene.

Apart from the not always technically perfect performances, overall it was a warm and joyful evening, which left a very special touch and lifted the spirits of the audience.