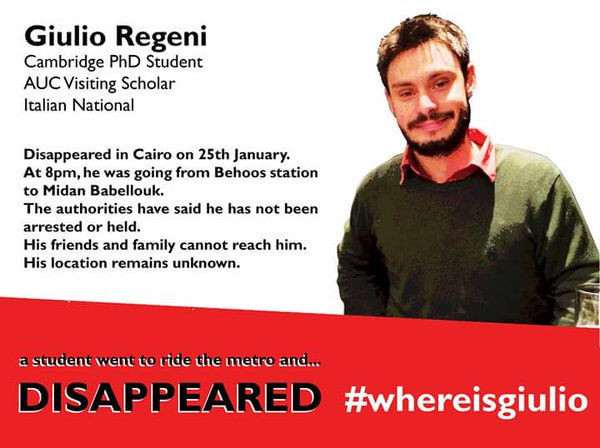 Giulio's friends and family alerted the public that he was missing. Tragically he was found dead two weeks later.

His body was found two weeks after his disappearance, bearing evidence of torture. After extensive campaigning from Giulio's friends, an investigation was launched. However, the lawyer investigating the case, Ibrahim Metwaly, has since disappeared on his way to Geneva to address a United Nations meeting about disappearances, particularly addressing the case of Regeni.

Mr Metwaly has notable experience in fighting against forced disappearances. He is founder of the group "Stop Enforced Disappearances", which aims to discover the truth about people who "disappear" in Egypt at the hands of security forces. Moreover, four years ago his son disappeared, and has not been heard of since. 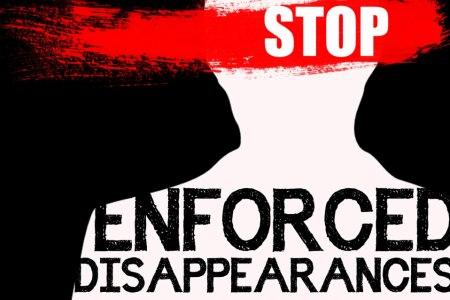 This is the latest in a long and complicated line of developments in the Regeni case. The Italian government withdrew their ambassador to Egypt in protest that the Egyptian government were carrying out a sham investigation into his death. 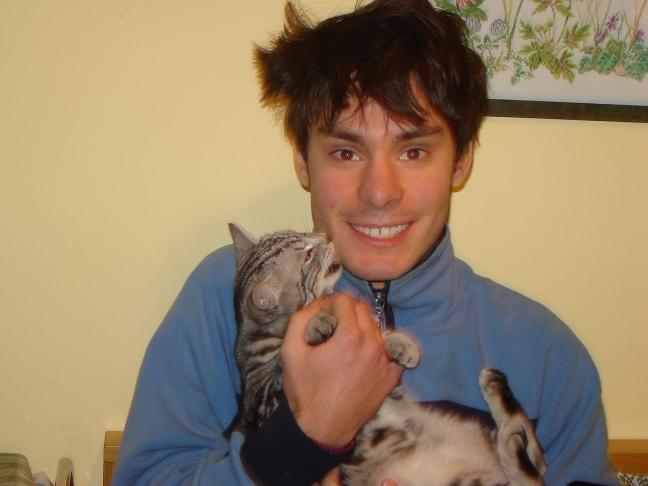 Despite renewed calls for a more in-depth investigation into his death from Cambridge on the one year anniversary of his disappearance and death in Lent term, it seems that at every stage this investigation is facing setbacks from the Egyptian government, and that we still no closer to discovering the truth about what happened to Giulio Regeni – or indeed, to the lawyer helping his family.