May Week is finally here. Glorious sunshine, constant flow of cava, and finally some drunken Cantabs to provide us with interesting gossip.

The first ball of May Week, Robinson May Ball is usually cheap, cheerful, and a great start to the season. However, not only did the fire alarm go off within a few hours, there is also more drama from their headliner coming on stage in blackface. The act had formerly caused drama at Durham for using cosmetics to artificially darken her skin tone, and Robinson quickly came under fire for hiring her – something which they said that they had not intended to cause any offence. 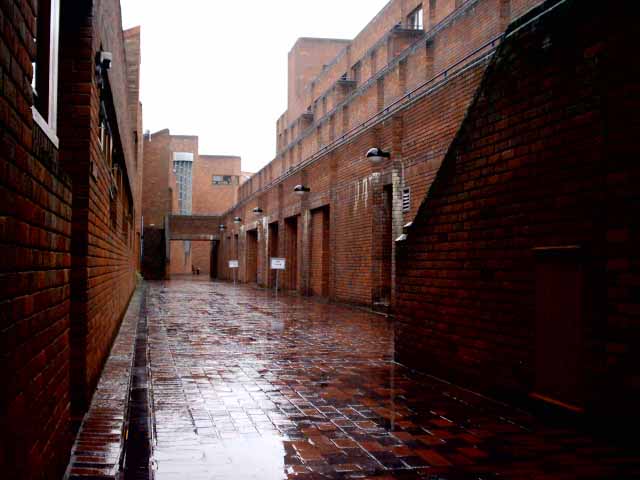 I would try to make a comment about Robinson being ugly but honestly this picture is enough.

It hasn’t been a good year for Pembroke. After making the national press multiple times for #culturalappropriation, they are not literally as well as metaphorically falling apart. O staircase in Pembroke has collapsed and the entire area sealed off. One student at Pembroke who saw the staircase told us “There’s literally a big hole in the middle of the staircase you need to jump over”. Not good news for students drunkenly stumbling back to their rooms at the end of May Week. 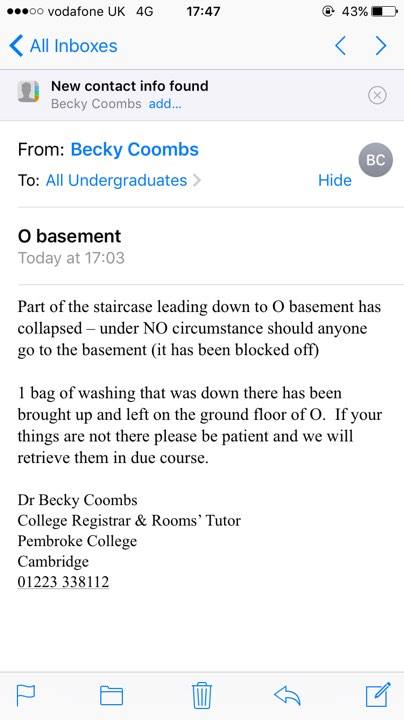 Students and “millennials” are lambasted so frequently in the press as the ‘snowflake generation’. It seems they have reached a new low, condemning other news outlets for attempting to be accepting of gender identity – what a novel and exciting idea?!?!??!?!

Earlier this week, The Tab revealed the devastating effects of Cambridge on menstrual cycles – predominantly as a result of stress. Instead of, like other news outlets, focussing on this shocking statistic, they decided to focus on the gender neutral language used instead. Sorry precious 40-year-old straight white male, I didn’t realise this is so damaging for you – let’s all just go back to our disrespectful ways and surely the world will be a better place. 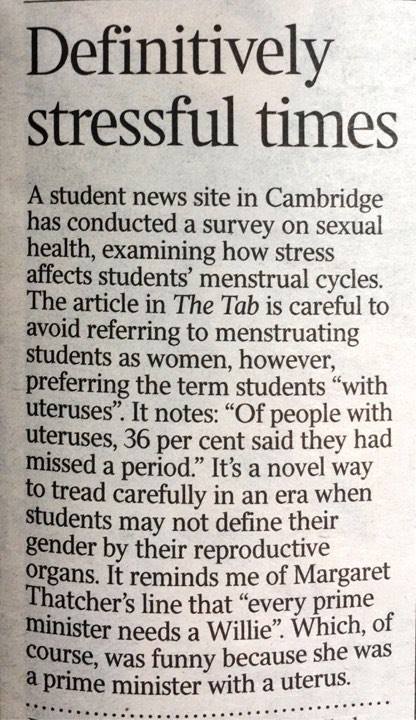 Oh of course, I didn’t realise that being respectful of somebodies gender was so fucking offensive

Cambridge City Council is just as useless as ever

Fly-tipping is an issue in every city. But instead of actually clearing away the waste clogging up the streets, CambridgeCity Council have taken up procrastination only rivalled by the procrastination of weary students this past term by just sticking something on it and saving it for later. 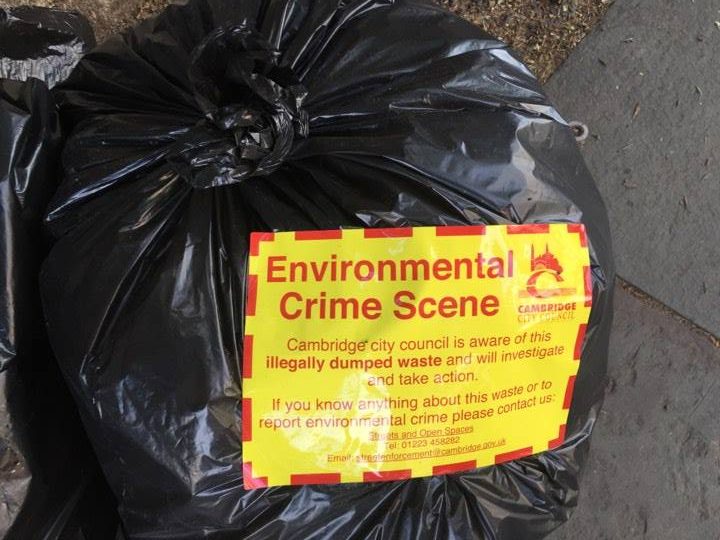 As always, if you have any news you think could be worthy of The Tab, drop us an email at [email protected]