The Tab talks to Katie Hopkins, who actually means everything she says

‘The bar for libel is lower than my labia’

There’s something about Katie Hopkins that makes you wonder whether she is all she claims to be.

“I genuinely believe everything I say,” she assures us with almost too much confidence to be believed. “It’s not just a flippant moment of ‘how do I get a reaction…’ it’s my belief.”

“So how would liberal snowflakes like us win an argument against you?”

“I would never call you that! You called yourself that!” she is quick to jibe. “Oh so easily. You’re smiling, you’re already winning!” 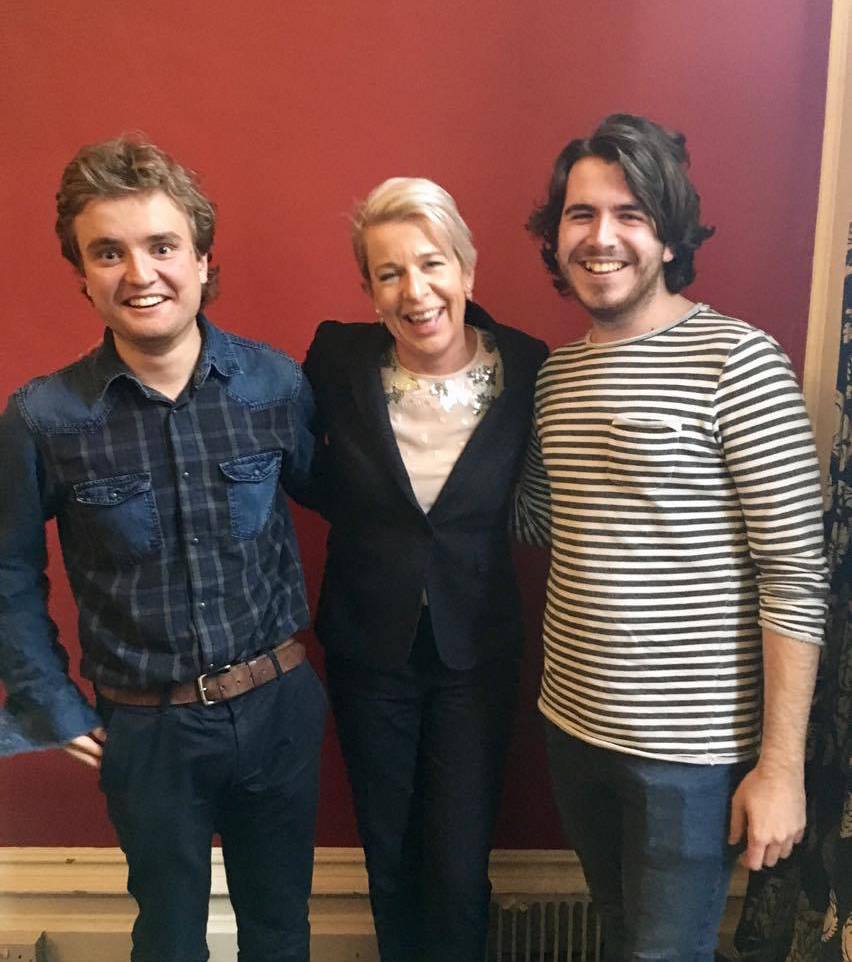 Conversation begins with a discussion on Cambridge, London, and the perceived metropolitan bubble that binds the two cities, a bubble Katie is determined to burst.

“In my daily life, I see it as London and the rest of the UK. I’m not going to do a Lily Allen and say I ‘speak for Britain’ – that would be crazy. But I sit with them [the rest of the UK] and I speak for them. So when I come to London I feel like it’s another country.”

“In many ways Cambridge is like a little microcosm of London…You come to Cambridge and you’re like ‘Oh, I don’t know this place.’ If we distributed you [she beadily looks at us] around the UK, you might struggle a little.”

Hopkins has a profound belief in her “tribe.” She is very vague on the specifics of this tribe, but is confident that she speaks for it, and that universities are rarely a part of it.

“I’ve done more than you in trying to shift people’s thinking. The worst thing we have here is the silencing… we see that now with the liberal fascists that are all pervasive on other university campuses.”

Oxford and Cambridge, she assures, still stand out as “bastions of hope” in the free speech debate. But this doesn’t stop her having a jab at the President of the Union, Harry Stovin-Bradford.

“Its disappointing for me that for the first time the President of the Union has chosen to put his views out on the Tab”, referring to the President’s article clarifying his distaste for Hopkin’s politics.

“I am okay with being criticised as a person, but I think for the Cambridge Union, that has protected and preserved free speech, it’s not okay for the President to say whether he agrees with me or not… he puts himself on the picket line… that’s not very professional for the President of the Debating society.” 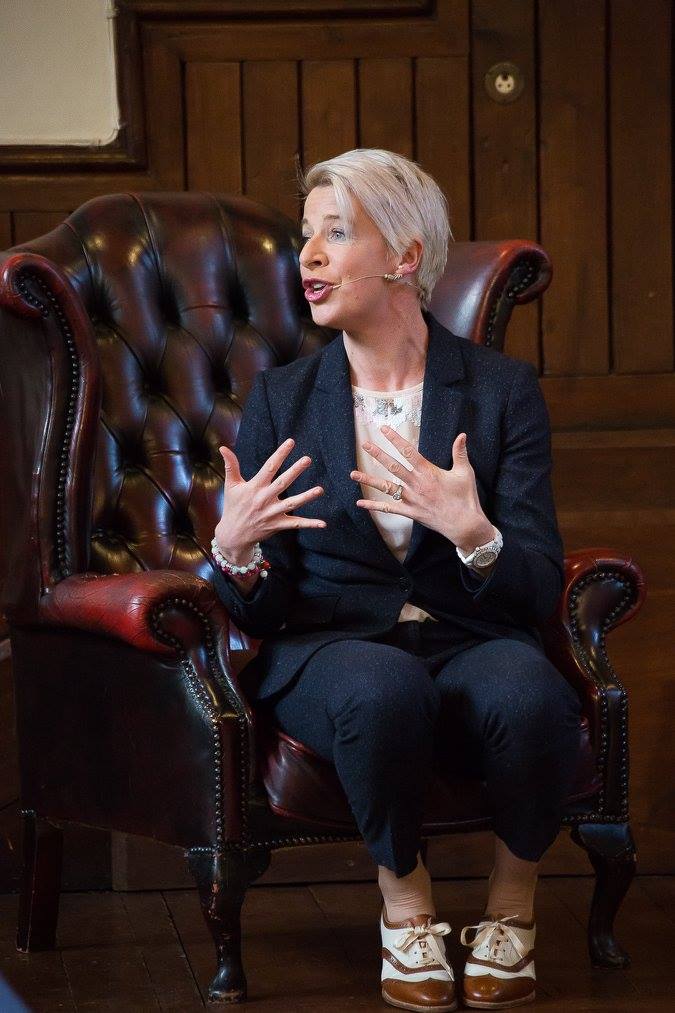 Unsurprisingly, Katie’s talk at the Cambridge Union was met by a loud onslaught of protesters. “On my way here, I asked if I could come in via the prostestors, so I asked if I could cross over the picket line, so we could chat. Because for me, it’s all about the conversation.”

However, Hopkins concedes that the reaction has been just as important to her career, something she freely admits. “That’s completely correct. Absolutely… I would tell them [the protesters outside] YOU are Frankenstein and I am YOUR monster… and Frankenstein must have been a bit pissed because the monster is doing alright.”

There is also something of the prophetic about Frankenstein’s twitter creation. “I have a big voice in America. I like to think I am taking the UK to a bigger platform,” she notes, an alt-right Moses leading her tribe across the Red Sea.

For the most part, Hopkins continues in this bold, brash and unapologetic style which is both audacious and emotionless in equal measure. In spite of this, vulnerability is not lost on Katie. She admits her words have consequences, and that such words have led to damaging run-ins with the law. In March, Hopkins was ordered to pay £24,000 in damages and £107,000 in legal costs to Jack Monroe over an abusive tweet. She has appealed the ruling.

“Libel is definitely an example of where words count…it seems the bar for libel is lower than my labia.” 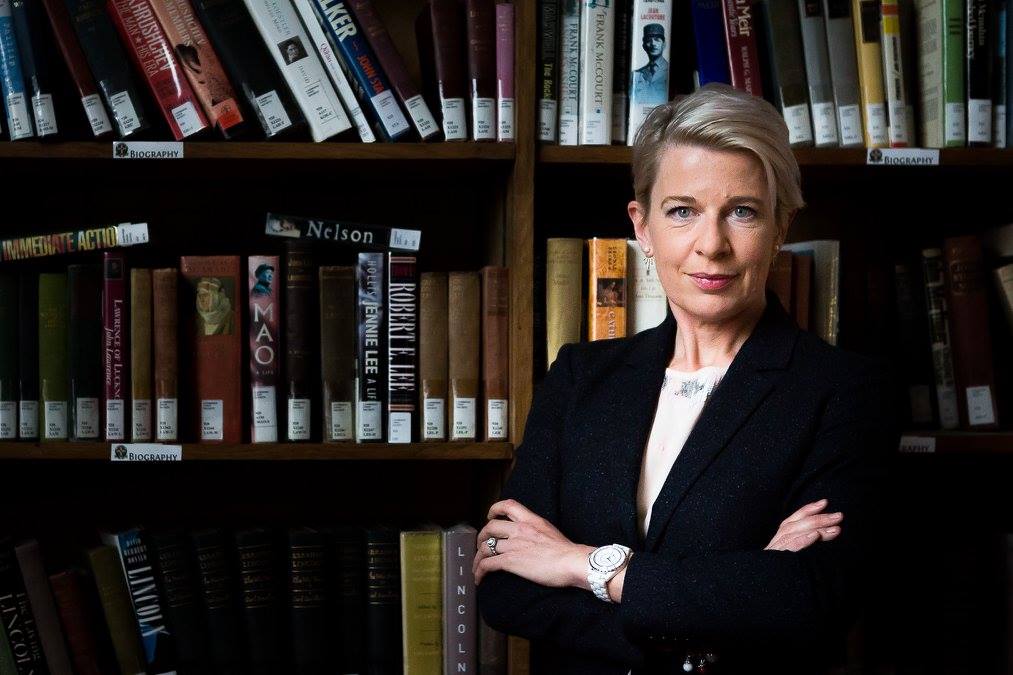 Before Katie heads off we inevitably get to politics, something she clearly takes considerable pleasure in discussing. Her views are generally unsurprising.

“So how hard do you like your Brexit?” We ask.

“Very hard.” She giggles cheekily, “as hard as it comes.”

“Theresa okay or Theresa no way?”

“Theresa more than okay! Terrific Theresa,” she says with delight. Her admiration for the Prime Minister seems genuine. UKIP, she asserts, is a thing of the past.

“I wish they would dissolve themselves… Ukip voters need to vote with their heads and not their hearts, if they have them.”

Katie Hopkins remains quite difficult to work out. She was ardently chatty and friendly towards the student press, yet never willing to mince her words when challenged. Does Katie Hopkins have a heart? Probably somewhere. Does Katie Hopkins believe everything she says? It’s hard to tell beyond her rhetoric.

But does Katie Hopkins represent the views of a lot of Brexiteers and Trump fans? Yes, and many Cantabs present at her Union talk didn’t seem to understand that.