Procrastinating is great and people who say otherwise are wrong

Welcome to what I hope, well you hope really, you’re the ones reading this, will be a somewhat interesting and memorable column – well that is what it is suppose to be if I am to follow the guidelines issued to me by the editor. You can be the judges of that.

I could have written my first publication about many things, but I had to decided upon one, it is something that has become a norm, that went from being your first attempt at using a big word to becoming an epidemic, something that no one would say they don’t do for fear of social exclusion, the idea that we ‘procrastinate’.

There have been a multitude of things written about this topic, so many that I am sort of regretting choosing it, so much for interesting and memorable, but whatever is relatable and click bait is good enough, right? 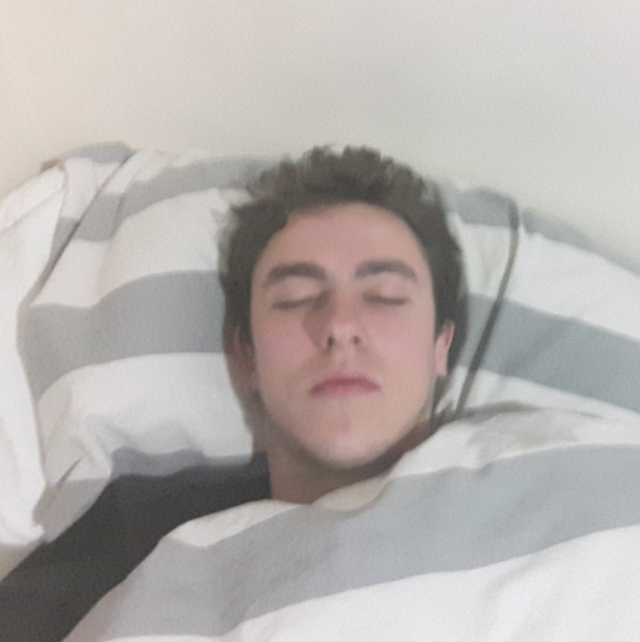 If you thought this was going to be about the vices of procrastination and all of the ways to reduce it then leave now, I’m sorry, this isn’t the guardian; this is deeply controversial. I advocate procrastination. And I don’t really think it exists.

Procrastination is not some sort of woe-some condition. It isn’t a terrible disease. If you feel like you are procrastinating all of the time you just have different priorities to the ones you think you are supposed to have. That’s fine. 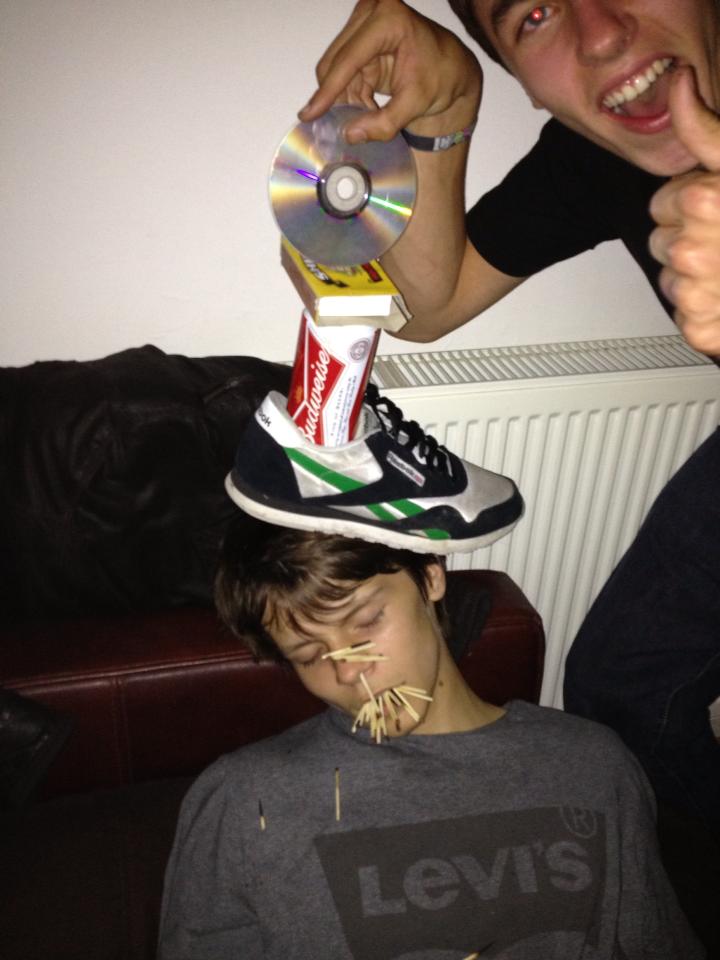 Definitely more of a priority than tripos

I guess if someone held a gun to your head and told you that unless you press the button in the next thirty seconds you’ll die but you do something else, you’ve got a problem. But usually our inaccurate perception of time is what makes us think we’re constantly procrastinating. It takes a remarkably smaller amount of time to do things than we think.

If you find yourself in a conversation where someone begins to bore you with how much they’ve procrastinated, if you’re confident enough, tell them it’s bullshit. Most people lie about this as well even though it doesn’t exist. A double whammy.

Or if you don’t want to make it uncomfortable place yourself in that cautious, socially acceptable middle-bracket, the ‘I’ve done some, but not too much’ one, which is universally acceptable and then quickly change the conversation. That conversation was over before it even started.

I know there are far more pressing issues to contend with at the present moment than this curious social phenomenon but if we all politely and firmly stand up against the procrastination menace we will all be better off. That is something of which I am sure. 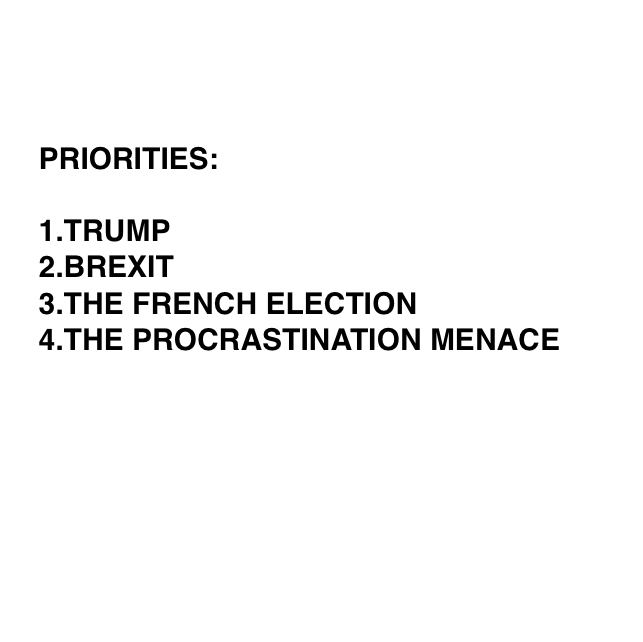 According to this official government report, the procrastination menace  is not far from being the number one issue of the day