The Vice-Chancellor is betraying Cambridge on climate

Last month saw a major political event. No, not that. Cambridge’s Governing Body – the Regent House – passed a motion to divest from fossil fuels.

Not only does this mean that academics have joined students in demanding divestment, it is also formally binding on the University.

But the University Council, led by Vice-Chancellor Leszek Borysiewicz, are not playing ball. Instead, they are merely promising another report into divestment, even though we just had one.

Secondly, it ignores a key mission statement of the University: a commitment to ‘sustainability and the relationship with the environment’. As we tip over into climate breakdown – the Arctic has recently been 20C hotter than normal – Cambridge is sacrificing its values at the altar of Big Oil.

Ours is an age of climate crisis. 16 of the 17 hottest years on record have occurred this century. The seas are rising, the droughts are intensifying and the poorest are seeing the deadly effects. And now the world’s second biggest CO2 emitter has been taken over by a man who has called global warming a hoax invented by the Chinese. And ExxonMobil’s former CEO is his Secretary of State. 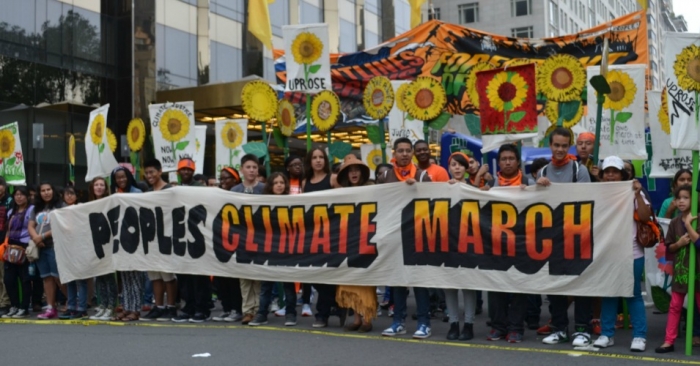 The resistance is global, and people-powered. Photo: South Bend Voice

The Paris Accord, itself utterly insufficient to prevent climate breakdown, is at risk.

The latest research demonstrates that there can be no new fossil fuel projects, not anywhere, if we are to stay within the universally-acknowledged 2˚C limit.

We must say ‘enough’. Our protest this week brought together liberation campaigns and societies from across the University to lay bare the injustices bound up with climate change, and draw our red lines for a fair and sustainable world. The industry which crushes indigenous nations at Standing Rock or local communities in Lancashire in an endless pursuit of profit is not part of this future.

For the University Council to continue advocating engagement with these companies would be laughable if it weren’t so damaging. We must make a moral statement against these polluters.

Council’s justifications for inaction are as flimsy as they are disingenuous. It speaks of its fiduciary duty – but fossil free funds continually outperform ‘black’ funds, and even the Governor of the Bank of England has warned of the impending carbon bubble. It is a chimera, an excuse to avoid decisive action.

It promises a report into divestment. But the last such report was an utter farce. It met in secret, its meetings unminuted. It refused to let Zero Carbon present our 74-page report, and ignored our 2,300-strong petition. Meanwhile, submissions were accepted from the Independent Petroleum Association of America and the former CEO of BP. Right.

Former Archbishop of Canterbury and Magdalene Master Rowan Williams wrote the preface to our divestment report.

We see this new report for what it is – a smokescreen, an obfuscation intended to kick the most urgent issue of our time into the long grass. The Vice-Chancellor is so desperate to avoid the issue that he refuses even to meet our campaign.

But climate change isn’t going anywhere, and neither are we. Cambridge Zero Carbon, and the wider university community, refuse to wait any longer. We demand that the council reverse this morally, financially and democratically dubious decision, and divest immediately. 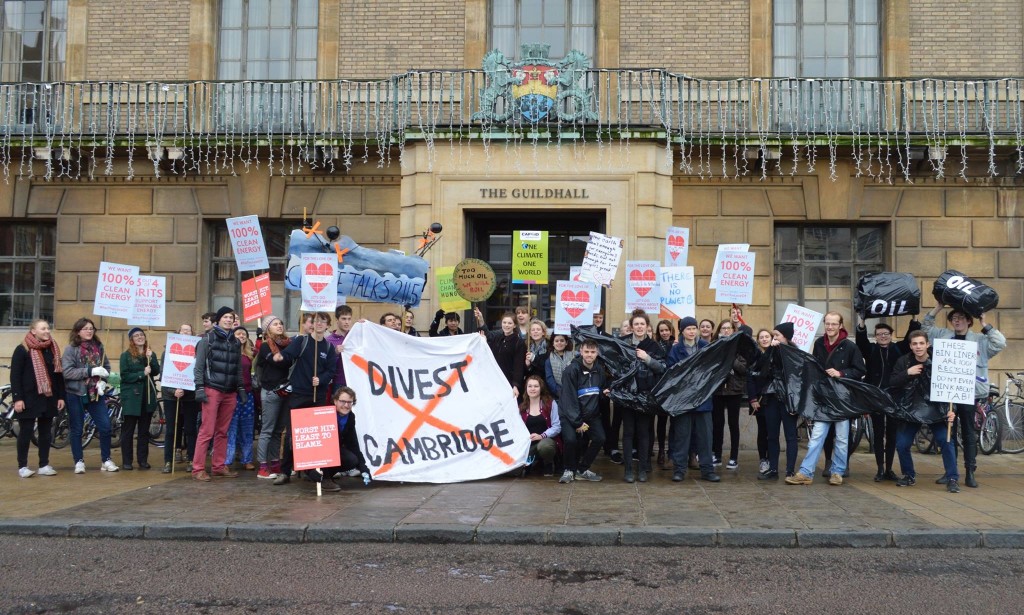 If it doesn’t, it can expect disruption. The University is currently undertaking a huge fundraising campaign, entitled ‘Dear World’. But it cannot expect to collect billions of pounds on the basis of its contribution to human progress while ignoring the mandate from its own members and its own science to divest from climate disaster.

Cambridge has clout – its actions reverberate around the globe. The direction of the world is terrifying right now, and it is easy to feel powerless. But we can make a huge statement for climate justice, here and now, by shunning the colonialist, extractivist, ecocidal fossil fuel industry. In doing so we are paving the way for a renewable, co-operative future. 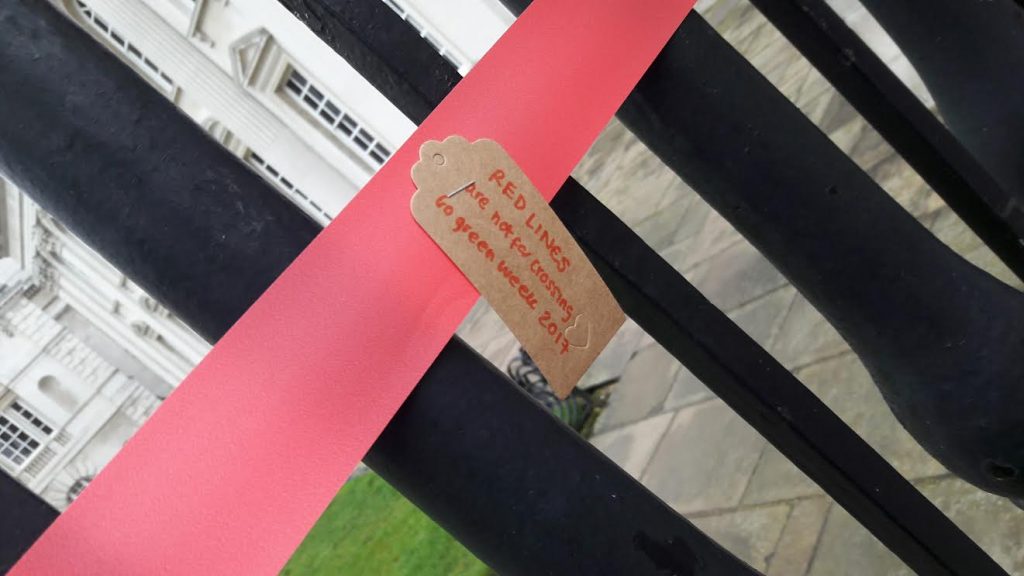 The campaign went on around Cambridge yesterday

If you agree, please sign our open letter condemning the council’s actions. Join us in calling for full, immediate divestment from fossil fuels.