Asperger’s isn’t what you think it is, the reality is far different

We need to talk about Sherlock

Sherlock’s finished, and mercifully so. Don’t get me wrong, I enjoyed the earlier seasons, with Holmes and Watson gallivanting around London solving mysteries, but the whole thing just got… well, it got a bit pompous. It gave itself a soapy element with the Watson/Mary storyline, and let itself collapse under its weight in the last season as complexities piled upon complexities, turning the whole show into an exercise in sensory overload.

Don’t worry, this isn’t a TV review, nor is it a rant about Gatiss and Moffat. Instead, it’s a commentary on the reality of living (and thriving) with Aspergers, and on how the shows which shape the common perception of the condition. Sherlock, The Big Bang Theory, etc, are both inaccurate and damaging.

For context, I have a mild case of Asperger’s, and have been diagnosed since I was three (back in the distant mists of toddlerhood). It’s managed, and I see it more as a tweak on my personality now, something which adds a dash of difference to my life. It gives me a way of seeing the world in a way I wouldn’t otherwise have, and it’s such a part of me that I wouldn’t change it for the world.

That definition is all well and good, but it doesn’t illustrate the day to day reality of Asperger’s. In my case (I can’t speak for others), it primarily effects my understanding of social cues and my reaction to stress, for example, I can struggle to process non-verbal communication (particularly body language), as my mind doesn’t automatically make the link between, say, a slight tip of the eyebrow and nod of the head and the implicit “look at that person there.” After years of learning body language, I can now get most cues, however, when I’m tired, stressed, or focussing on something else, I might miss a learned cue.

This difficulty with non-verbal communication is a hallmark of Asperger’s, and is often presented in the media as being a sociopathic behaviour. Look at Sheldon’s inability to recognise social cues, or Sherlock’s self-description as “a high-functioning sociopath.” This presentation of Aspies (or people commonly held to be Aspies) misses a key part of the condition, that while the way we engage emotionally may be slightly different, the way we feel emotions usually isn’t. We’re not sociopaths, who refuse to empathise with others’ pain or fail to feel emotions themselves, it’s just that we display that empathy and feeling through a slightly different lens, like watching a film through a window which blurs the picture and muffles the sound. We see the film, but it takes an extra effort to follow the action.

Aspies are, contrary to the popular portrayal, capable of feeling emotion. In fact, we can feel it rather too much at times, as stress causes us to risk doing our best impression of an exploding tomato. One of the hallmarks of growing up with Asperger’s is learning to deal with your stress, developing coping strategies for stressful situations, and learning which ones to avoid. Let’s imagine that our mind’s a pot, slowly being filled with water (i.e, stress). When the water overflows, we blow up. Coping strategies allow us to pour a bit of the water out during the situation, until we can escape it and empty the pot. A mate of mine plays with rubber bands, another chain-smokes. I have a few full-proof strategies, including fiddling with small objects (the current object of choice is a baseball I keep in my rucksack) or, if I’m in a place where it’s possible, I listen to Punk at incredibly high volume through my headphones. 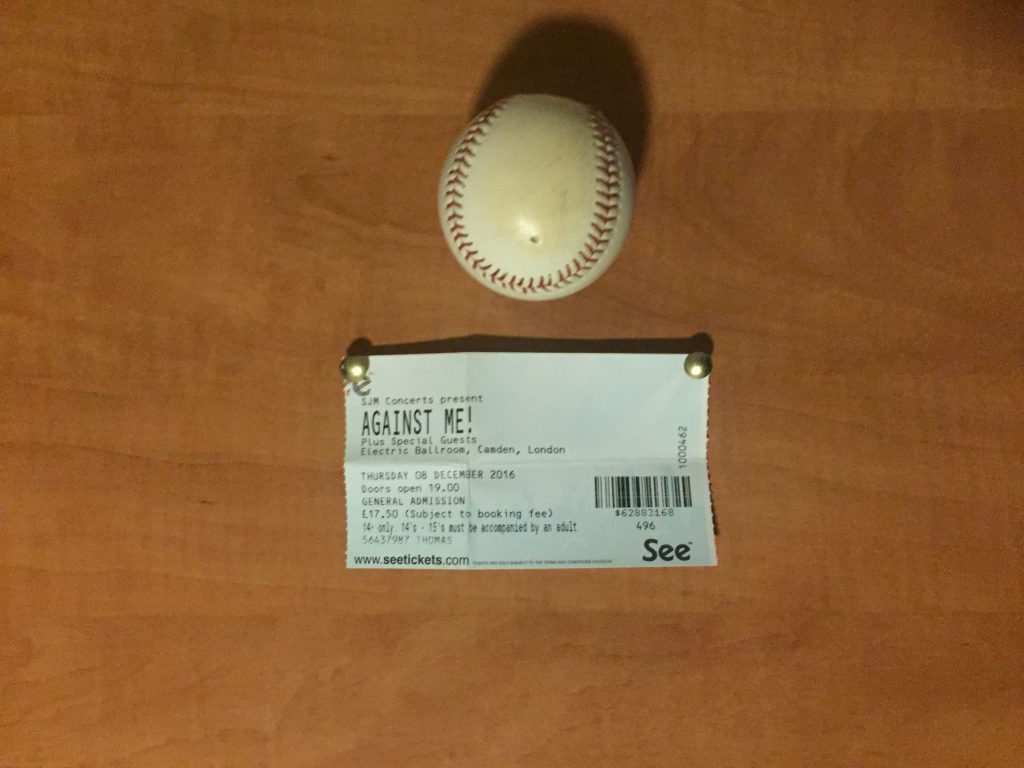 If you want to see a good depiction of Aspergers, don’t look to Sherlock or The Big Bang Theory- don’t give into the assumption that it’s all a matter of robotic reactions and emotional incoherence. Instead, watch The A Word (while it got bogged down in the latter part of the series, it’s still a fantastic portrayal), as a depiction of childhood Aspergers it’s hard to beat, with its scene of a diagnosis meeting ringing remarkably true (it was a case of watching it, thinking back, and remembering an appointment with a woman from Guy’s Hospital where I spent most of the time trying to fiddle with a blood pressure cuff). Or better still, talk to someone who has it, we’re the best sources on our condition, after all. 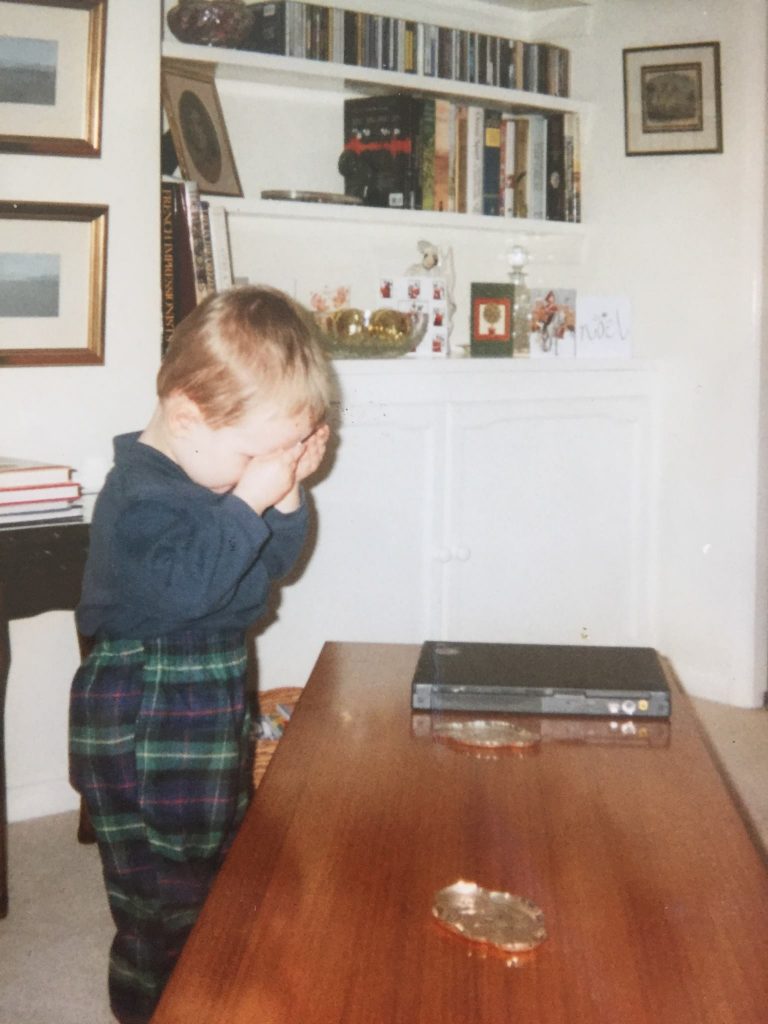 The writer as a toddler, trying to have a social interaction with the furniture

We may not make great TV, but Aspies aren’t sociopaths or fiendishly intelligent detectives. We don’t count toothpicks or jealously guard our “spot” on the sofa. Some of us (self included) are crap at maths. We’re just people with a different way of looking at the world, and a different way of dealing with stress.

Every case is different, and every person’s experience has its own subtleties, but here’s mine. I’ve had Asperger’s all my life. I’ve been managing it since I was three. I’m obsessed with history and Punk music, and once got Alex Salmond so angry he went red in the face. I don’t know what I’d be like without Aspergers, because it’s such a fundamental part of my character.

But I do know what I, and every Aspie I’ve ever encountered, isn’t like with Asperger’s, the stereotype of a sociopathic, emotionally dead genius. And so long as people have that stereotype, it’s damaging.

My Aspergers is a greater part of me than you know, and less of an effect than you think. It’s sometimes tricky, but I see it as a blessing rather than a curse. It’s a complex, wonderful blessing. And it’s nothing like you see on TV.