Members of the Cambridge division of UCU went on strike last Thursday in protest of increasing staff workloads and the gender pay gap at the university.

The strike took place on an open day, chosen intentionally because the organisers who “felt concerns about access were outweighed by the visible impact of the strike”.

The Cambridge strikes were part of the national dispute between the University and College Union (UCU) and Universities and Colleges Employers Association (UCEA) about the payment of employees.  Staff from King’s College London, LSE, Queen Mary and others were also on strike.

Waseem Yaqoob, Cambridge UCU’s Research Staff representative said that the increasing workload of university staff would also negatively affect students because the quality of teaching and research will suffer without better staff pay. 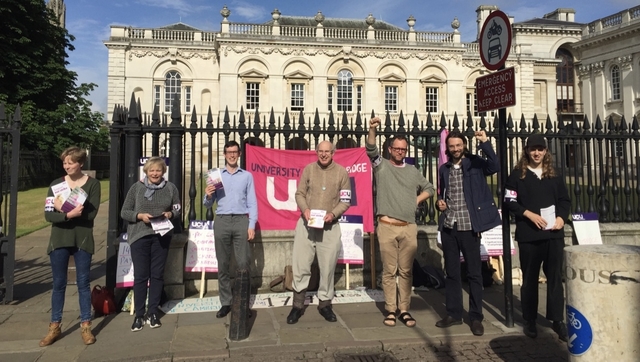 Staff are outrageously demanding to have stable jobs and equal pay.

The gender pay gap was of particular concern in Cambridge, where female staff earn an average of 17.4% less than males doing the same job. This is much higher than the average wage gap of 12.6% in higher education employment. The decline in real value of staff wages at Cambridge is seen in stark contrast to the Vice Chancellor, who earns over £399,000 a year. 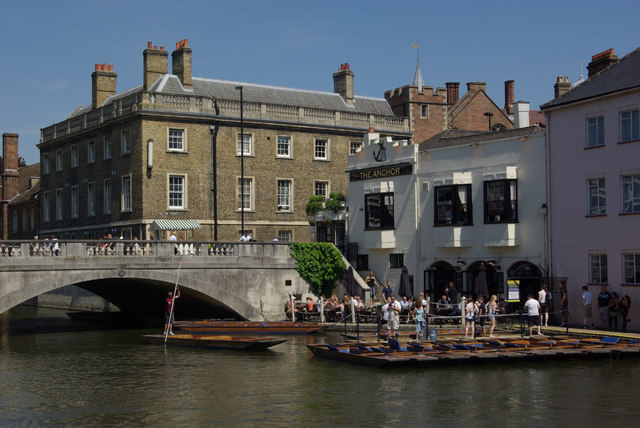 After the strike, those involved met up at The Anchor to have a nice cold pint and wait for it all to blow over.

UCEA’s “final offer” to staff was  a pay increase of 1.1%, with no commitment to reducing the gender pay gap or “casualisation” of jobs through zero-hours or short-term contracts which Yaqoob said was “frankly insulting”.

These strikes were the only controversial protest to occur in Cambridge this week – a pro-EU fellow attended a faculty meeting nude in protest of the referendum result.

The strikes apparently garnered “a very positive response from [prospective] students and parents”, and national discussions are ongoing.