Profound, polished and explosive: this wonderful play is in capable hands.

On entering the theatre, you are given a plastic bag containing a leaf and an eye mask.

A man comes on stage to talk about memory. He’s fascinated by how it changes, how different connections are made and broken, how far our stories reach back; he asks you to put on the eye mask for a minute, feel the leaf, feel how its veins and interconnections form a chaotic web. The set is elegantly set out, a single chair in front of a transparent screen with small bulbs giving out a pale, questioning light. Then he disappears behind the screen, and his starting lecture unravels into two intertwined stories – the real story of a 5,000-year-old ‘Iceman’ body uncovered from a glacier, and the story of Virgil, who sits at home in London piecing together memories of Alice, the girl who hasn’t called him in eight months. Until the night she does. 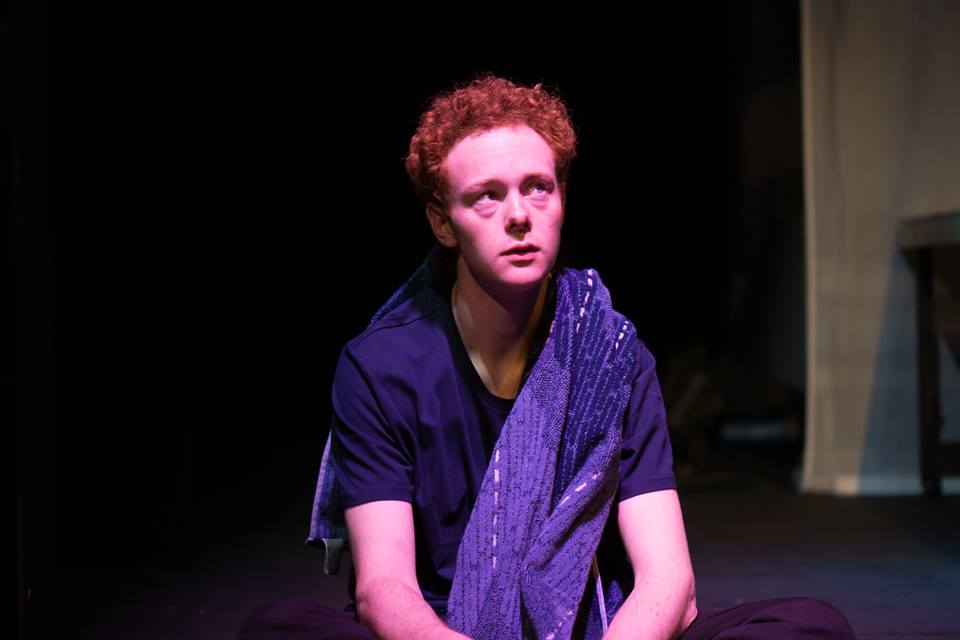 Mnemonic cracks the boundaries of ‘student’ theatre better than any show I’ve seen this year. The play is genuinely, simply profound, without veering too close to the narcissistic edge of ‘I’m going to change your entire worldview’ shows. On the contrary, its incisive and beautiful memory-stories hit their mark, because nobody feels the need to overstate the point. There’s a maturity in the cast that goes above and beyond the demands of the Cambridge University ‘Amateur’ Dramatic Club. 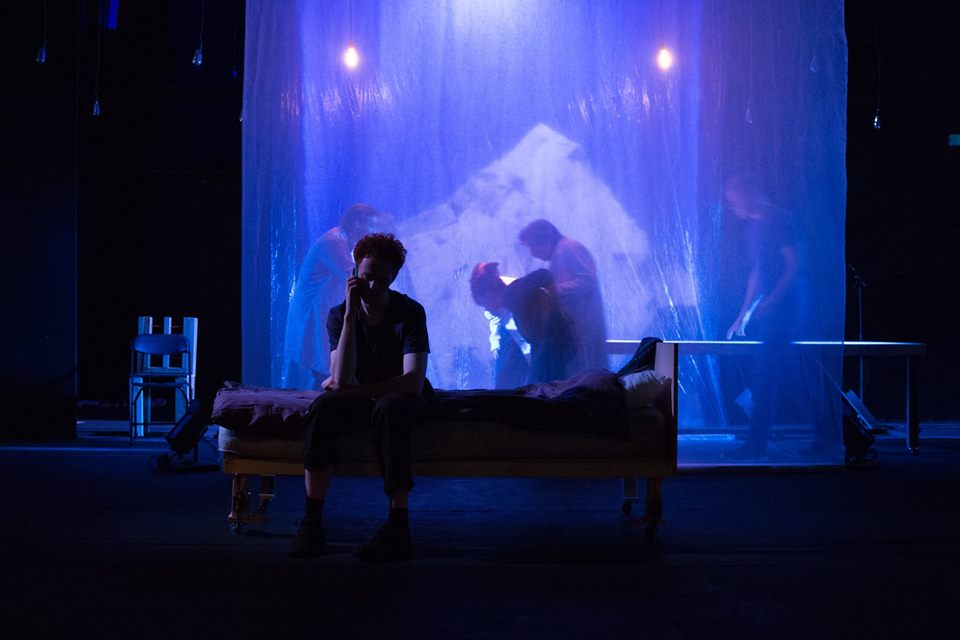 The cast flow in and out of roles, speech, languages, with staggering ease: plotlines circle around each other, themes recur and develop as the entire mental map of the production unravels. Virgil (Os Leanse) and Alice (Avigail Tlalim) anchor the show with their agitated chemistry: Alice is hunting for her past while Virgil tries to keep a grip on the present. The production is at points very funny, Martha Murphy’s fast-talking Greek taxi driver creating the bulk of the laughter; it is also charged with humanity, such as Daniel (Adam Mirsky) telling Alice about her father’s keepsakes, or Helmut (Elise Hagan) breaking down in Alice’s hotel room.

I’ll mention pensive Spindler (David Ruttle) and bewildered Alistair (Harrison MacNeill) too, because this is a group show and every member of this cast does a stellar job in their various roles, skipping between different accents and even different languages with virtuosic ease. I have seen beautifully written scripts be carried to failure or only partial success in student theatre because of the inexperience and lack of resources of the students carrying it. This play has no such issues – it edges towards professional theatre. 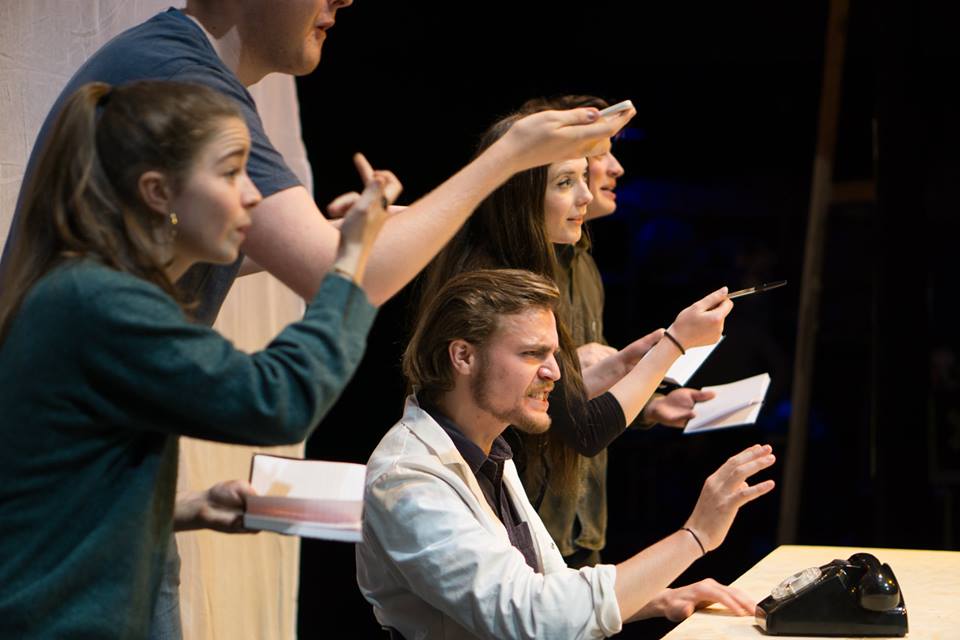 The set is excellent, as I said before, and the tech was unusually smooth, with the slight exception of voices occasionally being a little quiet under the background noise (it did look as if they’d generally tried to address this, however). The beginning lecture could have afforded to be a little shorter and tighter, but it’s also fundamental to the rest of the show. And the rest of the show is indisputably brilliant.