There’s no need for melodrama, but Rosie thinks this might just be the best play she’s seen at Cambridge. Ever.

I need to make sure I have enough synonyms for ‘outstanding’ at my fingertips.

I fear I will need to resort to the Word thesaurus, but that is completely necessary here, because, I’ll use the word once more in this paragraph, Tribes was absolutely OUTSTANDING. Although every effort will be made to make sure this review is not overly gushy, there is just no getting around the fact that Tribes is one of the best pieces of theatre I have ever seen in Cambridge (and I’m an old hat). 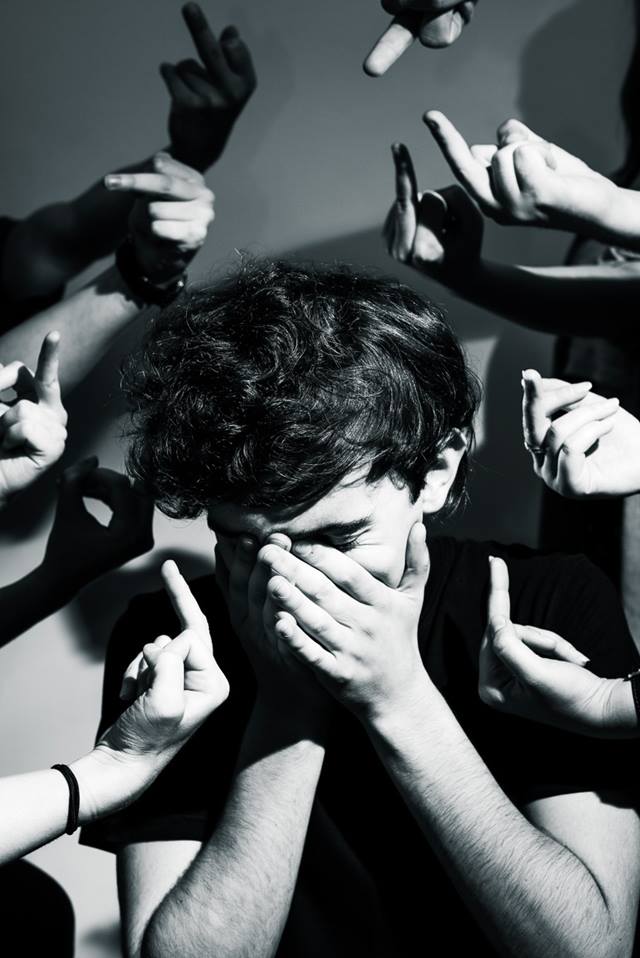 The first thing you see when entering the quietly buzzing auditorium is Jack Parham’s stupendous (I theasaurussed that word) set. The construction was a work of art, and the attention to detail very impressive. This coupled with the naturalistic yet effective lighting design from Catja Hamilton gave the production a very professional edge, even before the play had started. Additionally Tribes demonstrated some of the slickest scene changes I have seen, each choreographed to precision, and each paired with apt music and efficacious lighting. 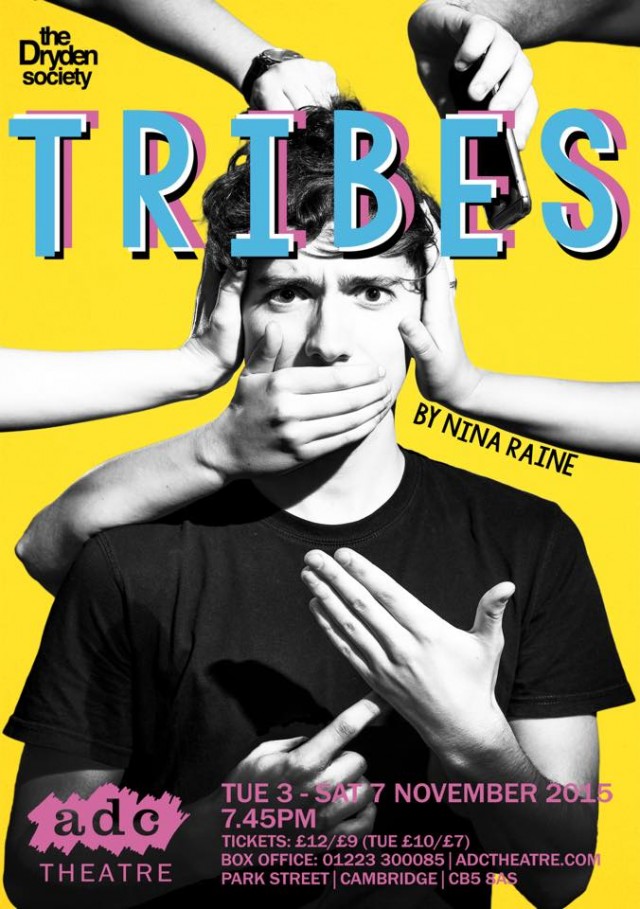 The first scene of a play often makes it or breaks it for me, and I must admit the snappy, energised dialogue of the opening completely grabbed me. The cast delivered their lines with verve and skill, maintaining a quick and exciting pace, whilst still listening to each other intently, an element of acting which is often lost in comedy-driven, fast paced scenes like this.

In the first scene we meet Billy’s family. All actors were perfectly cast for this production, which is of course down to Robbie’s creative decisions at the start of the process. Alisdair Mcnab and Rebecca Cusack portrayed older characters with extraordinary ease. Rather than resorting to crude physicality, they suggested their age by commanding the space, using their voices effectively, and by creating genuine relationships on stage. The same can be said for their onstage offspring Alice Carlill and Johan Hauer-King, who play Billy’s siblings. They created three dimensional, complex characters and it was clear that they both maintained an inner dialogue throughout, ensuring the dialogue and action was not only believable but at times tragically moving, and hilariously funny. 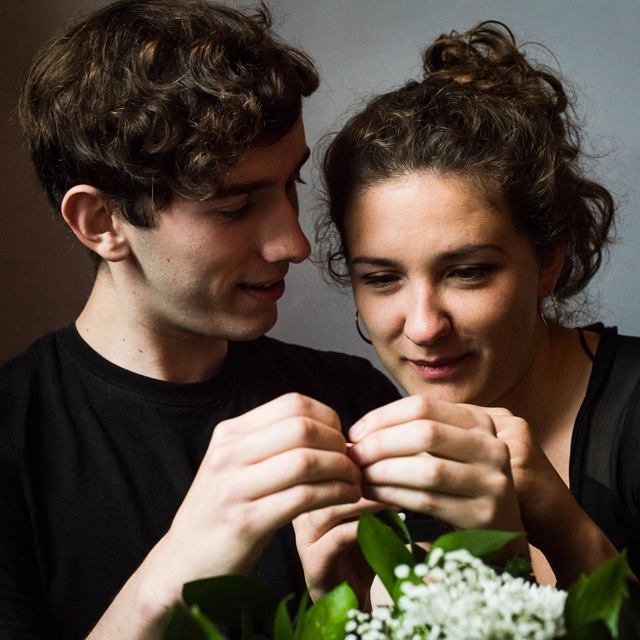 Mark Milligan as Billy and Bea Svistunenko as Sylvia

The cast in this show were a true ensemble. They worked brilliantly together, again a testimony to the hard work of director, Robbie Taylor-Hunt and the team, but I must pay special attention to Bea Svistuneko and Mark Milligan. Their performances were exceptional. The British sign Language (BSL) element of the show was gracefully and naturally handled; you would have thought that they had been signing all their lives. The pair created a wholly believable relationship and I waited with baited breath for their next move. Their portrayal was gripping and they handled the text as if professionals.

Some scenes bordered on farce (I refer in particular to the ‘kimono’ episode), but Robbie’s sensitive and intuitive direction meant that the audience were brought crashing back down in an instant, only to be raised once more. Clichés are too cheap for this remarkable show, but I will use one anyway: Tribes took me on a rollercoaster: I shouted with laughter, and indeed shed a tear in laughter. But I was also moved, perhaps more than I have ever been in student theatre, because this show has a true heart and a beautiful message, and the cast and team have captured it wonderfully. If you see one show this term, make it this one.

If you see one show this year, make it this one.