Way back in the ‘70s King’s dropped its Balls, and has bought us an annual “Beats not Bollinger” June Event ever since – a massive Fancy Dress party renowned for renouncing the decadence of the May Ball and replacing it with pure cool. 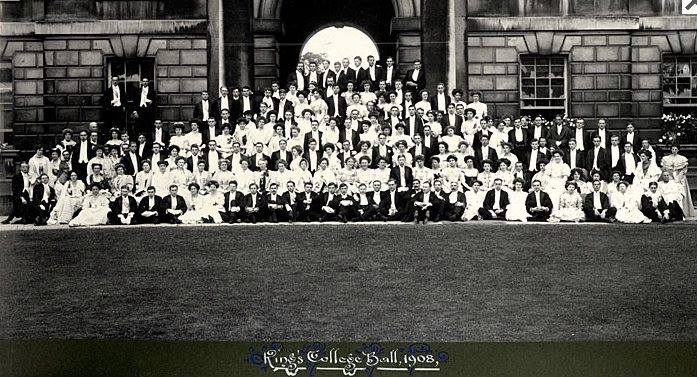 Without doubt, this year’s committee had a big name and bigger image to live up to. They did just that – better, even.

King’s Affair 2015 was large, loud and kaleidoscopic: it brimmed with energy and colour, easily steamrollering its flaws, and was largely successful in its attempt to navigate the seas of “edginess” to create a night that was both genuinely cool and accessibly fun. 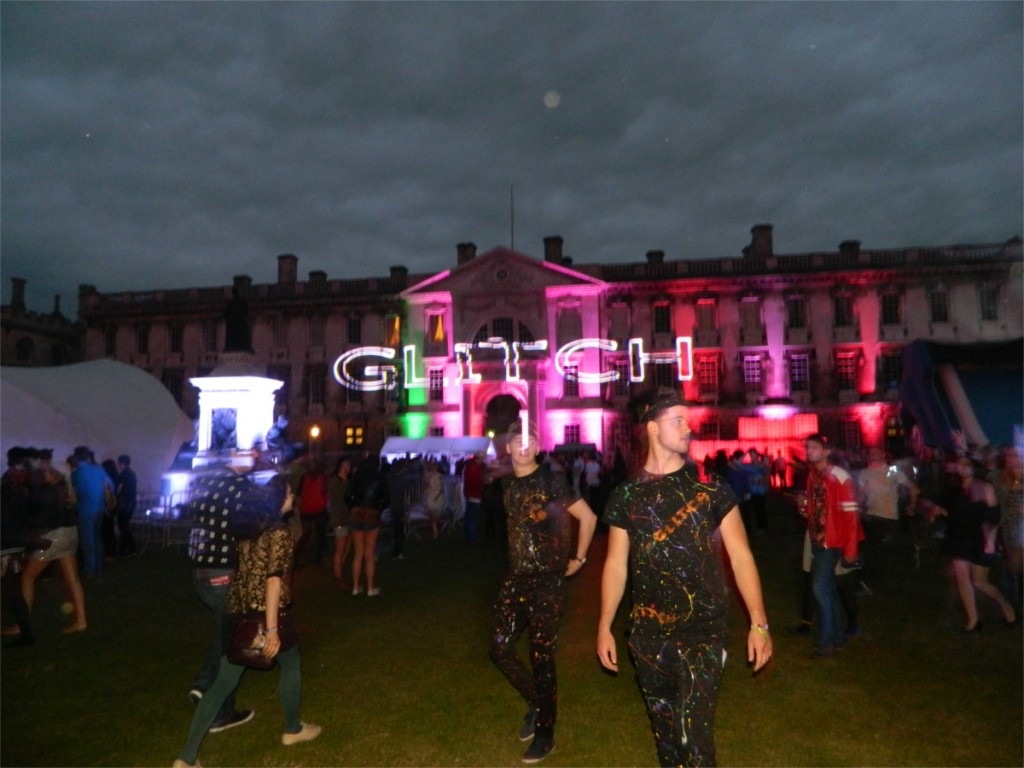 “Glitch” was an excellent choice of theme. One of my friends perfectly summed up the word’s creative potential by poignantly asking beforehand, “what the fuck is Glitch and how am I supposed to dress as one?”

Glitch could be – and was – turned into anything, from Pixels to Cowboys to French Revolutionaries to covering your body in glitter and just rolling with it. It let people dress in funky, psychedelic ways that essentially made up the event’s decor. I went as a cracked LED screen. It looked shit. 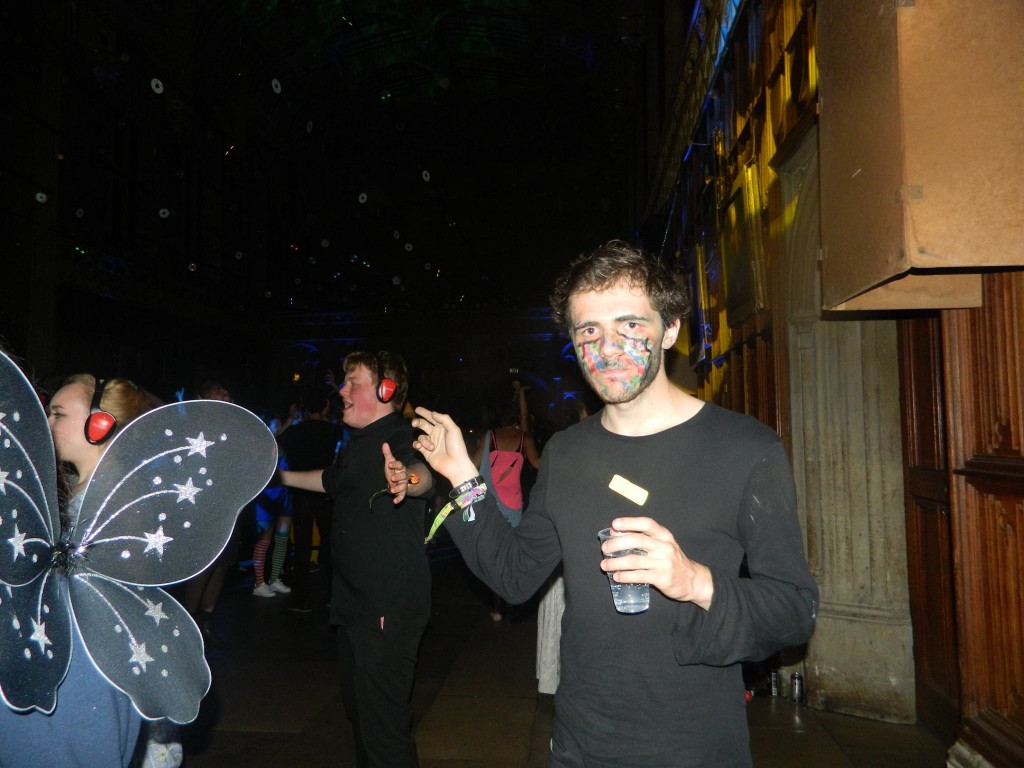 As per Affair’s unofficial motto, “beats” were the order of the evening. While the music was fantastic, more incredible was the amount there was to choose from.

Mainstage was predictably impressive, with the decision to make headliners Ben UFO and Floating Points play back to back bringing some variety and keeping the atmosphere lively – fortunate, as the set went on for 3 hours.

I really liked Lucinda Belle, but most people were still queueing while she played so the tent was practically deserted. Lazy Habits were interesting and good enough for me to dance to, practically sober as I was at the time.

Indoors was infested with DJ sets, each room offering something different. You could wander through the heaving R&B bar-come-dancefloor to chuckle quietly to yourself at the fact that King’s’ most mainstream music was restricted to the “Silent” Disco, or pretend you were in Tron/budget Berlin and descend for the Techno experience in Bunker. 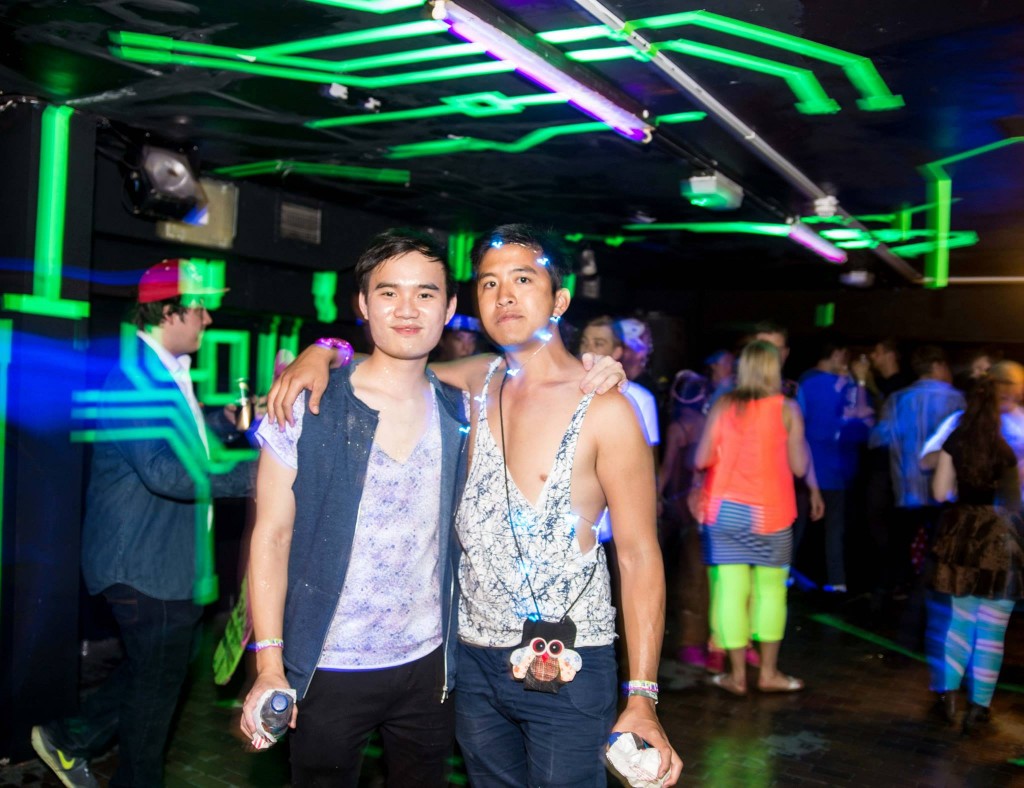 Long story short, there was a lot to listen to, and what there was was highly enjoyable. The bands playing Keynes Hall were good quality, and offered a sufficiently different choice of music to those on the main stage, from indie-rock to reggae, while acoustic musicians provided a more laid back option in the chapel.

Though primarily a musical event, King’s still showed a strong array of other Ents. The giant inflatable slide was a personal favourite, and the massages in King’s Chapel were a nice touch (wordplay, ladies and gentlemen).

The comedy tent boasted an impressive selection of Cambridge’s home-grown comics, many of whom were Footlighters, who largely succeeded in being funny. There were some glowing cubes. 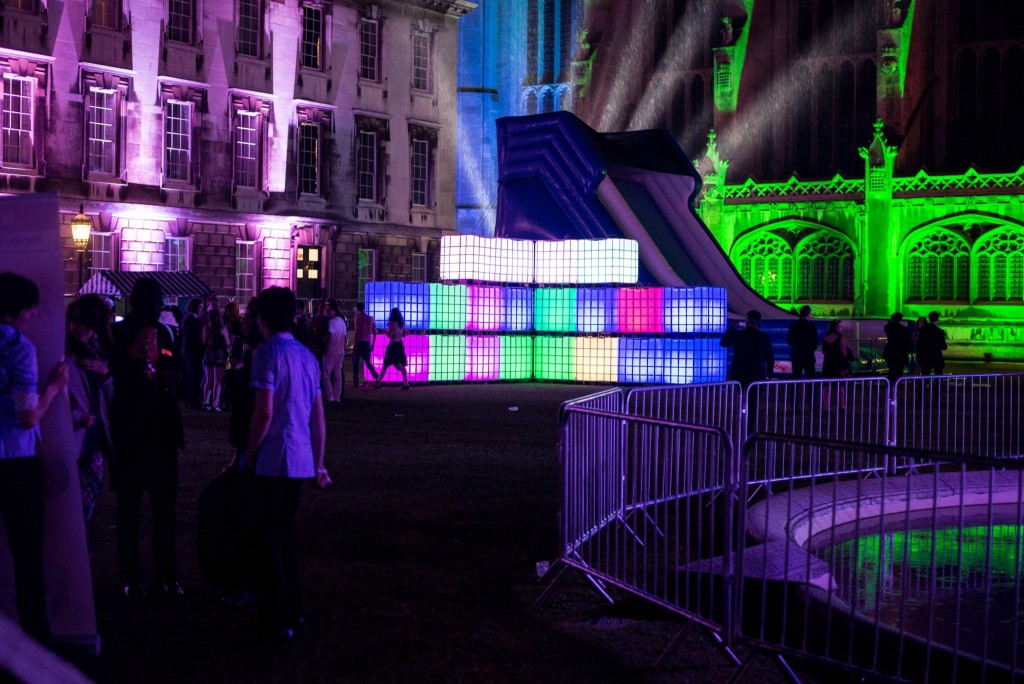 Booze was plentiful and easy to come by – King’s may have lacked the extravagant cocktails of the May Balls, but that was probably the point. Regardless, nobody seemed to mind.

Food was more of a mixed bag, with long queues for most of the stands, especially in the early evening. The selection was also fairly limited. That said, the bountiful breakfast at the end almost made up for it. 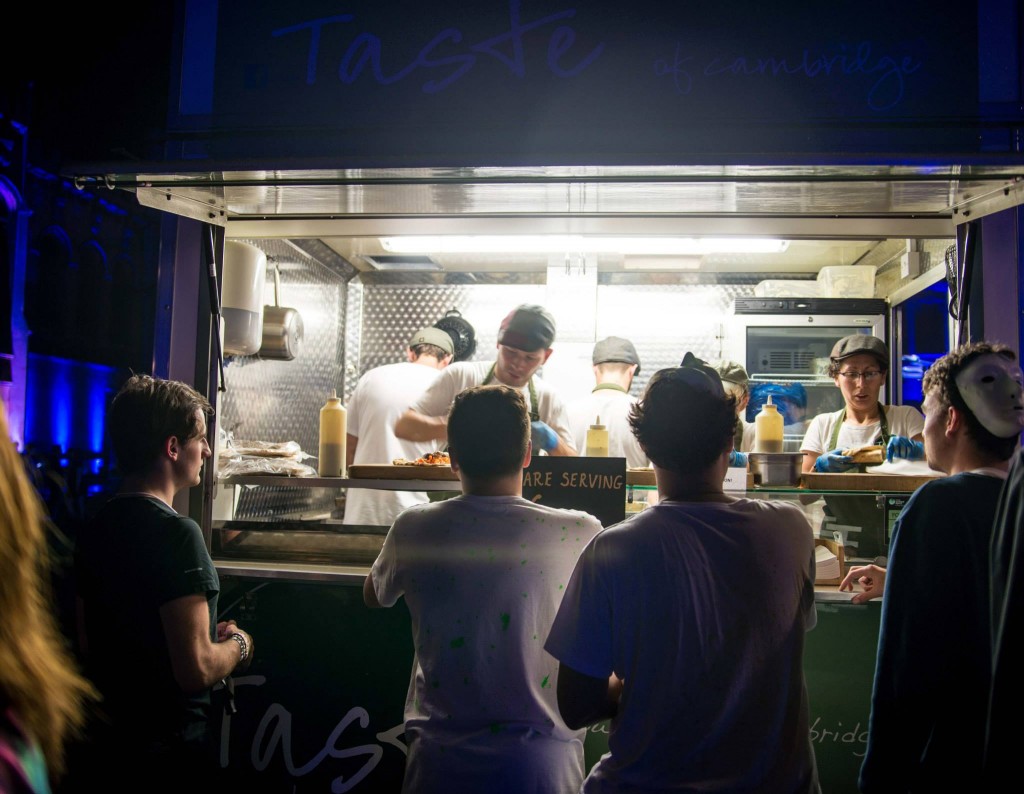 “Those falafels had better be worth it…”

In short, King’s Affair put on an incredible show. It wasn’t perfect, but the fact I could have a comparable (though very different) amount of fun to a May Ball for half the price is testament to this year’s committee’s creativity with their limited budget. I look forward to going next year and putting more effort into my costume.