Easter is so much better than Christmas and here’s why

Send my regards to the Easter bunny

Easter is grossly underrated. Or maybe Christmas is overrated. In fact you know what, fuck it, both are true and here’s why:

The associated biblical story is much more thrilling. At Christmas all we get is the tired tale of a cleverly spun explanation for an unplanned pregnancy. Granted, there is a dynamic ensemble of Kings, Shepherds and assorted surly innkeepers, but essentially it comprises of a star, a handful of angels and a birth in a stable.

The bible story of Easter however, involves betrayal, corruption, bribery and public execution. Not to mention a resurrection. It’s an unparalleled plotline. 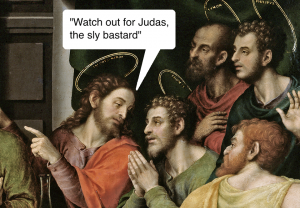 The social dynamics at play are just something else.

All gifts at Easter are edible. Need I say any more. No-one ever lay awake on Easter eve, panicking that they would receive yet another pair of fingerless gloves from Aunt Ruth, as opposed to the highly preferable alternative of literally anything else.

Easter is safe. Easter is predictable, and there is something about the smooth curvature of a chocolate egg that is unrivalled in its level of satisfaction. 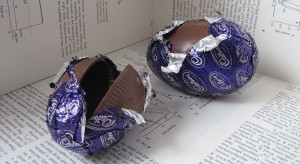 Don’t try and tell me that you could resist this

The Easter Bunny. It spreads unconditional love and supplies chocolate to everyone.

In stark contrast, Father Christmas distributes presents based on a highly subjective assessment of your behaviour across the whole year. He’s reliant on the exploitative labour of the elf underclass, and refuses to complete his own duty unless rewarded with mince pies and brandy. After consuming copious amounts of donated alcohol, he proceeds to recklessly drunk-drive across the midnight sky until he arrives at yet another house on which to trespass. 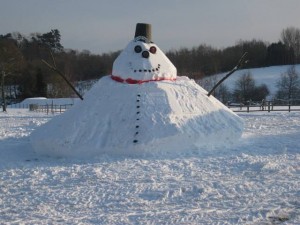 A sadistic, disruptive core lies behind that smile.

Early April rarely holds much more weather-wise for the sad and shivering residents of the British Isles, but at least the likelihood of being able to wear only one jumper is slightly greater.

A greater number of days off (3 as opposed to 2). While we may currently be students, basking in our extravagantly lengthy 5 week holidays, one day we’ll have to be actual adults and this means adhering to conventional holiday periods. 3 days instead of 2. The statistics do the talking. 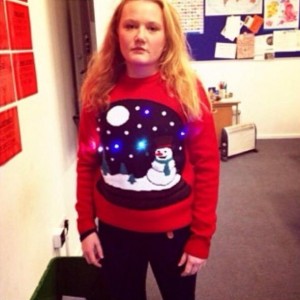 Generally lower expectations. Conventionally, people don’t really give a shit about Easter. Yes its nice to have an excuse to binge on egg shaped confectionary once a year, but there isn’t an entire culture surrounding it and as such, the day is that much more flexible.

Don’t like Turkey? Or the smell of pine? Or any of your relatives? Well tough shit because that’s Christmas. Easter doesn’t force you to act a certain way, or do a certain thing.

Instead of stubbornly clinging to the same day year in year out (spare a thought for the poor sods who were born on the 25th December) it’s such free-spirited maverick that it’s date even changes every year.