The Gherkin: Spotted in Cambridge

Seb Falk, a University of Cambridge History of Science PhD student, has been spotted running round Cambridge dressed conspicuously as London’s iconic Gherkin.

The marathon veteran is attempting to raise awareness for his assault on this year’s London Marathon – which he will attempt dressed as the Gherkin, in aid of the Cure Parkinson’s Trust. Filming a Rocky Balboa inspired promo video, Seb has been seen punting, sprinting along Kings backs, and jumping with joy at the top of the stairs to the UL.

Speaking to Seb, it is clear the Cure Parkinson’s Trust is something that he is extremely passionate about. Having to see his father suffer from Parkinson’s for the past fifteen years, he emphasises: “it’s a horrible condition and no-one should have to go through what he and my mother, [who cares for him], have been through.” 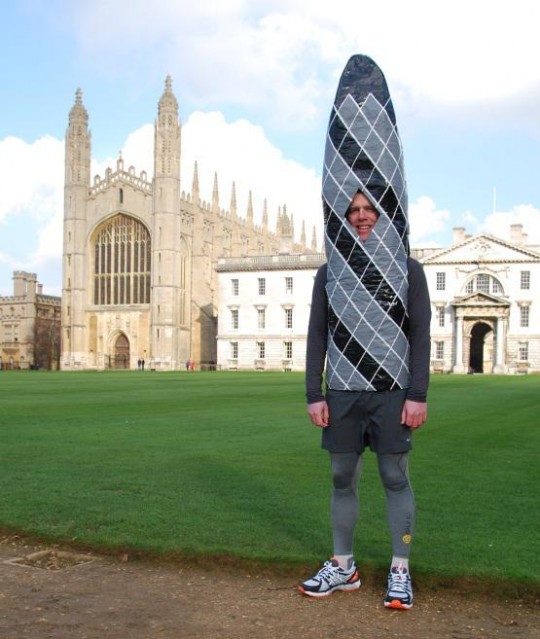 Having run the last two London Marathons for the Cure Parkinson’s Trust – running a personal best of 2 hours and 58 minutes in the process – Seb wanted to look for a new way to give people a good reason to sponsor him.

“This year I wanted a new challenge and decided to run in a costume that would be distinctive and that I could make myself – something that would get spectators shouting for me and that was sufficiently bulky to be a challenge and visually impressive. I chose the Gherkin because it is instantly recognisable as a symbol of London” 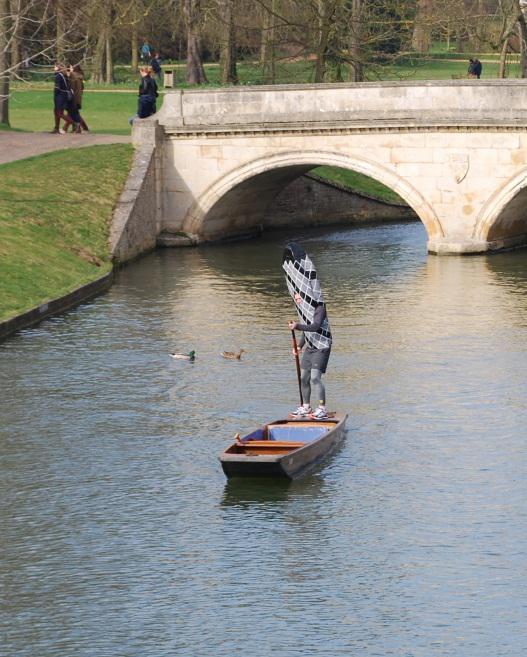 To support Seb, or find out more about his challenge, you can visit his website: www.gogherkin.com.

You can find out more about the Cure Parkinson’s Trust by visiting: http://www.cureparkinsons.org.uk/.

The Tab wishes Seb the best of luck!