What A Forking Nightmare

Petty criminality within the Pembroke History Society see harsh repercussions for the historians.

The Pembroke History Society, normally home to discussions on the French Revolution or the First World War, have found themselves at the centre of  a scandal dubbed “Pembroke’s Watergate”.

At their annual History Society Dinner, two pieces of silver cutlery went missing. Two weeks on, only one item has been returned and the pursuit for the fork continues.

One innocent bystander woke up the next morning to find after-dinner mints, an apple and a silver knife in her purse. This was reported and the incident was brushed over as an immature prank.

But the saga continues. The silver fork is still missing. And, if nothing changes, the entire History contingent of Pembroke will have to fork out for this juvenile trick. The fine looks to be as much as 50p per student for the cost of the fork combined with the time spent by catering staff searching for said item. 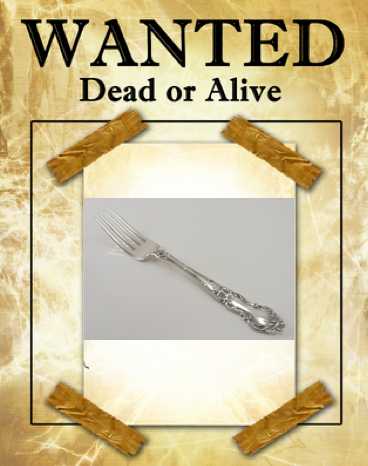 If anyone has any information, please get in touch

The fact that one item remains missing has pushed the DoS and Proctor to cancel the History dinner for next year.

One Pembroke History student said, “We could have survived the 50p fine hit but the prospect of a cancellation of the dinner suggests the situation is very grave. I don’t see how this fork crisis will end.”

Rumours suggest that a plucky individual came forward to confess to the theft of the fork. She refuses to take responsibility for the other missing implement. Her fate teeters on a knife-edge but it’s thought that her own story has been dismissed as ‘pure fabrication’ in an attempt to cover for someone else, with grander plans. 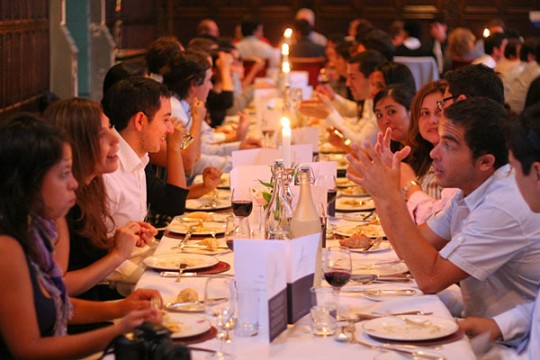 Other history students at another table discuss Chairman Mao

Another student in the History Society said, “We were completely bowled over when we heard of this misdemeanour. It is not something that we endorse.

We are the Churchills and the Queen Victorias of this world. Not the Robespierres.”

Think that this kind of behaviour doesn’t cut it? Got any further information? Please report your findings to The Tab or Pembroke College who will take the matter further.