What I’m doing on Valentine’s Day

Will you be kissing on King’s Parade or whisking up a gourmet meal for one? Find out what our team are up to on this pink-frilled day…

It’s Valentine’s Day! Not a great thing, according to Bridget Jones:

“Valentine’s Day is purely commercial, cynical enterprise. Matter of supreme indifference to me.”

But she was a bitter spinster! And also made up. So let’s put her self-loathing to one side for the moment and start focussing on the joyous activities of the students around us. Stop refreshing match machine and listen up.

Isobel Gooder is bleeding and boy-less.

Some short-lived college incest, a bit of Lola lovin’, and a Cindie’s snog pretty much covers my Cambridge romances.

Only yesterday, on a quest for love, I wound up in the Pembroke JP. I consider my self a bit of a crack-hand at table football and thought ‘She’s the Man’-style, football + chicks = hot.

According to the first young bachelor to take me on, spinning the sticks is “not a thing”. I was beaten five times when finally, sweaty and aching, for all the wrong reasons I slumped onto the table in despair. Turns out they have darn sharp edges and I wound up with a very unsexy scab on the bridge of my nose when one of my suitors cleaned it with loo roll soaked in beer. 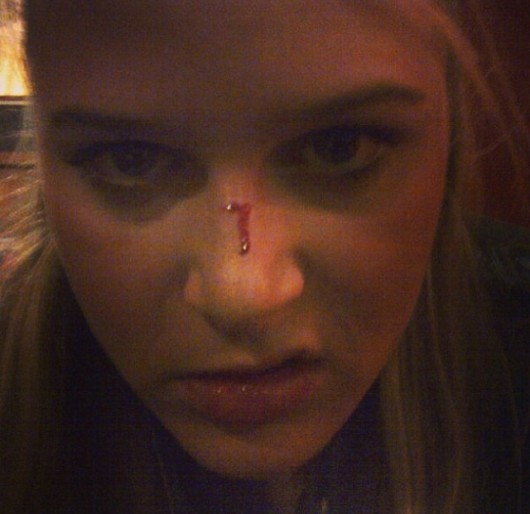 My best friends remain just that. My college husband is unwilling to consummate our marriage. Hell, even my mum’s stopped calling me once a week. I have resigned myself to the fact that, unlike Ed Sheeran, uni does not spell ‘you n’ I’ for Izi Gooder. For the good of everyone, I will be locked in my room swathed in bubble wrap, as far away as possible from the opposite sex. 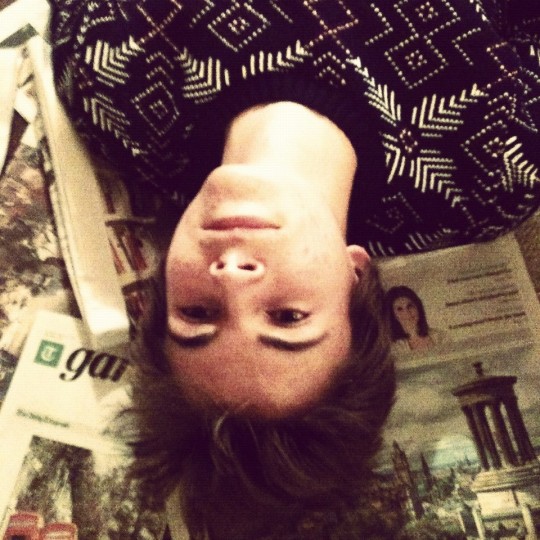 Loveless and upside down

Go café. Eat Panini. Note setting of sun. Facebook. Tab. Catch up with New Girl. Fight to not be overcome with love for Zooey Deschanel. End up rewatching episode in which Nick and Jess have first kiss and time stops and you just can’t help but look at these characters who’ve found something messy and complicated but also just lovely and human and fucking beautiful and wish you had something like that. Cry. Watch again. Cry. Facebook. Cry. Tab comments. Cry harder.

Beth Swords is wearing pyjamas which were 60% off.

When you’re single, it’s customary to moan about the tradition of Valentine’s Day. Today, however, I will not be wallowing in a vat of self-pity, however much fun that is. Being single on V-Day actually means you can take advantage of some great offers retailers use to entice lovers. This V-Day I will be relishing in my body mud, secured on a half price discount, basking in my flannel pyjamas (with hearts and bows on…) that flew off the shelf at a wondrous 60% off, and admiring my newly purchased ‘Couples Canvas Art’ hanging from my wall. You see, the latter is so versatile. To lovers, the image of two bikes reflects an ‘us against the world’ mentality – the struggle to find their way through the overwhelming fog of life. To me, this discounted ‘Couples Canvas Art’ is a powerful reminder of the irresponsibility of students and where they park their bikes and the constant looming threat of bike theft. Lovers 1: Singletons 1. Join me and revel in the Valentine’s Day offers up for grabs. It is the only chance you will ever get as a singleton to wear underwear made out of Love Hearts, wholeheartedly justified by the fact it was £1.20 off. 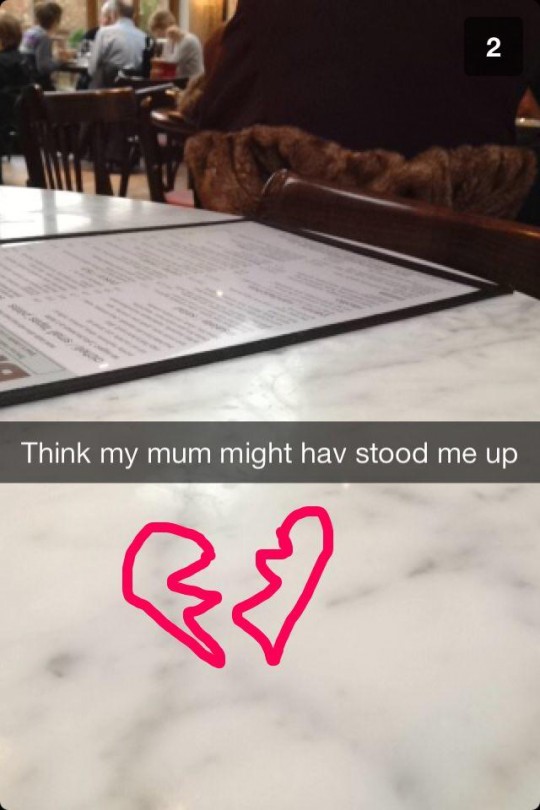 At least the pyjamas are for Beth’s eyes only

Mollie Wintle has a lecture.

Going to wake up at about eight so have time to  shower before lecture on Jane Austen at nine. (Am doing a portfolio essay on female caricatures, so should be useful.) Then have a practical criticism supervision with the Medwards English students in the second half of the alphabet . This week we’re looking at some Tennyson poetry I think. After that I’m going to cycle back to college and make some lunch. Then I will probably do some reading for a bit, but might just hang out with college people. At 7 I’m going for dinner with friends at Wildwood’s where it is 50% off for students. Actually I think maybe that’s only valid Monday to Thursdays but I guess I’ll find out later.

Ben Dalton is trying to sell a card to Moonpig.

The truth of the matter is today I will be forced to read Lacan’s 7th seminar this Valentine’s day. This isn’t actually as irrelevant as it might initially seem. Jacques has much to say on the topic of love here, albeit mostly that when we think we love someone, it is actually just us projecting our own imaginary destination of desire onto an arbitrary object. There’s also the bit about the fact we have to keep blocking our own path to love lest we arrive at it and find out that it never existed. Jacques famously says “there is no sexual relationship”. Let’s put that on a card and sell it to Moonpig. As the above will probably fall short of satisfying the average reader in his/her quest for amorous saturation, I will go on to talk a bit about Titanic. It is clear to me that Lacan only wrote such spiteful, spiteful things because he had never seen the film. From the bit where Leonardo says “all I need is the air in my lungs”, to when Molly Brown tells the joke about lighting the fire, or the bit when Rose shows everyone she can stand on her toes, Cameron’s classic is packed with the Supreme Emotion. In conclusion: love probably exists.