Cambridge Nightlife Slammed By Which?

It’s official: the Pope is Catholic, bears do it in the woods, and Cambridge nightlife is awful.

For its 2013/14 student survey, consumer watchdog Which? quizzed 16,000 students on their university experiences. For Cantabs used to topping UK league tables, looking away now might not be a bad idea…

Politically, we are high-fliers. Ranking in the top 10 amongst Oxford, LSE and Glasgow, Which? cited the numerous CUSU campaigns as a sign of Cambridge’s political vitality. Regarding the Other Place they merely said “David Cameron is an Oxford graduate”.

It turns out we are a creative bunch too; top ten in fact. 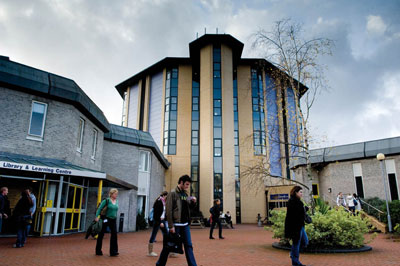 Bournemouth: Looks a bit like a Travelodge but man is it artsy.

The Footlights are called out for special mention as we take pride of place with the likes of Bournemouth, Goldsmiths and Oxford once again.

But that’s it for the good news.

When it comes to diversity of local nightlife, Which? reveals that northern universities such as Leeds, Liverpool and Manchester score top marks, with 8 of the top 10 being northern or Scottish – something we have been saying for some time. Cambridge on the other hand was ranked in the bottom ten along with somewhat less reputable institutions, such as Chichester, Edge Hill and Durham.

The exact question posed to students undertaking the survey was: “are [there] lots of different types of pubs, clubs and music venues near your university, which cater to a range of tastes?”.

An English undergrad from Caius commented: “What absolute tosh. The clubbing smörgåsbord that is Lo La Los, Cindies and Fez must have temporarily vacated the mind of those answering the survey that afternoon. At how many other universities can you hop between a tropical paradise, a Middle Eastern palace and your mum’s fiftieth all in one night I wonder?”

He added, “Life is still shit though”.

Finally on the sporting front, Cambridge is languishing somewhere in no man’s land between the top and bottom ten. To be fair, Oxford didn’t make the cut either.