A Tab Guide To Celebrating The Royal Birth

The swallows have at last delivered! BEN DALTON on how to celebrate the arrival of the new Messiah…

Fellow country(wo)men, rejoice in the ceasing of all our woes! The blessed babe this day is born, joy to the world, etc.

Great Britain was, until today, in terrible shape: you could no longer spend the day running through the sprinkler in your mankini without fears of provoking national drought; your mother spent a weekly tenner on Avon products in genuine pursuit of Samantha Brick’s “charismatic glow”; and the price of the humble Freddo continued to rocket. Hands be raised: we were all in dire need of a Messiah. The sweet whiff of talc and faecal matter – to arrive at your nostrils on any summer’s breeze now – spells salvation.

So slake your lawn’s thirst without measure, tell mom that she’d be better off with factor 50 and switch to Mini Milks: it is time for celebration. Here’s the Tab guide to getting on a jolly that will rival that time there was a daddy longlegs in your McDonald’s and you got a free six-pack of nuggets.

Bailey’s binges and rounds of the unexpectedly euphemistic Pin-The-Tail-On-Joseph’s-Donkey around December have left the majority of us well versed in marking important Happy Birthdays. A slight calendrial change in date should, therefore, be no problem. Whilst this one will unfortunately see you attic-grappling for your synthetic pine in sub-Saharan temperatures, it will cut short on-going concerns in obsessive compulsives who feared The Angel to have been lying face down in the box. Tell Grandpa to hunt down the crackly VHS recording of Carols At King’s and for God’s sake get Auntie Linda to get in the Terry’s Chocolate Oranges before the rush begins. Lay your toilet-roll Nativity scene on the window sill, taking care to update your toilet-roll Mary and toilet-roll Joseph with cut-out mug shots from your special edition OK! to ensure a more satisfying level of photo-reality. 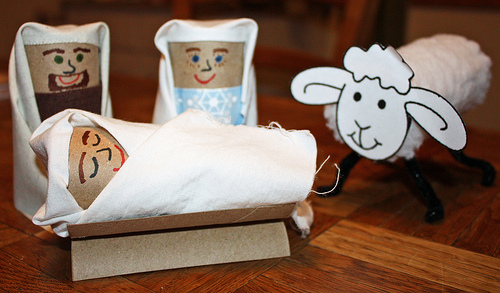 About time the traditional loo rolls were spruced…

Now that Buckingham Palace is endowed with its own bundle of joy (also small enough to fit in a mesh cage on the kitchen table, yet in this case a parenting decision possibly punishable by law), it is high time to spare a thought for the minis inhabiting your home. Whatever your choice of rodent, and however often you change its wood shavings, I would guess that its role in the family goes little beyond the occasional physical comedy of face-planting in its wheel or defecating in Uncle Nigel’s brogue. Regardless of what your rat, gerbil or ferret has between its legs, rename it after the royal sprog, grounding him or her firmly in your country’s proud history and granting it the royal resonance you had promised the Animal Rescue centre when you signed the adoption forms. It’s also high time to relieve Mister Schnuffles of his rather demeaning stage name. A little respect please. 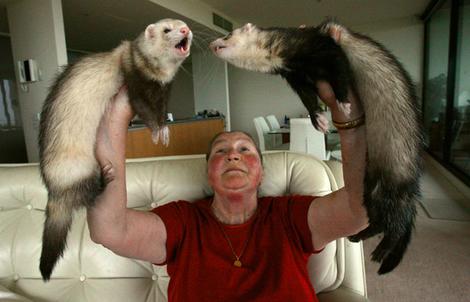 On the dawn of any birth, let alone a Royal one, it is towards Nan that we should all be headed. The family matriarch, the fertile womb of which once spouted the fruits of all that you hold dear, knows all about babies. She knows more than The Mail, and more than the NHS pamphlet that came with your latest proscription of Microgynon. She probably knows even more about childcare than Katie Hopkins. So sit her down in her most majestic chair, bring her a Pimm’s with extra cucumber, and sit cross legged in front of her; she’ll talk more sense than a fortune cookie.

Time to re-engage with your inner patriotism in a way impossible merely through refusing to vote on Eurovision, even if Latvia’s latest really had your knees knocking. Jerusalem, as hacked out on the honky-tonk on a weekly basis, is a much tried and tested remedy for those of the more somnolent senses of national pride. If you are unfortunate enough to be excluded from W.I. membership on grounds of gender or generation, you will have to consider different routes. Gents: how about asking your father to show you what he does with those bell pads, or oil-paint Gramps in all his WWII decorations? The royal birth has turned the kingdom into a Centreparks Family Holiday of cultural reinvigoration. So let us away on our metaphorical bicycles to the metaphorical activity centre where we will sign up for something altogether bluer than Paintballing. Let the Royal Babe pave the way to reinvigorated Saturdays…

The romantics amongst you – look how fervently now you nod your heads in excitement, he of the polished shoes and she of the brazen blush! – will welcome the royal lambing as a cue to begin mating yourselves. There is no broodier a catalyst for human reproduction than the pattering of tiny feet across the Daily Mail gossip page and a week’s walking the dog in your swimwear.  And what’s more – it’s the stuff of Meg Cabot’s wet dreams! – the Duchess of Cambridge is living proof that just about anyone can become a royal. The mewling-and-puking result of tomorrow night’s Pimms-hazed rumble in the Greenhouse might too find love at a Scottish university, undergo drastic elocution lessons and marry the future crown. And you’ll be at that wedding at Westminster. And everyone will love your bottom in that satin dress. So say no to contraception this week, and hit the record button for tonight’s episode of One Born Every Minute – you know it makes sense.

So there you have it. Ruffle your petticoats and set your Gillette to work on that monobrow, for the blessed babe this day is born, joy to the world, etc.