Once again, Times Higher Education (THE) have placed Cambridge and Oxford firmly amongst the most prestigious Universities in the world. 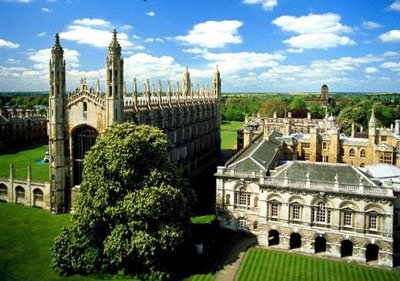 The universities, ranked at third and fourth respectively, were awarded their places based on the on the power of the “university brand”, as judged by senior academics for the THE World Reputation rankings. A somewhat customary success, Cambridge have now held third place behind Harvard and MIT for the last three years. Not only has the University been awarded third place, it has also maintained a score of 80 points or above, a feat only matched by the two higher ranking American institutions.

This year also brought notable Oxford success as the Other Place, having languished in sixth for two years, came fourth; this year, two extra points saw it overtake Stanford and Berkeley (though with 73 points, Oxford are still not in sight of Cambridge).

Whilst the news of Oxford’s improved performance and Britain’s heavy presence in the top five was naturally received well, the rankings did bring some concern for a number of universities. This year, Leeds joins Sheffield and the London School of Hygiene and Tropical Medicine as British establishments that have recently lost a top 100 spot.

Other universities such as Bristol have ranked in the nineties, and Manchester has finally moved into the top fifty. However, since the rankings started in 2011, the British presence has dropped from twelve higher education establishments to just nine, and some concern has been raised with this recent publication that the gulf between the very best universities in Britain could damage the depth of an otherwise visibly world class system.

Even if the figures may be cause for concern, it is worth noting that the rankings are based on a survey that measures the esteem with which an establishment is held within the academic community, and is deliberately biased towards perceptions of research quality than of student experience or the quality of undergraduate teaching.

Still, the fact remains that only two nations share the top five spaces. Knowing that Britain is one of them and that Cambridge leads the way is a piece of reassuring and excellent news, however close behind us Oxford might be.