It’s Time To Talk About S-E-X

This summer, via Cambridge Volunteers in Nepal, I spent six weeks teaching at a school in Lalitpur, just south of the Nepalese capital of Kathmandu. It was here that I learnt that the discussion of sex is more than an awkward, middle-class, British issue – it’s a global one.

Mother dearest decided it was time to talk about the birds and the bees when I was about ten – excruciating yet appreciated. At my single-sex, state, Church of England secondary school, teenage pregnancy was the ultimate fear and so sex ed became fairly routine. Armed with the knowledge of STDs, ectopic pregnancies and the fact that “a boy won’t bother so you’ll have to”, I left school feeling pretty well versed in the ups and downs, as well as the ins and outs, of sex.

I would never have guessed that the first time I would actually buy condoms would be from a small kiosk on a dusty roadside in Nepal, clutching my Lonely Planet phrasebook and desperately trying to not use inappropriate hand gestures. 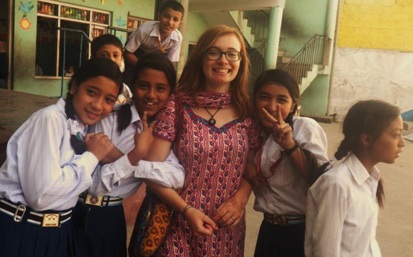 In Nepal I primarily taught humanities, and it was through one of my colleague’s lessons that the question of sex was brought up. I childishly giggled at the first mention of the word ‘condom’ and looked across at the class, expecting a similar reaction. Nothing. I slowly began to realise that this was probably not due to inattentiveness but more likely due to the great taboo surrounding ‘that-which-must-not-be-named’. My textbook described sex education as essential, yet this class of 44 teenagers seemed to be resolutely oblivious.

The fact is that Nepal, a fast-developing democratic state, still has its fair share of cultural hang-ups when it comes to openness about sex.

The deputy head teacher was extremely grateful when I suggested that we addressed the issue. Although they did ‘teach’ sex education, most of the teachers still found it difficult to talk about ‘It’ and the lesson would often be skipped or left for the kids to read alone.

My first attempt at a lesson was, however, thwarted when half of the girls were called up to a dance session to celebrate Teej, a Hindu festival in which women and girls pray for husbands (not exactly empowering), but eventually I had my captive audience of twenty.

They hadn’t heard of sperm. They didn’t know what hormones were. These teenage girls hadn’t even been told what a period was. 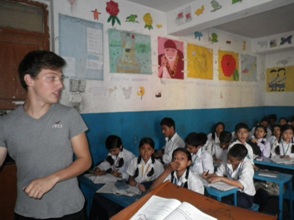 As I read through the chapter to check I had covered everything, from anti-social behaviour in adolescence to pain during menstruation, I realised that the book missed out one of the most important parts of sex education: the emotional aspect of sex.

Anyone can find out about the mechanics – the kids had had it in the back of their textbooks all year – but equally important is what sex means, something I myself don’t fully understand.

I carried on and eventually the girls stopped looking at me blankly (or possibly fearfully) and began to ask questions. Once the floodgates had opened, the questions kept on coming. 55 rupees and ten minutes later, I found myself extracting the ‘balloon’ for them, sparking comments about texture, smell, and yes, size. 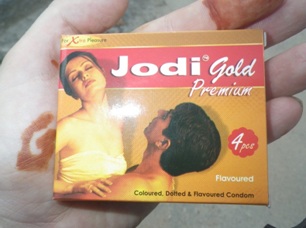 Sex education is crucial, and as long as society places so much emphasis on it, it’s right that we understand what all the fuss is about. In the developing world, where taboo is rife and resources are limited, sex ed is more important still. But half the battle is just being able to talk about it; sex only really becomes a ‘problem’ when people make it not okay to discuss. If my experience in Nepal taught me anything, it’s that the ‘problem’ of sex can easily be resolved, as soon as we stop treating it as one.