It will take place just before he is due to speak

A protest is being organised to demonstrate against the views of controversial politician Jacob Rees-Mogg.

It was revealed earlier this week that Rees-Mogg is due to be a guest speaker for the university's Conservative society, with many students being extremely unhappy about this news.

The protest, organised by societies such as Birmingham Socialist Students, and Women's Association UoB, will begin 30 minutes before Rees-Mogg is due to speak.

The events Facebook page claims that the aim of the protest is to "show Jacob Rees-Mogg, his supporters, and the government and university that hate speech will not be permitted on our diverse campus". It argues that "by giving Rees-Mogg a platform, the UoB Conservatives and university are putting our rights up for debate, and this will not be tolerated". 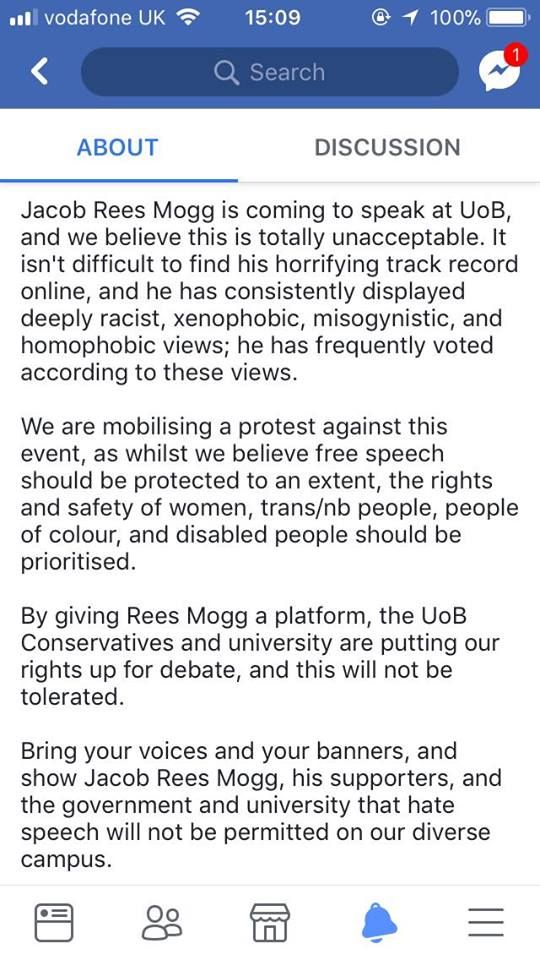 Since its launch, the protest has proved to be almost as controversial as Mr Rees-Mogg himself, with many students arguing over its motives on the Facebook event and subsequent post in student group Fab 'N' Fresh. 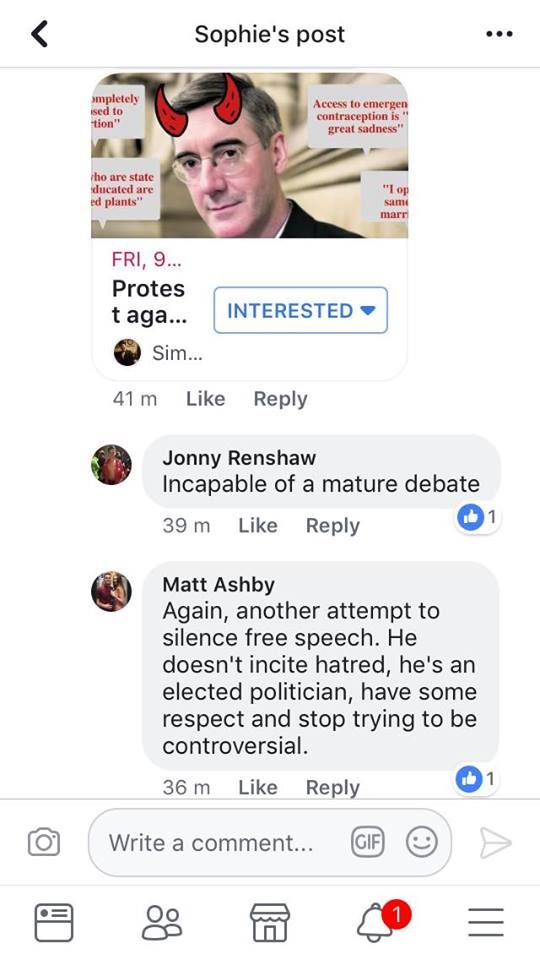 However, speaking to The Tab, the protest's organisers stressed that this would be an all-inclusive yet non-violent protest:

"We will not undertake any violent activity during our protest and we will not attempt to block people attending the event. Our protest is to simply make clear that we wholeheartedly oppose his policies and views".