The Tab Oscars: The worst student videos of the year

It’s that time of year.

As the rich and famous gather to celebrate cinema’s finest output, we collect the worst/most painful/most embarrassing student videos of 2014/15. And the Oscars have nothing on us.

Let’s kick it off with one of our most competitive categories.

2013 brought us a student drunkenly cycling down the stairs and a guy too fucked up to keep hold of his pizza. But, from 2014 the winner is:

There hasn’t been this much munching of plasticy box on camera since Kim Kardashian’s sex tape. To be fair, that container probably has more lamb in it than the kebab.  At least he isn’t eating nothing but kebabs for a week, while also cutting away to terrible acting and awful voice overs (sorry about that).

The Russell Crowe Award For Worst Singing In A Video

This year, we have a tie. And okay, these both came out in 2013. But when you see them, you’ll understand why they deserve more than the 90 odd views they’ve amassed. If you thought the LS…LS…LSU song was bad, well… you were right. But these videos, both from the Aston SU elections, are worse.

First up is RON (Re-Open Nominations)

Next up is Jake. Keep an eye out for awkward air piano and desperate attempts to force too many lyrics into a line.

Fuck me, that’s the worst impression of Will Smith since Jaden Smith. Let’s go to the next award before the whiteness of that last video turns us all into Downton Abbey characters.

The Pussy McPussyson Award For Fighting

This award is given to the fight scene that makes Care Bears look tough. From the same people who brought you MegaPuppy VS GiantBaby and SlasherBunny VS MechaPillow,  our 2014 winner is:

We like the bit at 0:12 where they just hold hands. Or the bit at 0:28 where the cameraman hides behind a photocopier. After all, he doesn’t want to get lightly shoved.

The Donner Party Award For Bandwagoning

Remember when Neknomination was a thing? We all challenged each other to do something we were already doing but faster and on the internet. Well, this girl has her own take on it:

Jesus, they really lowered the budget for the Fast and Furious movies. Actually, that’s a girl from Leeds doing her Neknomination.

This video should be awesome. There’s rap, drinking, cars, a woman who may or may not be naked. But the car’s going so slowly the video kinda loses its impact. Come back when you can do a Denzel Washington snort coke while flying a jet.

We’ve all ended up somewhere we shouldn’t after a night out. But our next winner, a Manchester student who hails from Norwich, took that to another level…

To be fair, that bin is cleaner than most Halls.

You might be wandering why he didn’t just open the door, but remember, he’s from Norwich. He doesn’t have thumbs.  Don’t worry people, he got out unharmed and was safely returned to his sisterwife.

And now, our number one pick. Yes, it’s time for the worst of the lot.

This award goes to the worst student video of the year. In a year of half hearted Ice bucket challenges, Neknominations that were either unbelievably dull or unbelievably intense and Student Unions continuing to be shitty; this video sank below the rest. Sure, this one isn’t the worst shot film of the lot. Or the worst acted. But we couldn’t let a chance to show these walking disproofs of eugenics. Our winner is: 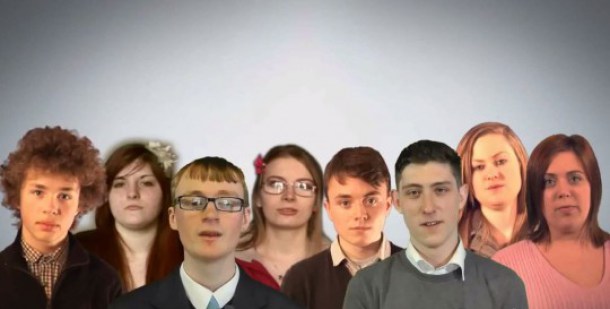 Unfortunately they’ve taken down. But that isn’t going to stop us crowning them. Yes, we’ve done a whole article on this before, but come on. These are the biggest student assholes of the year and they made the worst student video of the year.