How to have a Superbowl party

Everyone else will talk about it anyway

February is here, and that means two things. One, you can stop pretending doing Dry January was a good idea. And two, it’s Superbowl time.

That extra five per cent is the small part of you hoping for another Halftime Show nipple slip. 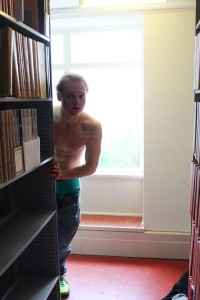 Did someone say nipple slip?

Do a bit of research

Even if you don’t follow the sport, you’ll wanna know something about the guys playing.

The Seattle Seahawks. Last year they won and now they’re trying for a second title.

The New England Patriots. This team is so good they managed to make it another Superbowl. And this year with less cheating than ever.

Sure they rigged the footballs by deflating them. But compared to when they were caught videotaping other teams’ training sessions that’s nothing. It’s like an ex-murderer retiring and only doing a bit of light armed robbery on the weekends.

If you have any kit, wear it. My team got blown out in the first round of the playoffs by their arch rival (presumably just to fuck with me for staying up until 3am).

But I’m still going to be rocking my team strip. The underpaid sweatshop children who made the clothes didn’t slave over them, just so I could make a tit out of myself in something else.

Besides, how often is it socially acceptable to wear Pittsburgh Steelers pyjamas in public? 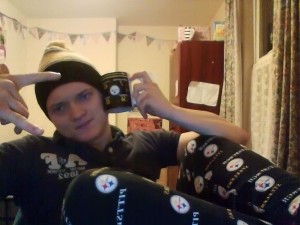 By inviting another fan along you make sure that there’s someone there who’ll understand why you’re shouting “Oh my God. Personal foul. PERSONAL FOUL”.

Plus, if you sit them next to non-fans they’re the one who gets stuck explaining the rules all night.

This game is a time for excess. If you don’t believe me consider that before the match there is a coin toss ceremony. A whole ceremony. Harvey Dent wouldn’t be this obsessed over coins.

This ceremony comes complete with a specially minted coin and jets that leave red, white and blue vapour trails flying overhead. Not the New York Jets. They have about the same chance of playing in the Superbowl that I have.

Vapour-cumming the stars and stripes onto the sky itself. For a coin toss. 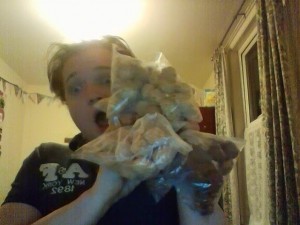 If nothing else succeeds, just play drinking games. Here are a few suggestions:

Drink a shot for every innuendo in the commentary

Drink a shot every time the English commentators on Sky look like they have no idea what they’re doing.

Down a pint every time you hear an audible whistle as air escapes the Patriots’ footballs.

Enjoy your Superbowl party. And remember, fuck the Patriots.