Love Island Gossip Column: Which Islanders are now dating?! And Ovie is becoming a TV chef!!

You might want to sit down for this one

Amber and Greg have had their spin-off show cancelled

It's become customary for Love Island finalists to get spin-off shows. Last year we had Jack and Dani: Life After Love Island and never forget the disaster that was Chris and Olivia: Crackin' On, where Chris Hughes and Olivia Attwood literally split up at the end of the show.

Love Island bosses have apparently decided not to go ahead with the same style of show for Amber and Greg because they think they're going to break up before it even airs. Savage. 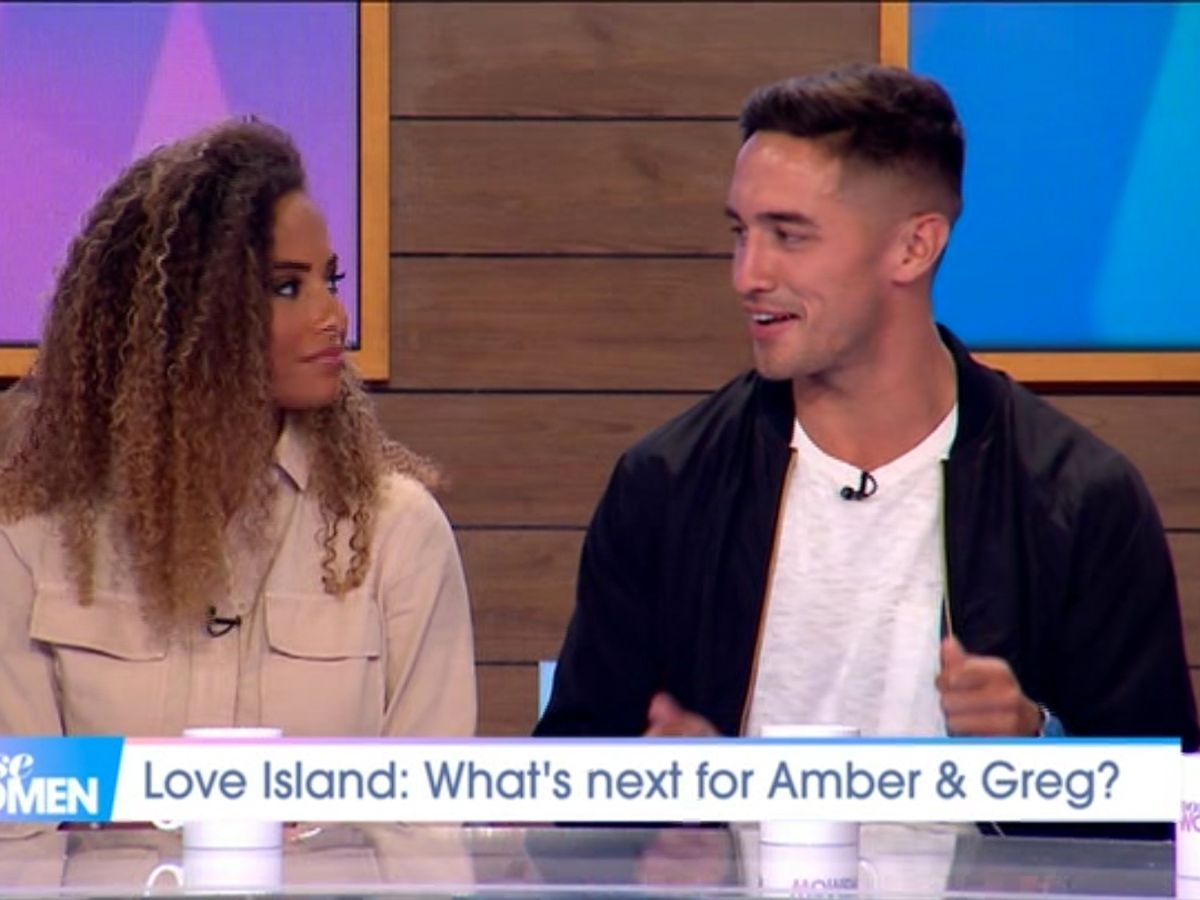 Not a spin-off, that's for sure x

Amy and Marvin are apparently dating

Remember Marvin? He's the one that came in at Casa Amor, got pied by Amber and dressed up as Super Man. Well now he's apparently dating Amy Hart. 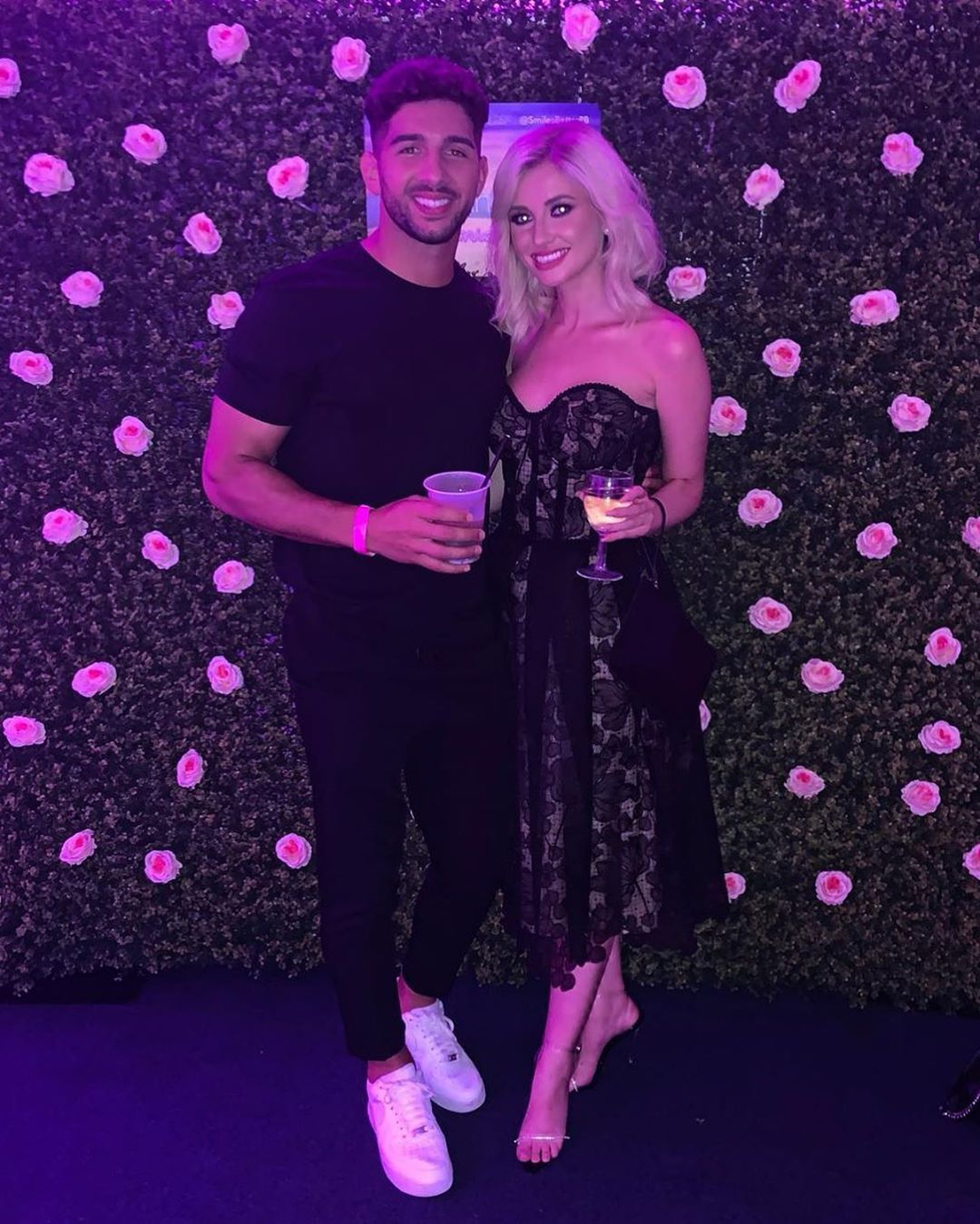 According to Cosmo, the pair struck up a "close bond" after the whole Curtis drama, and she turned to Marvin for support. Since leaving the villa they've posted a couple of pictures together on Instagram, and a source claims there could be more than friendship brewing.

A source told The Sun: "He likes Amy but he's still a bit scarred from his Amber rejection. He's a true gent and he doesn't want to mess things up, but just take things slow as they are so close right now and have been supporting each other since they came out of the show."

Everyone thought Molly-Mae and Tommy had broken up when the pair were absent from social media after leaving the villa. However, The Sun has revealed Molly-Mae's social media break was part of therapy she is undergoing.

She has apparently taken up the offer of therapy that is offered to Islanders from Love Island producers to deal with online abuse.

A source said: "It's been incredibly upsetting for her and she’s really struggled to understand why it’s happened to her. She decided to take up the offer of therapy to try and get her head around it all and hopefully get back to her old self soon.

"All the Islanders are offered it but everyone has been particularly worried about her since the show and have insisted she get some help to cope with it all. She was also advised to take a break from being online, which she has taken onboard."

Ovie is going to be a chef on This Morning!!!!!

In what is possibly the best news ever, Ovie is going to be appearing as a guest chef on This Morning!!

On Thursday he will be cooking brunch for Eamonn Holmes and Ruth Langsford on the show before having an interview.

Expect to see loads more of this:

Ovie wants to know how you all like your eggs in the morning? ? #LoveIsland pic.twitter.com/8ZyEr3DNFq

This Morning’s editor Martin Frizell said: "Here at This Morning we pride ourselves on nurturing and developing new talent. Ovie was undoubtedly one of the most popular Islanders this year and so we’re thrilled to have him on the show as a brand new guest chef."

Michael kissed Nabila AND Joanna at the Love Island reunion after party?!

We already knew the Love Island reunion after party was loose as, but Michael took it to a whole new level.

In pictures taken by The Sun, Michael was seen kissing Nabila (I can't remember her either) at 2:26am and then Joanna at 3:30am!!! He just doesn't stop does he?!

It has been announced our gal Georgia Steel is going to be part of Ex on the Beach series 17.

We all know what Georgia is like, so I for one am DEFINITELY going to be tuning in to see her kick off big style on the beach. The series is set to air later in the year.

Amber and Greg and Ovie and India have been double dating

Is it just me that is living for these four? The Sun reports they were all seen going for a meal together at the Ivy Soho. 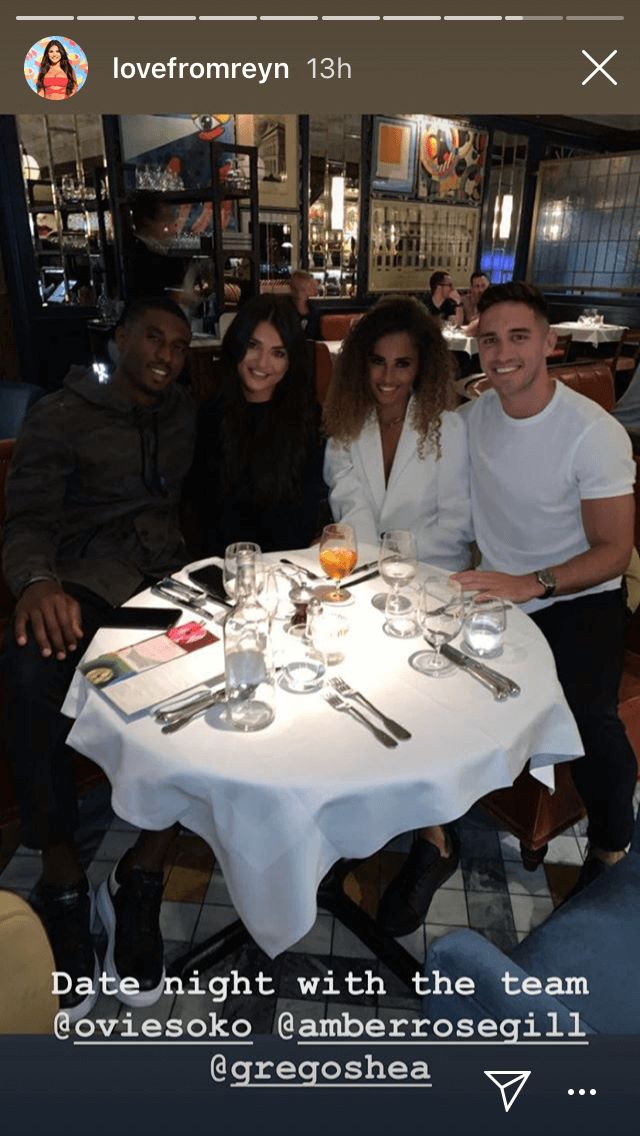 Ahhh Curtis, he really is everywhere right now isn't he? And this week he went to go and see Magic Mike.

The Daily Mail ran with the headline: "Love Island's Curtis Pritchard looks giddy as he meets A-lister Channing Tatum at Magic Mike Live with brother AJ and his girlfriend (but Maura is nowhere to be seen!)" which says it all really.

He did get a pic with Channing Tatum though!!!!

Michael posted a video on his Instagram of him at the club looking out into the crowds of his adoring fans. As Kanye West's All of the Lights plays, people start chanting "chaldish" back at him. Iconic.

See the full vid on The Holy Church of Love Island Instagram story.

Olivia Buckland has had one of her Instagram posts banned 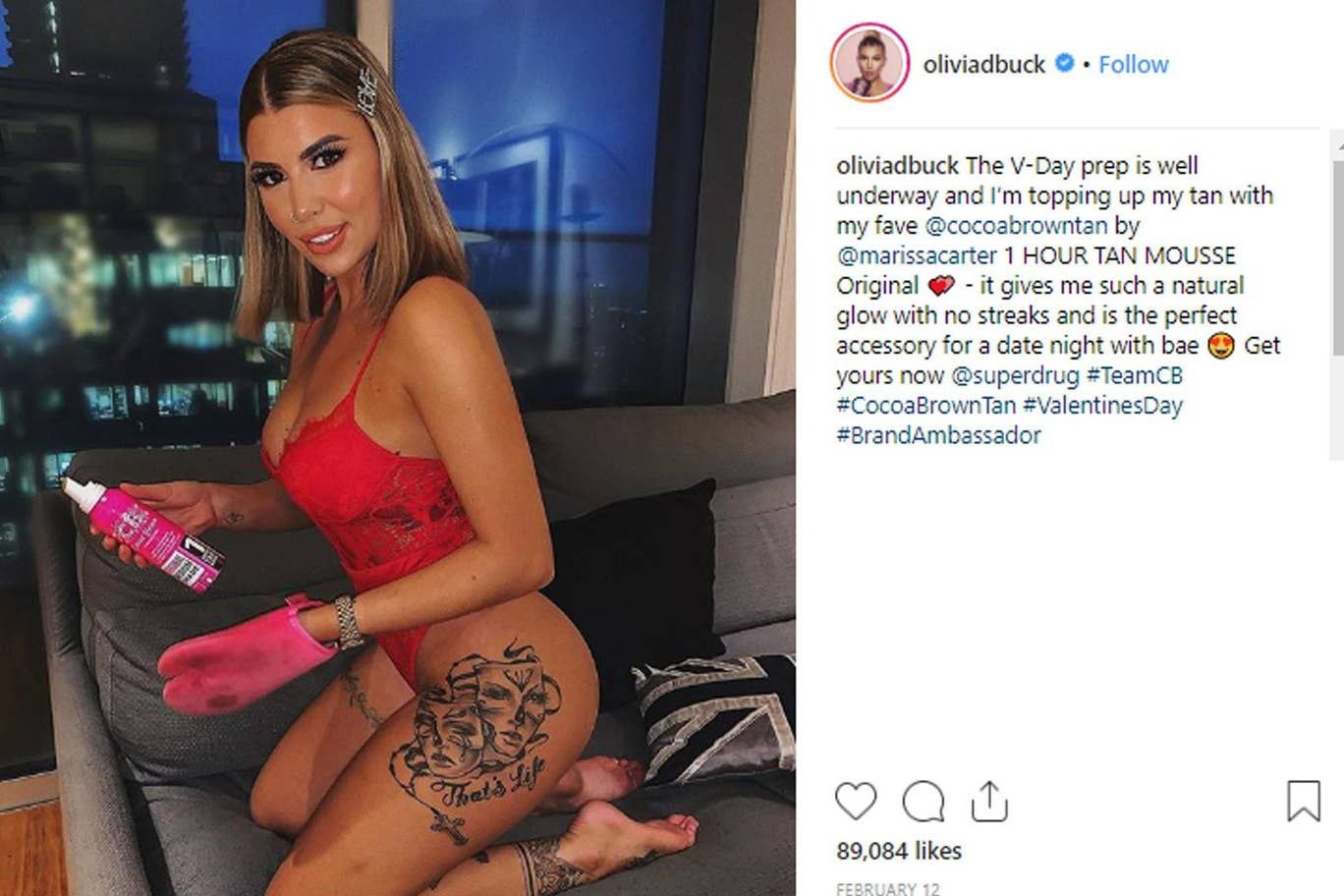 Season two fav Olivia Buckland has had one of her Instagram posts banned by advertising regulators.

She was advertising Cocoa Brown Tan, but the post was taken down as she didn't clearly mark it as an ad. Oops x 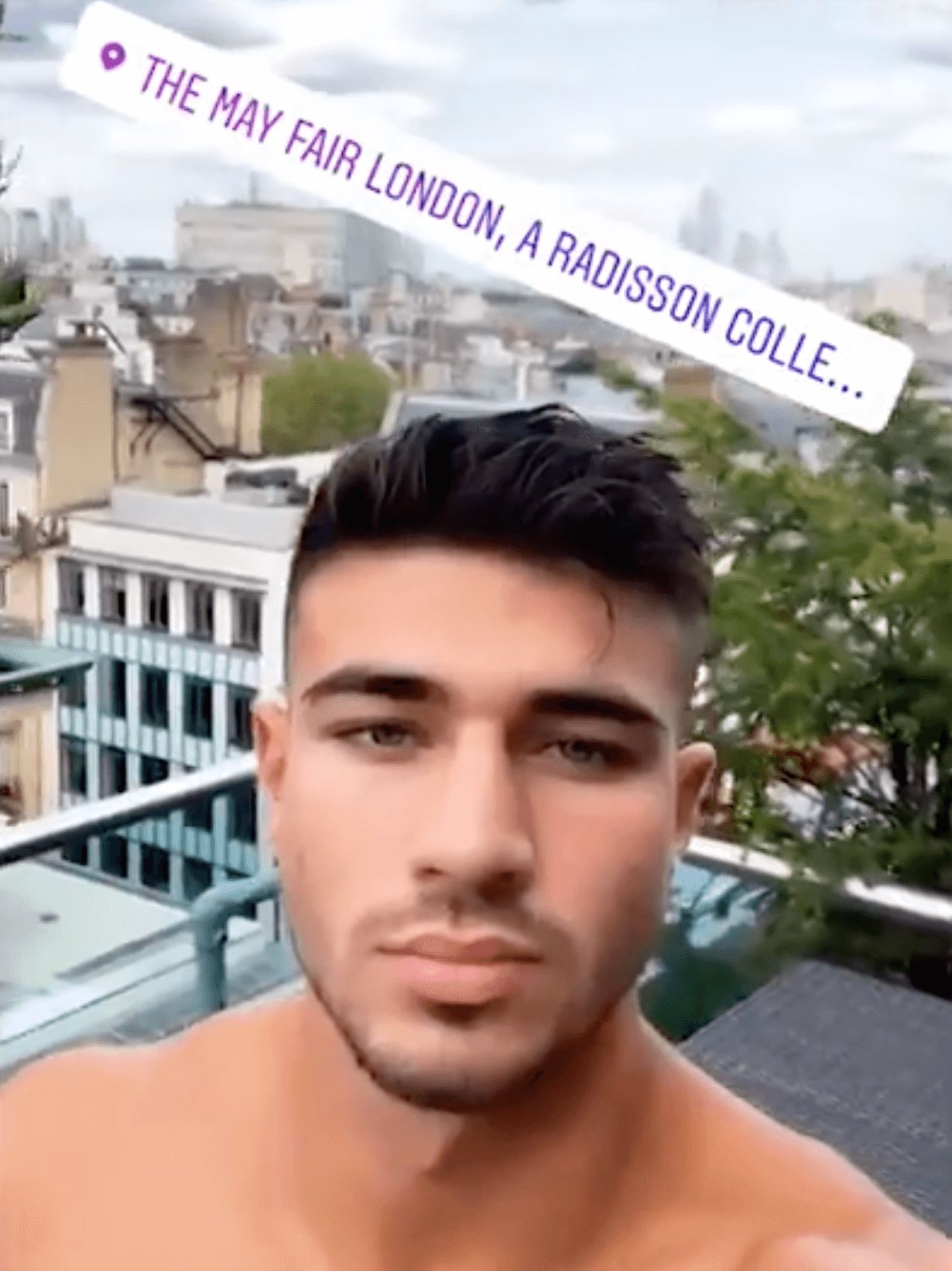 Since going silent on social media, Molly-Mae and Tommy have checked in to The May Fair hotel in London.

In true influencer style, Molly-Mae posted a picture of her out on the hotel terrace whilst Tommy opted for a selfie video of a bit of the view but mostly his head. Give him some pointers please, Molly-Mae. 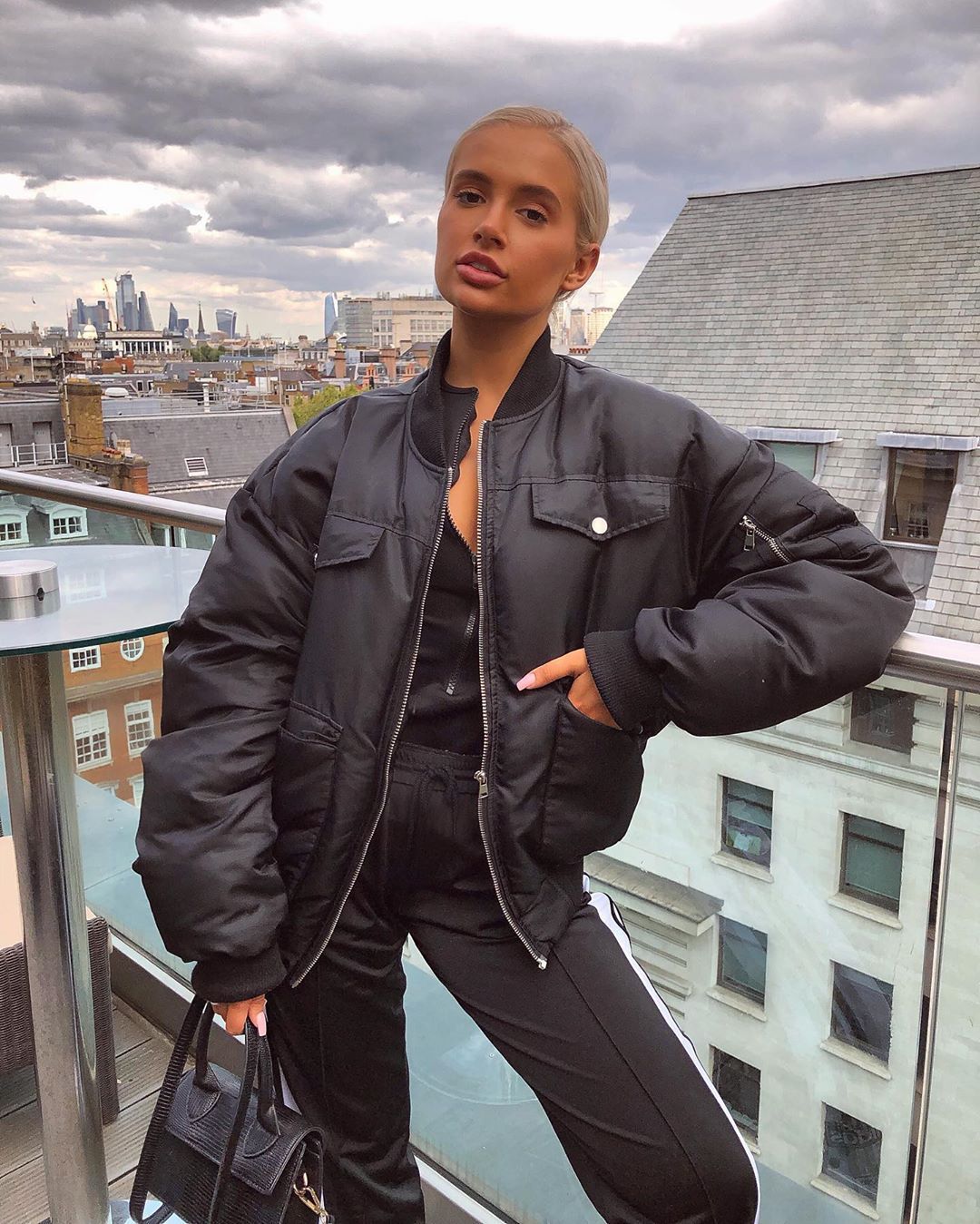 Megan Barton-Hanson is part of the new Celebs Go Dating series that started this week. So far she's been exclusively dating girls, and some of her dates have been awkward to say the least.

It all started so well… who do you think should be doing the apologising? ??????

Despite the dodgy start, it looks like Megan might turn things around in the episodes to come. She said on Loose Women: "It's gone really well. I am dating someone from the show. I can’t say who. I’ve dated both men and women during the show."

The Sun reports Tommy Fury is planning to hang up his boxing gloves to pursue TV "celeb opportunities" instead.

Apparently Molly-Mae is supportive but Tommy's brother, Tyson Fury, has said the "last thing he needs" is to get carried away with being a reality TV star when he's a boxer.

Season three's Chris Hughes posted a picture of himself on Instagram captioned: "I’m not even guna pretend Gili T is fun. I can’t help but hate the locals who treat the horses like a piece of shit for transport, and with that I hate the people who are too fucking lazy to walk, supporting it. You’re all Wankers. Happy Tuesday x". 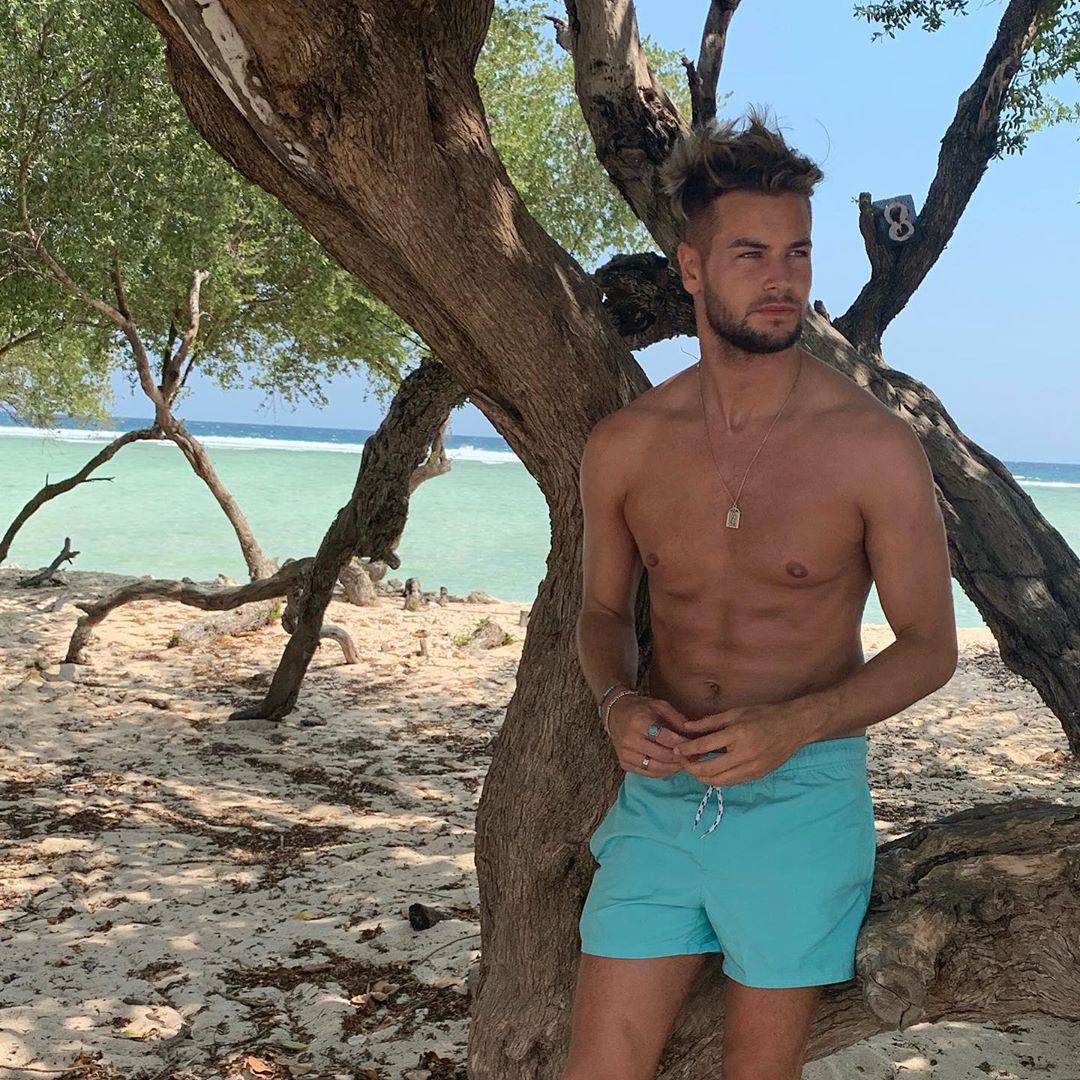 Some people praised him for being real on Instagram, others called him hypocritical because he works with race horses.

So he replied: "And for anyone else who claims this is a contradiction to the way I was brought up around race horses, and to what I do for a job now with ITV racing, then you’re the furthest from accurate.

"It’s not a contradiction in any way, shape or form. Let me educate you. Google Gili T horses. It’s disgusting. They’re treated as transport on the island for all the lazy pricks who can’t be bothered to walk 100 yards. Their mouths are throthing with dehydration, work every hour of every day, on concrete surfaces for other people pockets.

"Race horses live the best lives, get treated with respect, handled well, fed, watered, bedded down morning and night, loved by individuals daily, and actually have a place in so many people hearts. Treated with the closest attention to prevent any discomfort or injuries, and they enjoy what they’re bred to do. The reason I hate this place is because I know how horses are treated at home. It’s the furthest thing from a contradiction."

Now the comments is just full of people arguing. Maybe he should stick to cute pics of him and Jesy Nelson.

Amber is keeping her job as a hairdresser

In an interview with Closer Magazine, Amber has said she wants to return to her job as a beauty therapist in her aunty's salon.

She said: "I’m going to be sensible with the money. I’ll probably treat myself a little bit, but I’m going to invest and be careful with it. I’ll definitely keep working with my auntie.

"We’ll still have the salon, and I’ll build from that – the goal would be opening a few more salons together. That was the idea before Love Island, so hopefully we’ll see what we can do."

When Islanders leave the villa, they all promote car air fresheners. It is what it is. But Elma must either be reaaaally strapped for cash, or literally addicted to the freshness because she's posted about them FIVE times. 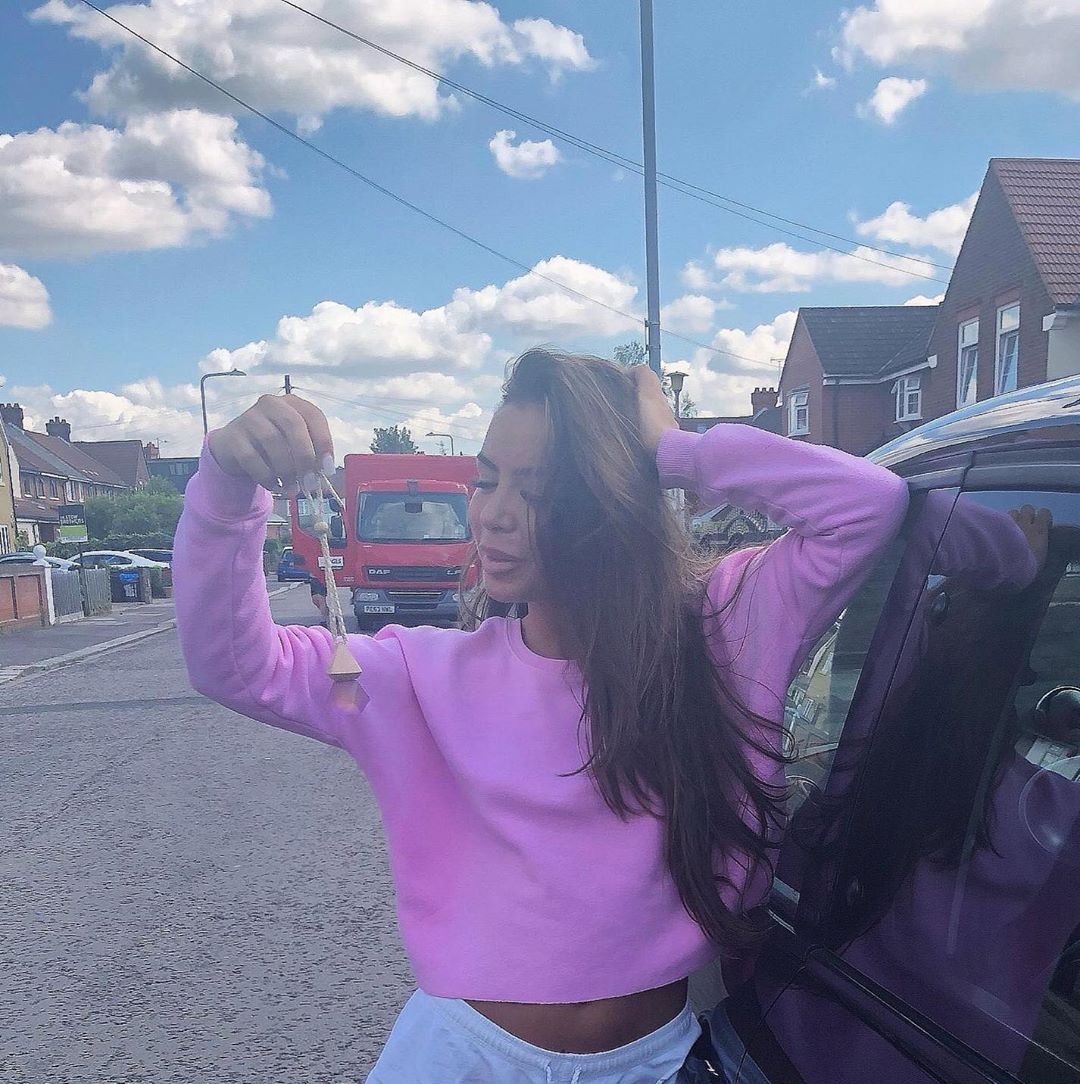 Her Instagram is flooded with car air freshener posts, all posted in the past month. She claims the fragrances last for up to six weeks, but if she's had five already I really am questioning that.

PA tour started on Monday & what a reception I go! Back on the road again tomorrow. Which town would you love to see me in? ❤️

If that's not enough gossip for you, here's even MORE stories:

• Love Island Gossip Column: Curtis would go out with a man?!! And Molly-Mae told Anton to fuck off?