Love Island Gossip Column: Curtis would go out with a man?!! And Molly-Mae told Anton to fuck off?

It’s all coming out now

Curtis is doing well to keep himself in the headlines, given how few votes he got in the final. This week, he told The Sun he doesn't do "labels," saying: "I’ve been with women and I’m with a woman now. You can never put a label on anything.

"It’s a cliché to say, but love is blind. I can never ever say what will happen in the future. I wouldn’t rule anything out."

We spotted George in London Fields in Hackney Central and obvs snapped a pic with him. 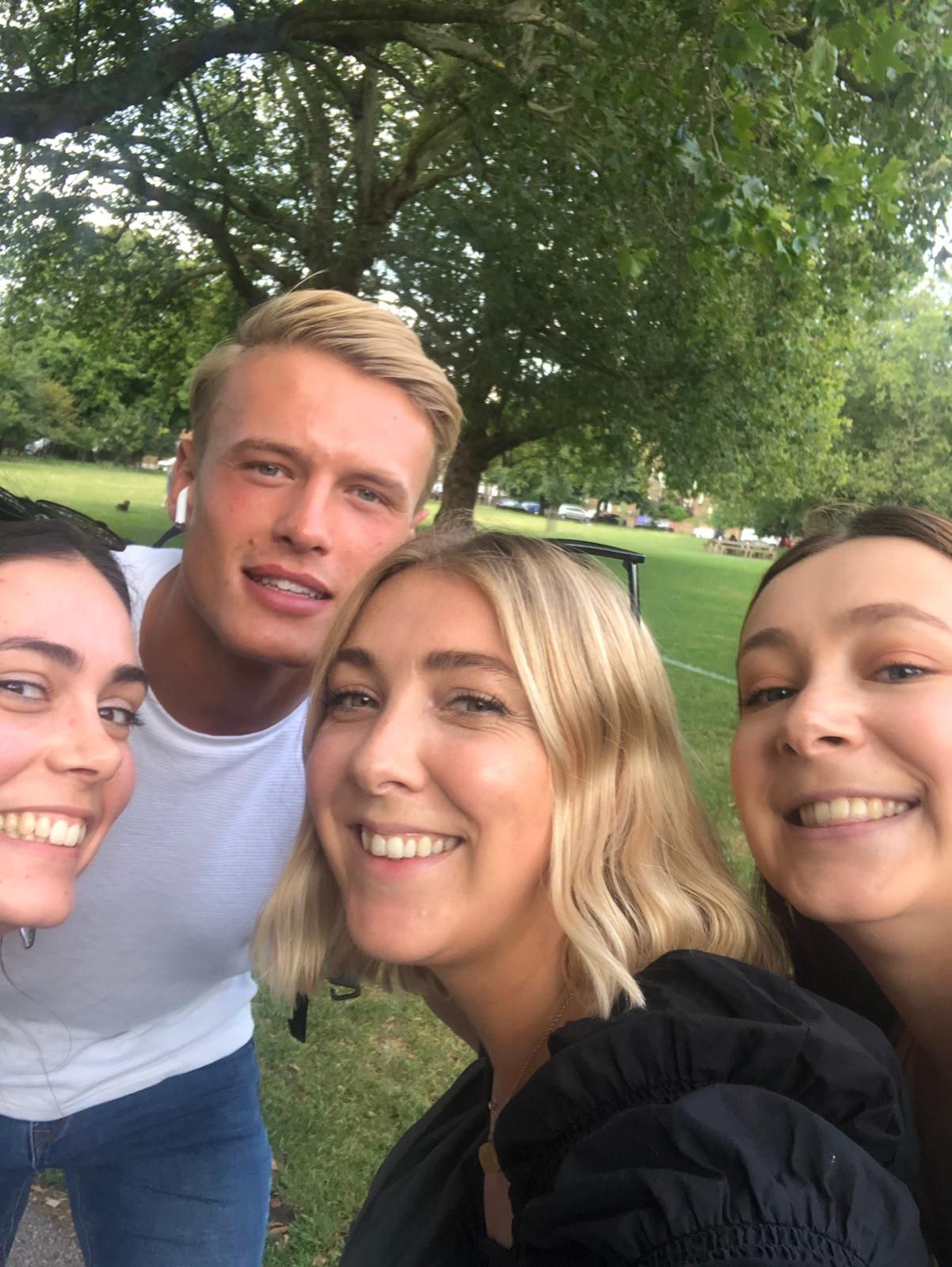 To our surprise he was much fitter irl than he was on the show, despite the fact he didn't take his AirPods out.

Have Molly-Mae and Tommy split up? Obviously not, you tool

The tabloids have been running stories every day about Tommy and Molly-Mae's potential split, but this week Molly-Mae finally posted an Insta of them together:

I found what I came here for. Thank you from the bottom of our hearts for the incredible support ❤ This is just the start… @tommytntfury

It had been a week, guys. Calm down.

Last week, it was revealed Anton had unfollowed Molly-Mae on Instagram. People lost their minds. Why would he do such a thing, you ask? Well during The Reunion last night he said it was because the two had never really been mates.

He told viewers: "I'm sure Molly will agree with this, we never really spoke in the villa, we never even spoke."

A visibly surprised Molly-Mae replied: "I mean, I didn't think you weren't a friend of mine, I'm not gonna lie. I thought we were friends."

Anton explained it was his management who followed Molly-Mae in the first place, and he had no intention of adding her back.

Molly-Mae said: "Yeah, but… we weren't the closest, but I wouldn't have said we weren't friends."

She could then be seen shaking her head and mouthing something which could have been lip-read as "fuck off" or "fair enough" depending on how rare you like your beef. Watch the clip below and make your mind up:

Molly-Mae mouth Fuck off to Anton ??? he kind of deserved it to be honest pic.twitter.com/4pTFpPRMac

According to a show insider speaking to The Sun, Love Island is looking for specific types of contestants for its winter show.

A guy who was approached at a pool party in Spain said: "I was asked if I was single and they showed me credentials from ITV2.

"I was a bit nervous about giving my name so they then showed me an email where they’d been asked to find 'types'. On there, it listed twins, goth girls and Essex lads."

After nearly three weeks of knowing each other, Greg and Amber are ready to move to be with each other. On The Reunion last night, Caroline asked Greg and Amber how they'd make long distance work, to which Amber replied: "I might move to Ireland."

I mean realistically there's no chance of this happening, and if these two have a brain cell between them they'll both end up in London but whatever.

Anna's sister was given a lecture by Love Island producers

In case you missed it, during the brilliant Anna Jordan debacle, Anna's sister went on a 10/10 rant about Jordan during which she claimed Jordan hid his feelings in the gaps in his teeth.

Apparently Love Island producers got quite angry about this. Anna's sister Mandi told Radio 1: "So I did get a call from the producers of Love Island and they gave me a little bit of a lecture.

"I mean, they didn’t tell me to take it off – they sort of advised me to, they said it was a bit distasteful and I wasn’t handling it in the right way.

"I tried to defend myself by saying I’m not part of the show, I’m not on Love Island.

"I told them that I’m not one of the cast, I’m just a normal person on Instagram. I can say whatever I want.

"But they were like 'you’re Anna’s sister now, you’re in the limelight, whatever you say affects people, it affects Jordan and his family and all of this stuff.'"

Sherif wanted to 'gate-crash' the after party

The dumped Islander was apparently so upset about being banned from the Love Island final he planned to cause a "big scene" to embarrass producers, according to The Sun.

The source said: "Sherif is so angry he doesn’t care about being banned he’s going to show up anyway and get into the party.

"He’s determined to cause a big scene and show everyone who’s boss and make the people who banned him realise how much they’ve upset him."

However The Metro says Sherif didn't end up crashing the party, and instead spent the night preparing to launch his clothing lines.

Have a very long evaluation of yourself before you buy anything launched by Sherif Lanre.

I mean just LOOK at them:

It's like the emo belts you wore in year nine evolved into shoes. Ew.

Maura's got a job presenting on This Morning

The fourth place Islander will be fronting a segment called "Maura than Meets the Eye," which will see her undertake various challenges up and down the country.

'I'm not in love just yet, but I definitely am getting the feels'.

Love Island's @MauraHiggins has her say on that @CurtisPritchard interview… pic.twitter.com/YKfPReBonG

She said: "I'm getting the flutters about joining This Morning. I can't believe it. It's beyond my wildest dreams!

She'll also be hosting a phone in session, during which she'll talk punters through their love lives.

To reiterate, the woman who is currently shagging Curtis Pritchard now gives relationship advice for a living.

Having spent their days in the villa on a paltry diet of two drinks a night, the cast got appropriately smashed to celebrate the series finally ending.

The best pic of the night is of Harley looking sad on a pavement, as you'll see below:

Harley after the #LoveIsland After Party – we have all been that girl. Heads up sis! Plenty more ?. X x pic.twitter.com/UiXDYYbCr9

Car air fresheners are BACK baby! Step up to the plate: Marvin

It has been WEEKS since we had some proper tragic spon-con to rinse. Thankfully order has been restored and Marvin has come through with the goods:

My car now actually smells like Creed and not football boots ? These things are the bomb! Use MARVIN10 for money off @CarFumeUK ? #AD

Look at his face, he's looking at you with disdain because you aren't worthy of his shitty car air fresheners. For shame.

Love Island is OVER and yet we still have trash content for you:

• The Love Island final voting figures are here and it was pretty close!!!