Everything we know happened at the Love Island After Party

So much drama, so little air time

The Love Island Reunion aired last night after just one week of the Islanders being out of the villa and it was juicy to say the least. We saw all of the ex-Islanders get together to reflect on the series, catch up on what they've been doing since leaving the Island and publicly talk about any drama that has happened – and there is a lot.

We already know their Instagram following has increased, they've openly gossiped about each other, met up with other ex Islanders and have done some class sponsored content – but what happens behind the scenes?

Here's everything we know about the Love Island reunion after party, because this is where it all really goes down.

Chris left with Maria, leaving Harley sat on a kerb

Chris and Maria were pictured leaving together arm in arm. Despite posting a story earlier in the evening of her and Chris kissing, Harley was pictured sat alone on the kerb whilst Chris and Maria walked off together.

Joe and Lucie left together

Pictures have surfaced of Joe and Lucie leaving the party together, getting into a taxi and going into the same hotel at 2am. They previously said they were just friends and intended on keeping it like that, but things looked a little different last night.

Sherif was pied off with no invite

Having been kicked off the show early in the season, Sherif didn't get an invite to the reunion show. Awks.

sherif: am i coming to the reunion?
itv producers: #LoveIsland #LoveIslandReunion pic.twitter.com/LJv72G1kFw 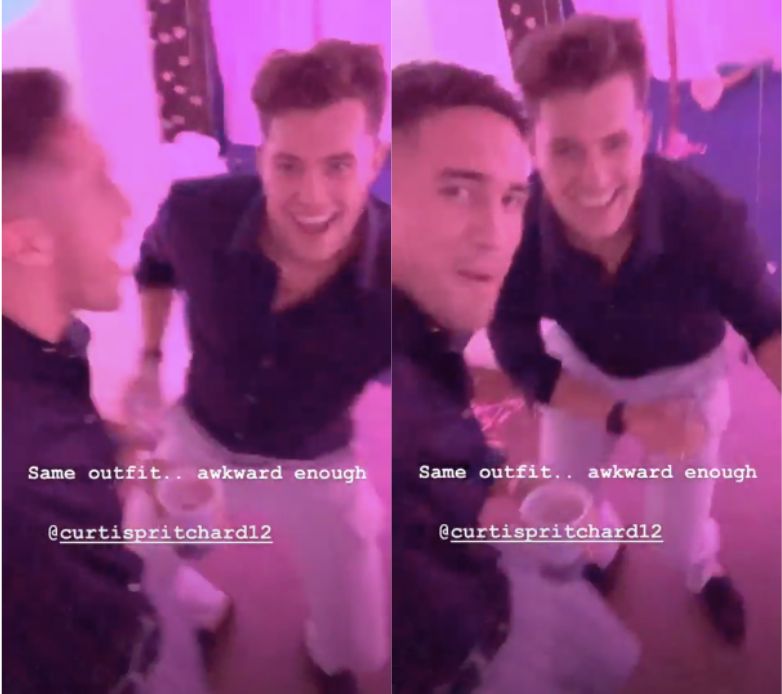 Caroline Flack was caught kissing her mate on the street

Caroline was looking slightly worse for wear as she kissed her friend and then got a taxi home with her new man, tennis player Lewis Burton.

Caroline Flack snogs her pal in the street as Molly-Mae and Tommy kiss after Love Island bash: The 39-year-old host was seen getting amorous with a female friend before jumping into a cab with latest beau Lewis Burton https://t.co/WgYN0B02sn pic.twitter.com/XDo84ywV77

There was inflatable flamingo races

A cracking twist on the basic flamingo pose. 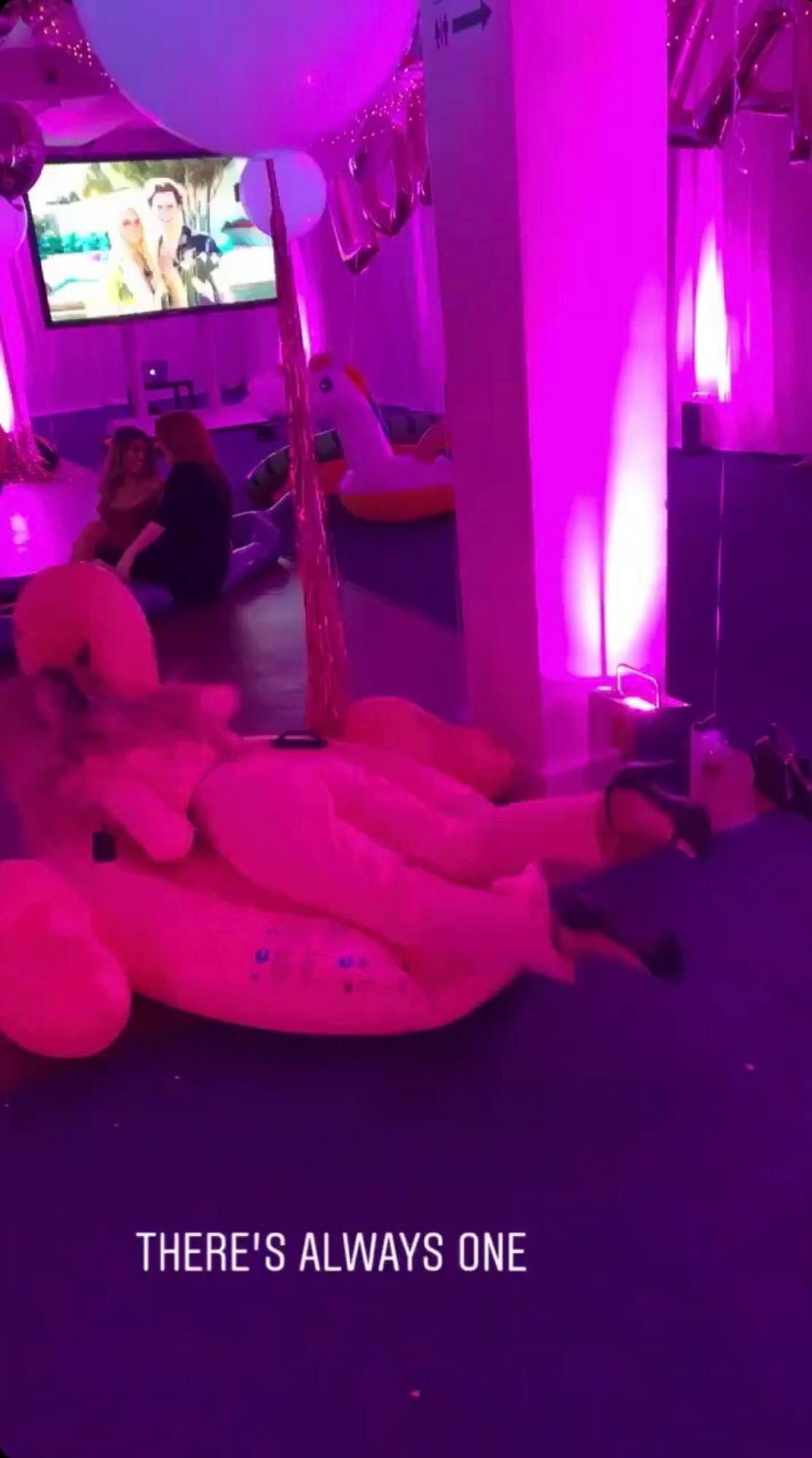 The Islanders all got blankets and pillows with their faces on

Yes, you read that correctly. All the Islanders were given a blanket and a pillow with their face on and the blankets are just a bit creepy. 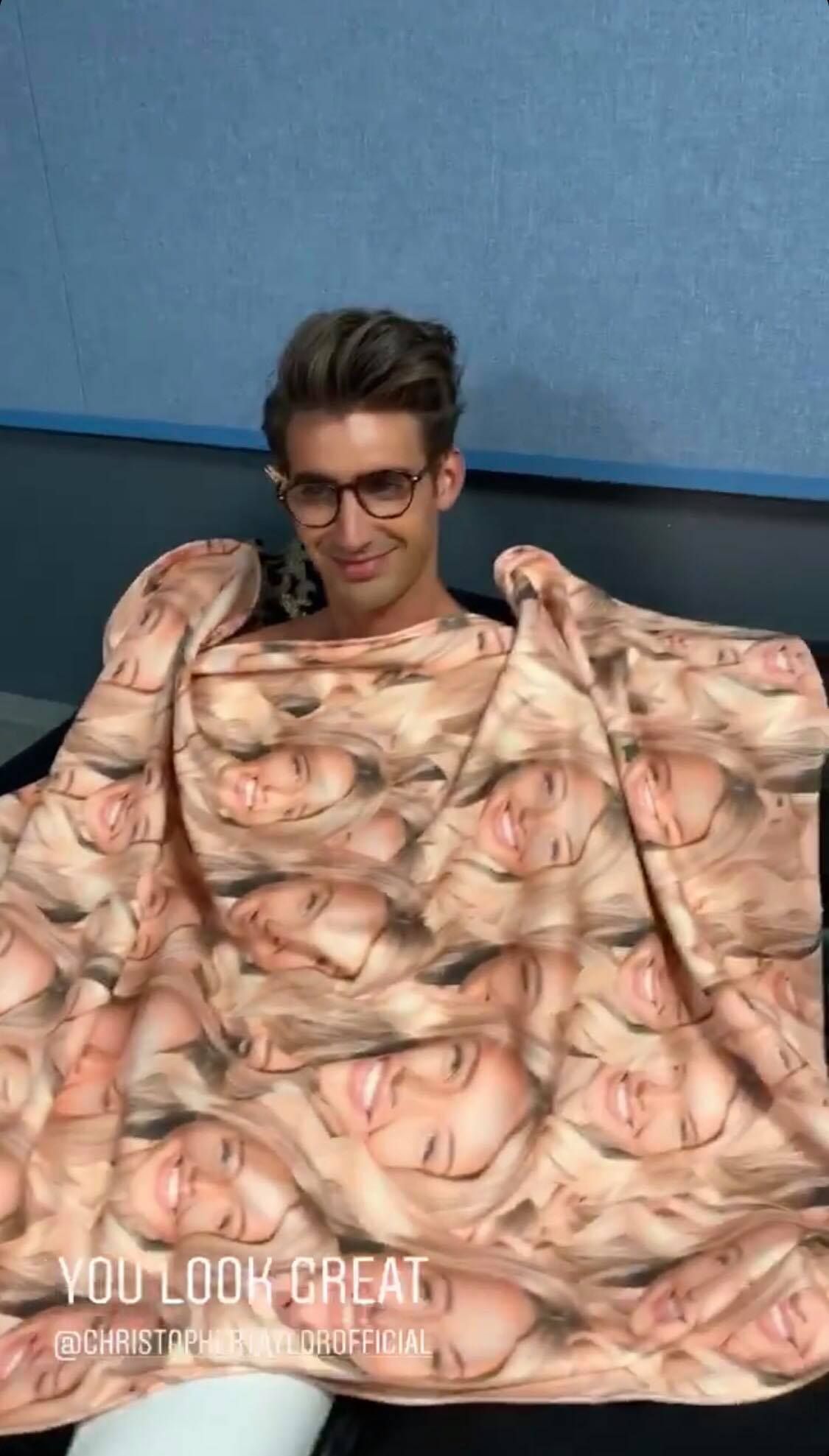 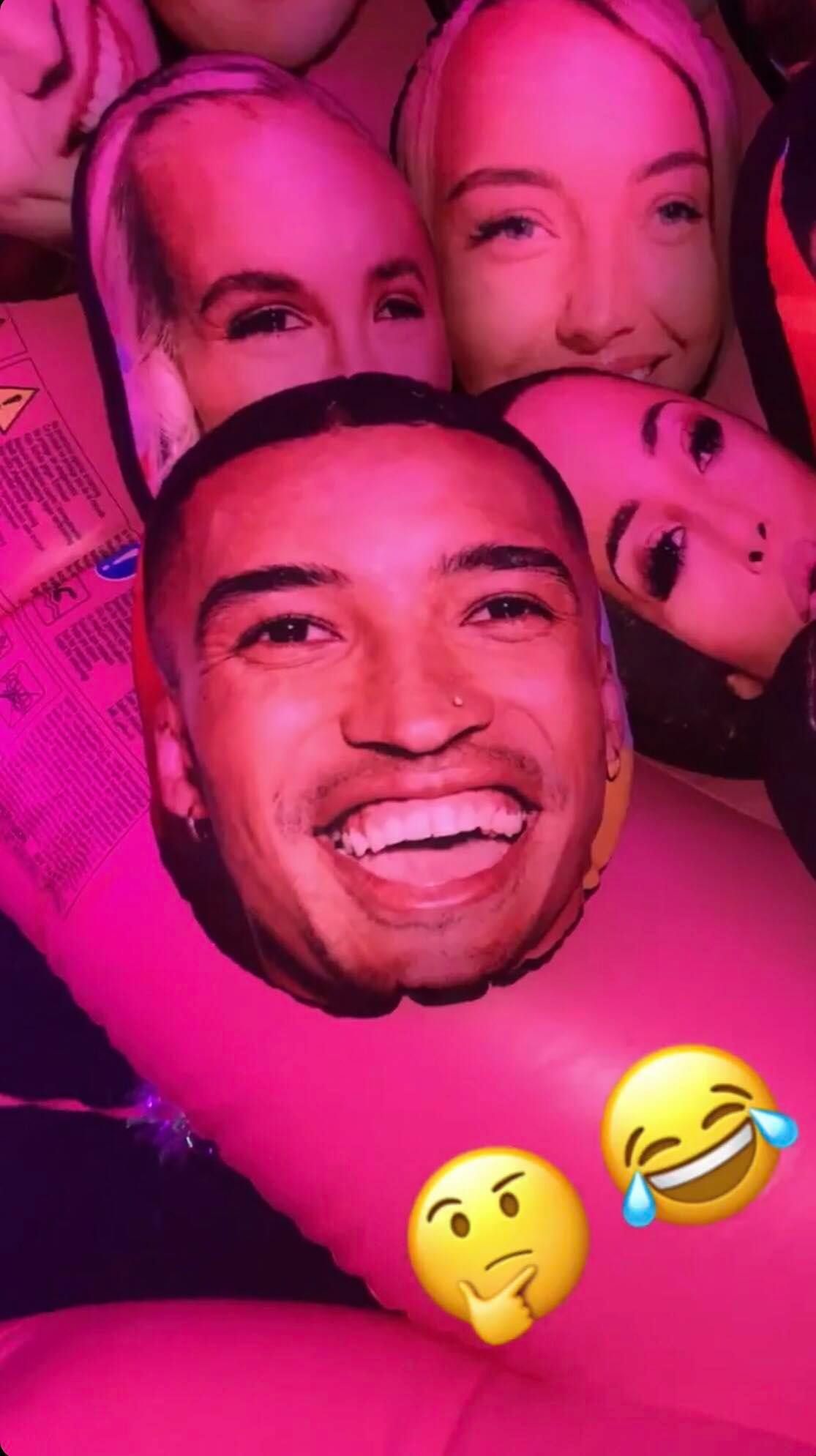 There was some very extra cake

One of the cakes had four tiers and pictures of all the Islanders on whilst another was heart shaped and had the iconic catchphrase "It is what it is". Amber, the birthday girl, also got a big cake. 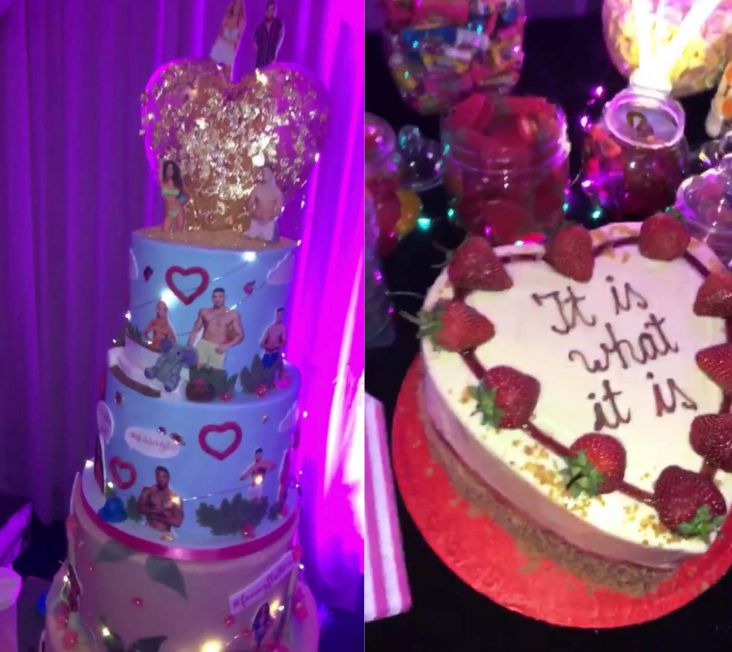 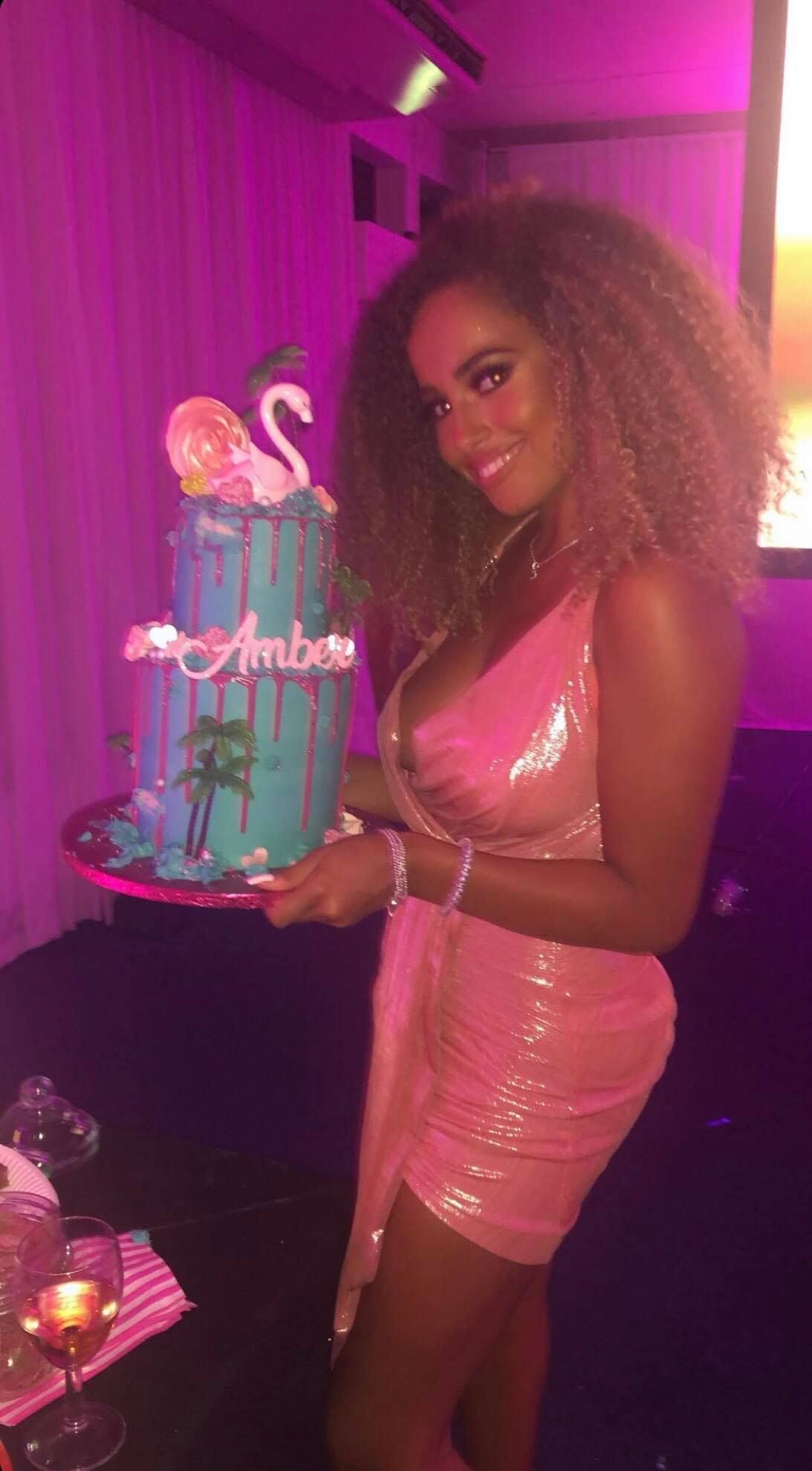 There was a fanny flutter cocktail Amber and Greg were ridiculously cute all night

Last night showed everyone exactly why these two deserved to win. The PDA was obvious but not too heavy, just enough to make everyone's eyes water a little bit.

Also, the reunion coincided with Amber's bday Greg posting a v cute happy birthday message to Amber on Insta. The ice queen is melting and, really, can you blame her?

Massive happy birthday to this amazing woman, she really is a 10/10. So lucky to have met her and can’t wait to get her to Ireland ☘️❤️

Why are Amber and Greg so cute, I'm crying #loveisland pic.twitter.com/U9rdPMqWO9

If this is the drama that has come from only a week of the Islanders being apart, we cannot wait to see what happens at the Christmas reunion.

• Ranked : The Islanders who have the most Instagram followers now