Last year, one of Netflix's stand-out shows was You. The show is set in New York and follows Joe Goldberg (played by Penn Badgley) as a sort of more deranged version of Dan Humphrey from Gossip Girl. He's obsessed with Beck, a young blonde (shocker!!), and his obsession escalates from zero to a hundred pretty quickly. Now, Penn Badgley has spilled the tea about the new season, and it sounds incredible. He's given an insight into some of the You season two details, and I need it RIGHT NOW.

*Warning: Some spoilers for You season one on Netflix*

His character sounds more dangerous and obsessive than in season one

Joe Goldberg in season one of You on Netflix

In an interview with ET Online, Penn Badgley admits some scenes portraying Joe's obsessive character were difficult for him. He said: "It’s the ones where I’m trying to embody Joe really living in that house, really having these rare moments of coming to terms with what he’s done, and that’s far more difficult than committing a certain act in a moment, whether it’s hitting Shay Mitchell over the head with a rock or stabbing someone in the neck.

"There are some things I’ve done with prosthetic bodies in this [new] season that were kind of nauseating as I did them, I will say that."

The second season is based on the book 'Hidden Bodies'

The first season was based on the debut novel by Caroline Kepnes, called You. The second season is based on the author's follow up to this story called Hidden Bodies. This book dives into more of Joe's early life.

The summary of the book says: "Joe Goldberg is no stranger to hiding bodies.

"In the past ten years, this thirty-something has buried four of them, collateral damage in his quest for love. Now he’s heading west to Los Angeles, the city of second chances, determined to put his past behind him.

"In Hollywood, Joe blends in effortlessly with the other young upstarts. He eats guac, works in a bookstore, and flirts with a journalist neighbour.

"But while others seem fixated on their own reflections, Joe can’t stop looking over his shoulder. The problem with hidden bodies is that they don’t always stay that way. They re-emerge, like dark thoughts, multiplying and threatening to destroy what Joe wants most: truelove.

"And when he finds it in a darkened room in Soho House, he’s more desperate than ever to keep his secrets buried. He doesn’t want to hurt his new girlfriend—he wants to be with her forever. But if she ever finds out what he’s done, he may not have a choice." 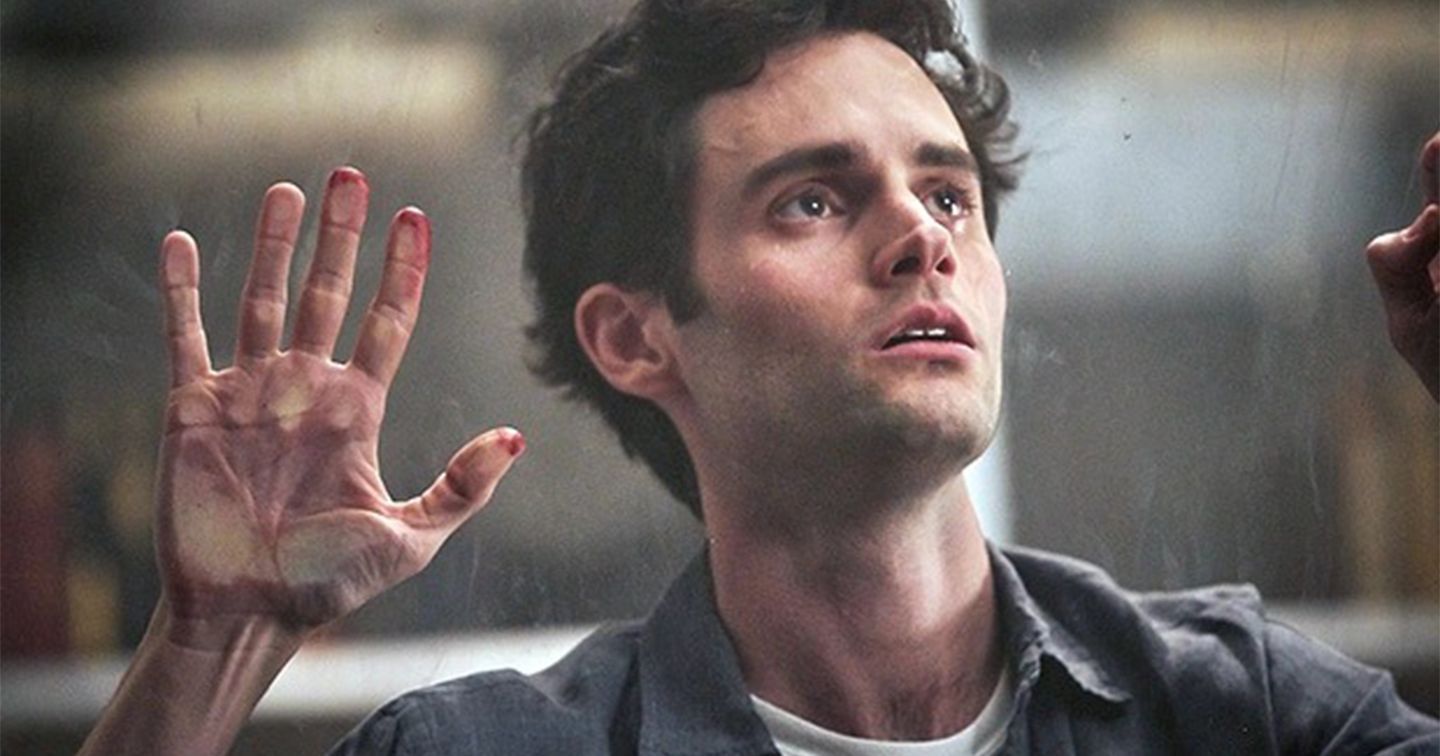 A brief look on Twitter and you'll see people discussing how attractive Joe's character is, or how they wish he'd kidnap them too. Which you know, considering he kills Beck in the end is a bit weird. Penn says this reaction isn't actually all that problematic and it's about showing how transfixing a character like Joe can be.

@PennBadgley can kidnap me anytime! I won't resist 😂 #YOU

He said: "We, as the creators of the show, and me, as the actor, certainly want to take responsibility for him being likeable in the way that he is.

"I don’t want to just say that it’s problematic and that the viewers themselves have a problematic reaction, I think what’s inspiring about it is that at a time when we’re striving for the empowerment of women and for the equality of men and women, that we are also simultaneously able to be transfixed and charmed by a character like Joe.

"It speaks to how deeply ingrained a lot of these standards and norms are where we love to see a guy behaving like him. In a way, Joe is a great cultural touchpoint to say, ‘we still have a lot of work to do.’"

If you don't want spoilers look away now. There one was one particularly interesting fan theory that suggested Beck, who Joe Goldberg got so obsessed with he ended up killing, hadn't actually died at the end of the first season of You.

Beck in season one of You on Netflix

Fans went into meltdown after season one, they were sure Beck from You was actually still alive. The theory says Joe proclaimed he "would never hurt someone I love" in the show, and he might not have been lying. We don't even know for sure that Joe killed Candace. The fan theory went pretty deep, and by the end of it you wouldn't be blamed for believing there's hope she's not been killed by Joe.

Am I the only one who thinks Beck is alive in the show called YOU?

However, Beck's death will be looked at again in the new season of You on Netflix. Fans believed she wasn't dead because it wasn't shown on screen, but it looks as though will be in the new episodes. Penn said: "There's a revisitation of that with Joe in the second episode of the second season, where you get to see a bit more of the hard reality of what he did to her. Whereas you're sort of, for better or worse, mercifully saved from seeing that in the first season.

"That always haunts me, thinking of Beck. It's like, 'You really did that in the first season, and we're still going, and people really like this guy?!' That's disturbing. In his mind, she's not even dead.

"I’m not giving you some kind of spoiler, she’s dead. In his mind, everyone’s still alive because the pain that he feels he suffered at their hand is very much still alive."

Ahh, she really is dead then.

Joe Goldberg's new love obsession is called just that, Love. Aspiring chef Love Quinn is about to be the next girl on Joe's weird and creepy mind. 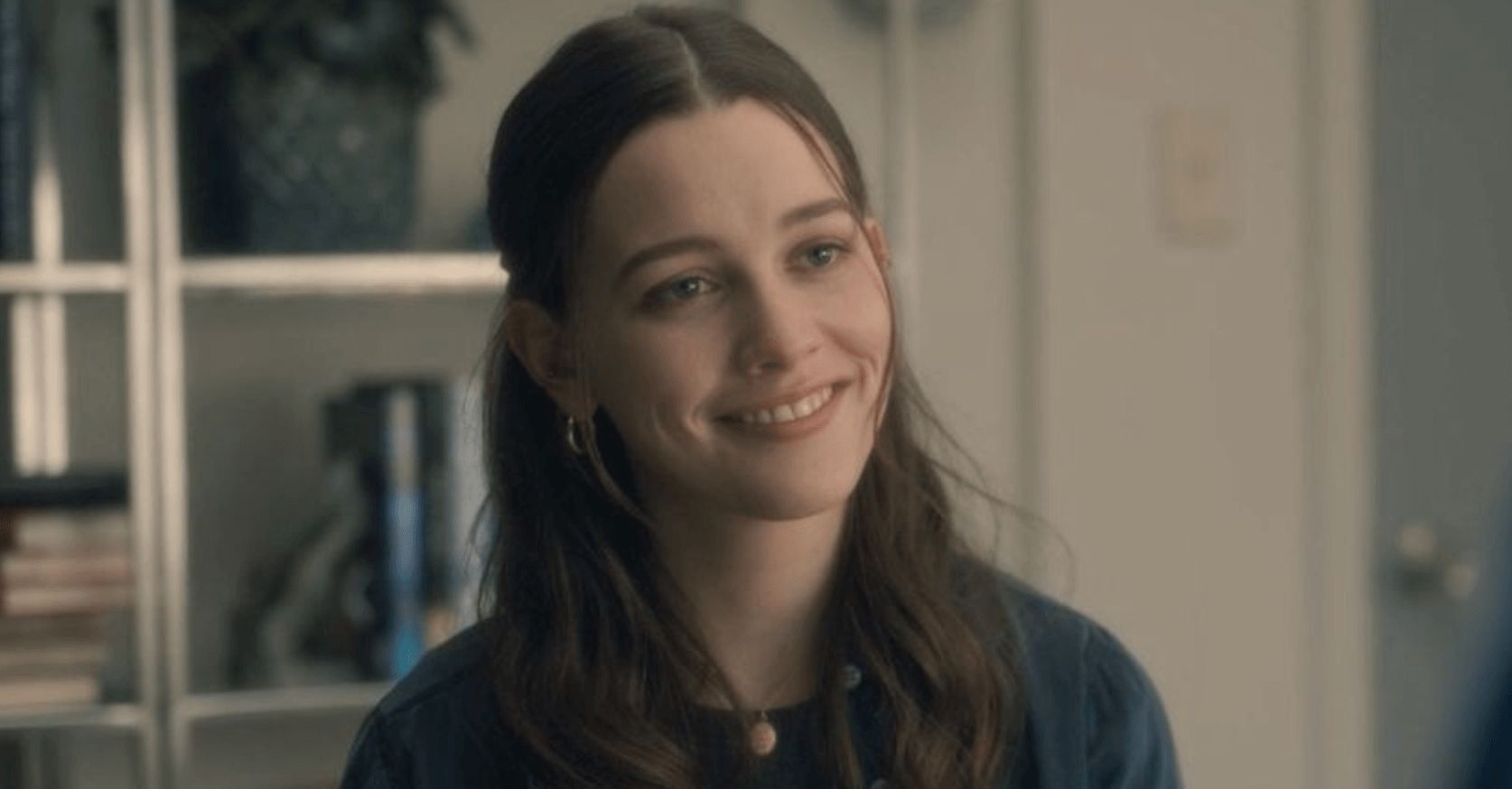 Penn said: "I’m really excited for people to get to know Love. She adds a dimension that hasn’t existed yet.

"There’s a side to Joe that we haven’t seen yet because her character, in some ways, is the polar opposite of Beck.

"Joe was always trying to get Beck’s attention, sort of almost against her own instincts and will, whereas Joe is trying to be better. And Love won’t let him say "no" to her, even though he’s trying desperately.

"It’s very different between Joe and Love than it was with Beck, and thank god, because you can’t do that again. That would just be brutal. To me, that would be irresponsible if we did the same thing again."

When is season two of You coming to Netflix?

Netflix seem to follow a similar time frame when scheduling shows, so if You follows these schedules, it could be as soon as the end of this year when it drops the next season!!!

Related stories with all the gossip and news about Netflix's You recommended by this writer:

• Meet Love, Joe Goldberg’s new obsession in the second season of Netflix’s You