The Haunting of Hill House is getting a second season, and I’m already scared

I’ll probably cry at this season as well x

The Haunting of Hill House is the Netflix 10-part series that was named "the scariest show ever". It apparently gave viewers nausea, and left them in actual tears. So if for some reason you want to put yourself through all that again then you'll be pleased to know that Netflix has confirmed a Haunting of Hill House season two!!

If you didn’t cry from the last episode of Haunting of Hill House, you’re a psychopath. Don’t @ me

The new series is expected to be very different to the first, with a new name and a new setting.

Everything we know about The Haunting of Hill House season two:

The new season is inspired by a different book

The Haunting of Hill House was inspired by the horror novel by Shirley Jackson with the same name. But season two will be based on a different horror book, this time it will be an adaption of Henry James’s The Turn of the Screw. The new season will be called The Haunting of Bly Manor and begins the episodes being turned into a "The Haunting" anthology series.

This means the new series will not be a continuation of the first, and will instead be an entirely new plot and story. The book is about a governess that is hired to look after two siblings. The Manor they are in is haunted (obviously) and the ghosts soon take hold of the children.

Given that it is a new story, the cast from season one will not be returning. Netflix, and the show's creator Mike Flanagan, and producer Trevor Macy have confirmed there will be an all new cast. The cast has not yet been confirmed. 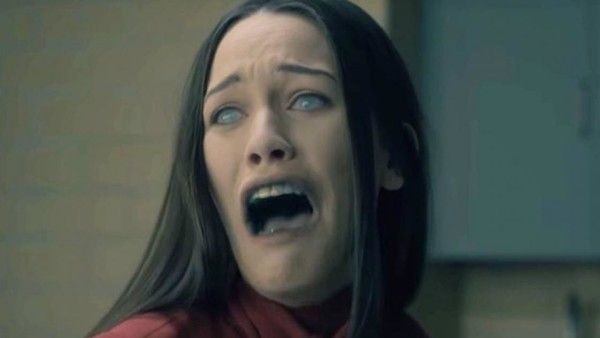 When is The Haunting of Hill House season two release date?

The release date has not yet been confirmed, but the teaser trailer says it is expected in 2020. Watch this space. ?

Watch the Netflix teaser video for The Haunting of Bly Manor:

• Finally! This is when Brooklyn Nine-Nine season five is dropping on Netflix