Trash Gossip Column: Drop EVERYTHING because Eyal and Rita Ora are dating?!?!

Welcome to The Tab's Trash TV gossip round-up, bringing you the pettiest drama and the least believable tabloid exclusives from around the internet today. Today we have a Love Island special!

I never thought I'd be writing this sentence, but according to The Mirror, Eyal Booker was spotted snogging Rita Ora earlier this month. They were on a night out in Notting Hill. They are now rumoured to be dating.

Idk about u jetlag //

However, Eyal's representatives have since denied the dating rumours. Hmmm. ?

Great turn out yesterday for our Coventry launch! ? Thank you to everyone who came down for their FREE kebab and to meet our special guest, Love Island star Charlie. ? Where should we open a GDK next?! ?? #KebabsDoneRight #GermanDonerKebab

Coventry's Love Island fans got to meet their idol, Charlie Brake, when he was the guest of honour of a kebab shop opening last Saturday. Apparently he was "all smiles as he met fans of the show and posed for photos at the restaurant."

Meanwhile, Ellie Brown admits to having £700 worth of parking fines and three points on her driving license

Actually excited to go back into Love Island for a few days just so i can’t get any congestion/dartford tunnel/restricted zone/parking fines. £700 and 3 points later safe to say I’m not used to driving in central London ? all genuine accidents too lol

And she may have accidentally revealed the Love Island reunion will be held in the villa???

After tweeting "actually excited to go back into Love Island for a few days", people are speculating the cast will fly back out to Spain for the Christmas Reunion show.

A source told the The Sun: "The stars have been in uproar over being paid so little for two days’ work. It almost isn’t worth hours of awkward conversation with your ex — which for many of the islanders will be the case now.

"A few have even discussed dropping out to avoid any unnecessary aggravation. The low fees have also upset their agents, who are used to dealing with much bigger contracts."

Hayley Hughes and Tom Zanetti are having MARRIAGE talks

They may have only been together for three months, but the pair have already had the marriage talk. Hayley told OK! Magazine: "He already knows my ring size." And now I don't know whether to laugh or cry bc I can't even get a text back.

Of course Georgia Steel has a 2019 calendar! 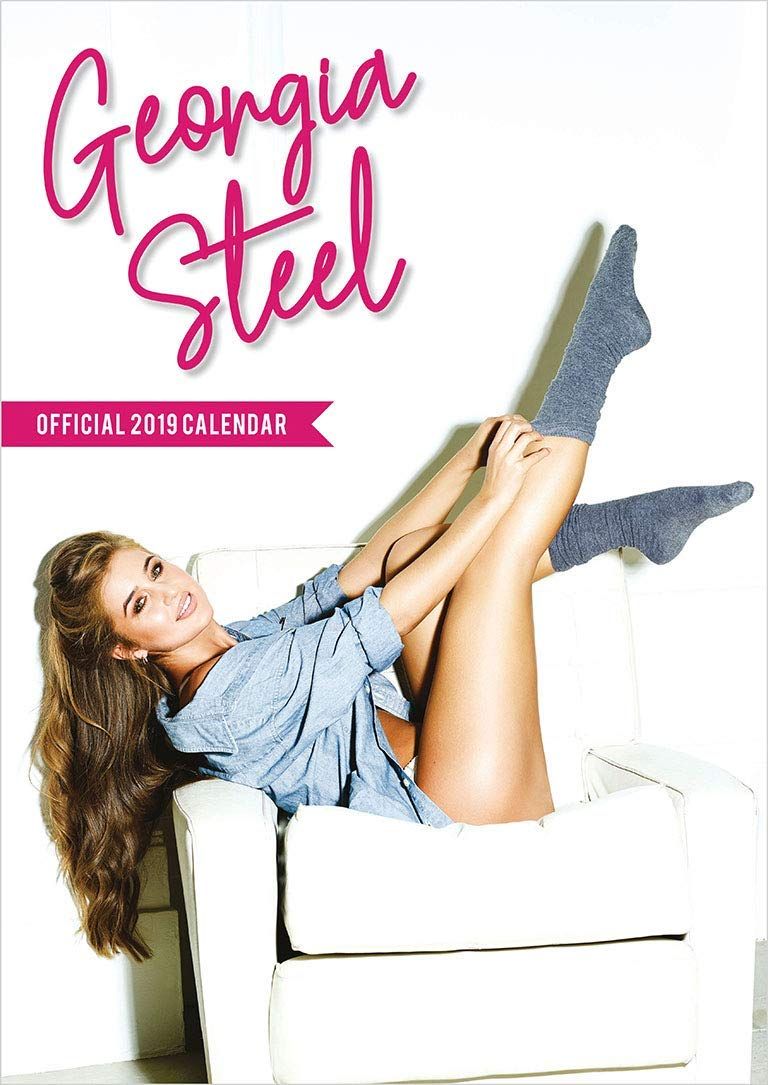 As annoying as she is, ngl she looks FIT. See more pictures from inside the calendar here and buy it on Amazon for £15.

Predictably, Adam Collard has done one too!

It’s here ✌️ So if you want to buy your Mam a useful Christmas present this year, have something for the dart board at Christmas or just draw dicks on me in your staff room grab yours by the link in my story and on Amazon! @wearegiraffe25 @chillimedia @lisafashionstylist @laurenkay.co.uk

People have been criticising Olivia Attwood for looking 'over-Botoxed' on Celebs Go Dating, but she's clapped back at haters 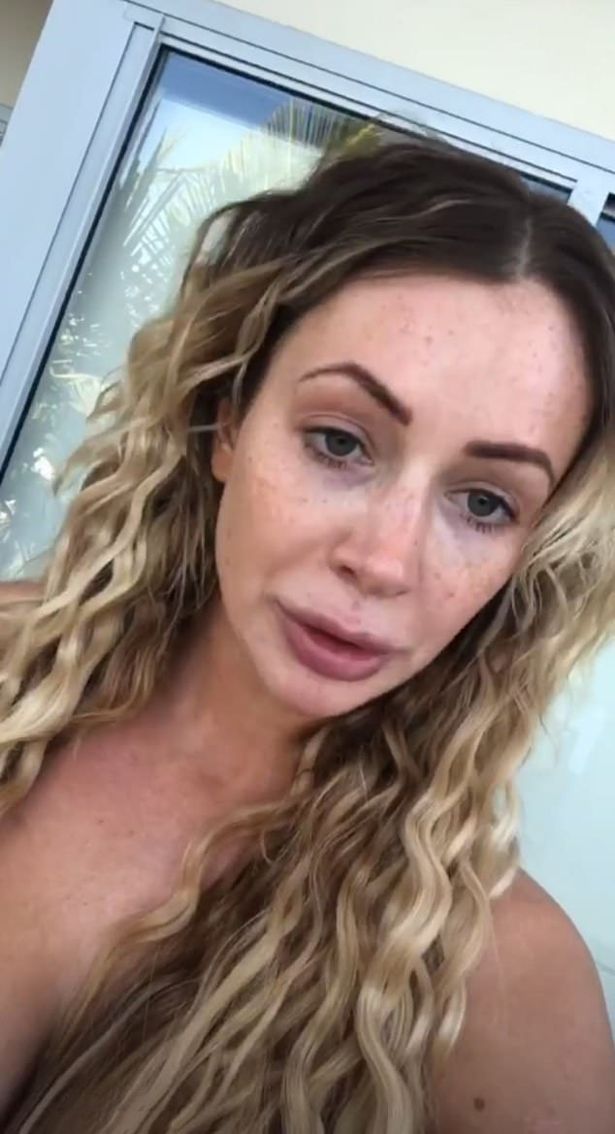 Not wearing any make up, she said on her Instagram Story: "There’s been a couple of comments flying around about my face, like – 'oh, you‘ve had Botox – your face don’t move.'

"Yeah. That’s the point of Botox. I don’t want my face to move, okay. Worry about your own wrinkly face if that’s what you want to have.

Talking of having work done, Kendall's nose seems to have… disappeared? 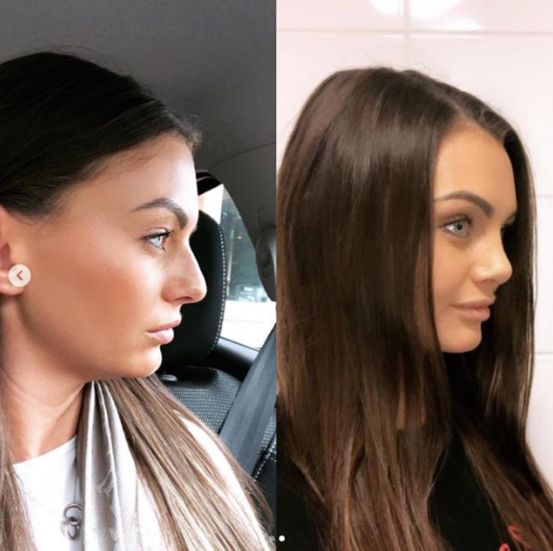 She got the surgery done in a famous surgery clinic in Turkey.

Zara appeared on BBC's Brexit Blind Date, where she dined with Sheffield's Lord Mayor Magid Magid. After recently quitting her job in the civil service, she can now speak freely on politics. But after revealing she is Pro-Leave and a Conservative, her fans were left disappointed. And honestly, people went in.

One person tweeted: “Regardless of your previous job, your arguments were poorly substantiated and based more on prejudice than facts. With all due respect, I think there are people out there who are more befitting of your job, so probably for the best that you no longer work for the Department of Education.”

She spoke out about it on Instagram: “Truth is I’m finding the hate that comes with Twitter very hard and I feel it can be quite a dark place at times.” Yikes. Better stick to telly then.

But also, Zara and Adam have moved in together!!!

She's confirmed it on her Insta story from today. 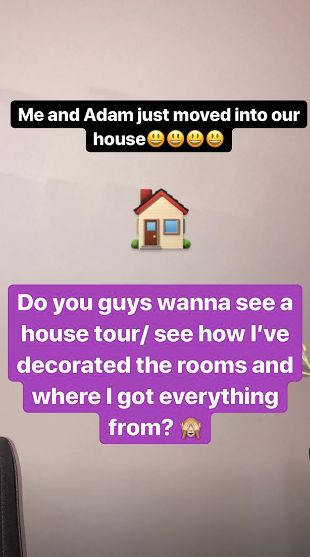 Wait… does Paul think Laura cheated on him??? Is this why they broke up?

Apparently Paul made sly digs at Laura on FUBAR radio, for dating her new boyfriend Max so soon after her and Paul broke up. Fans thought he was suggesting Laura cheated on him.

But Paul, how could have she cheated on you, if you weren't even going out in the first place?! Maybe you should go back to Burning Man to find out the truth.

Cheryl's had a hard couple of weeks, seeing as everyone has decided to collectively hate her after she released an awful song. People are saying her career is hanging on by a thread. So a role in the West End would have been a perfect fallback for the fallen star.

But the producers of Chicago decided to give the role to Caroline Flack instead, because they were apparently tired of "the number of diva requests from the Geordie." Stay strong Cheryl.

• Sorry but Amber Davies is going out with THAT little boy from Diversity?!?

• Celebs Go Dating is back AGAIN, and the line up is the best ever

• Celebs on the Ranch: The reality show that’s going to fill our Love Island void