Trash Gossip Column: Sorry but Amber Davies is going out with THAT little boy from Diversity?!?

This is the most iconic crossover yet

Okay he's not little or cute any more. But Amber and Perri Kiely from Diversity (BGT 2009) are now DATING?! According to sources, they started bonding over their love of dancing. An insider said: "Amber and Perri are in the early stages of their romance but things are going very well between them.

"They share a lot of the same friends and hit it off right away after being introduced to each other. Fans of Perri still remember him as being a young boy in Diversity but he’s grown up since then and his muscly physique definitely proved attractive to Amber." Pass me the bucket.

Dr Alex has been sharing his wisdom on Instagram

Behind the filters, we are all human beings struggling with similar issues. Love each other and be grateful for the people we have in our lives ❤

He's also been giving people advice about periods and cocaine in his Insta DMs! 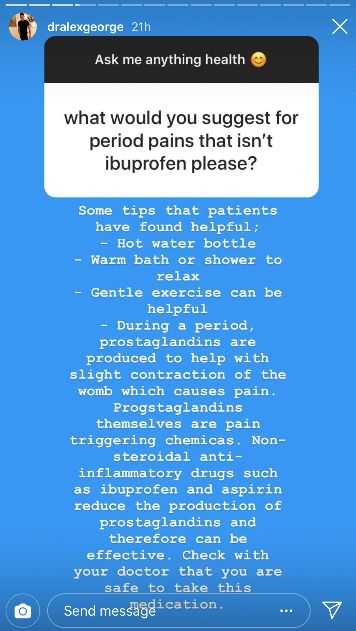 This is more depressing than Talk To Frank. 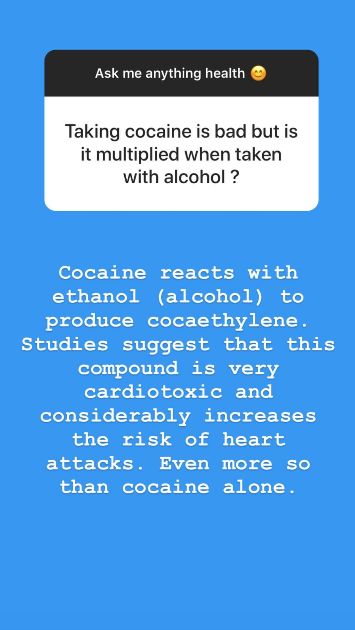 Someone commented "I don't know what's worse. Her face injections or those trousers lol﻿" and I screamed.

The I'm A Celeb line up reveal is ICONIC

Separately, they're all kinda tragic, but together these low-key iconic British celebs are going to make I'm A Celeb an interesting watch this year. People you might care about include: Anne Hegerty (The Governess from The Chase), Emily Atack (Charlotte from The Inbetweeners), Fleur East (X Factor 2014), Harry Redknapp, James McVey (Random guy from The Vamps??), Rita Simons (EastEnders QUEEN and Alan Sugar's niece) and NOEL EDMONDS!!!

Georgia Steel from Love Island has been doing promo for… the Army!!

Which seems a little off brand imho.

Recently I went to some VERY muddy fields with @ForcesRadioBFBS and took on the challenge of driving a military vehicle for the day. Nothing like driving a car ? I was put through my paces to get a taste of what it takes for our brave members of the Armed Forces to drive these vehicles. It was an amazing experience!! There was ALOT screaming involved. You can hear about it tonight on Forces Radio BFBS, now available on DAB+ #OnTrackWith

Megan McKenna is now blonde but she wants you to know she's "not a dumb blonde"!

I’m not offended by all the dumb blonde jokes, because I know I’m not dumb… and I also know that I’m not blonde – Dolly Parton ? . . Thankyou for my new blonde hair @brendandrayton at @westfieldeasilocks ??‍♀️

Eyewitnesses at Billionaire Mansion club in Dubai said John, Vicky's fiancé, wasn’t acting like a man engaged and instead spent the night flirting and grinding on a mystery blonde.

Someone who was there said: “It was shocking to see John behaving in the way he was. He was acting like a single man and didn’t care about who saw.

“The blonde lady was sat on his lap and they looked very cosy together. He had his arms around her waist and they were grinding on the dance floor.”

An insider close to Vicky said: “She’s heartbroken over his behaviour." They have now split and unfollowed each other on Instagram.

Jordan Adefeyisan (a guy who was in the 2018 villa for about five minutes) posted this on his Instagram story: 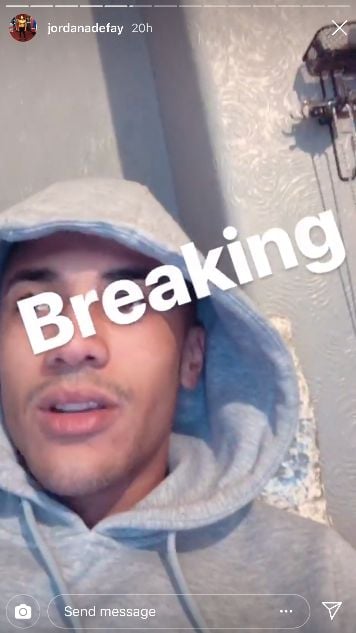 • Here he is, Georgia’s famous ex of three years and Sam Bird lookalike