Sportswear is no longer just for the gym, and hasn't been for quite some time. On campuses and even in clubs, you'll see people donned in baggy vintage Nike t-shirts, sad boys wearing the same grey Slazenger sweatshirt day in, day out, and how come every girl seems to own a pair of Reebok classics?

It's all part of the slouch aesthetic of not wanting to look like you care that defines our generation. The truth is the reverse, appearing not to try is the new trying.

Adidas is one of the big boys of sportswear, so much so they have Adidas and Adidas Originals. This means that by default if you're wearing normal Adidas you're automatically less try hard than your "Originals" counterparts.

Just plain Adidas is for those who are merely dipping their toe in the sportswear water, too pussy to just dive straight in. They like safe options, like drinking a pint of Amstel and deciding to go to Nottingham Uni. They're a nice guy, harmless, and want to be a better version of themselves but just can't quite get there.

People who wear Adidas Originals stay up until past midnight to wait for a clothes drop on the Basement or some other obscure invite only Facebook group, where branded clothes from the 90s are put up for sale at an extortionate price for you to then sell on for an even more extortionate price.

Sure, these people are try hard, and their entrepreneurial spirit and excellent Depop is what helps make them so try hard, but you can’t slag them off too much due to how much money they’re rolling in from flipping clothes.

They look like something out of the Matrix, wear rave shades to Tesco and can somehow pull off wearing cargo pants. They all study, or at least wish they were studying, at Bristol.

Asics are not try hard yet but are slowly on their way to try hard status. Not enough public school kids are wearing them to label them as officially try hard, however, with the burgeoning trend of dadcore, I give these bad boys two years before they’re being sold on Depop for £80.

Right now though, they’re being worn to the gym by your dad but Urban Outfitters if you’re listening, this one’s for you.

What did you lace up today? Tag us in your on-foot photos and use #NiceKicks for a chance to receive a shout out ?

Canterbury is the exclusive try hard brand of middle-class rugby boys from Surrey or Kent. They like to spend a medium-to-large amount of time at the gym and still have sweepy Justin Bieber haircuts. They are trying very hard but are doing so trapped inside the space-time continuum of 2008.

Champion is the sports brand people get into when they’re trying to reinvent themselves but are too afraid to go all out and wear vintage Adidas or Nike. 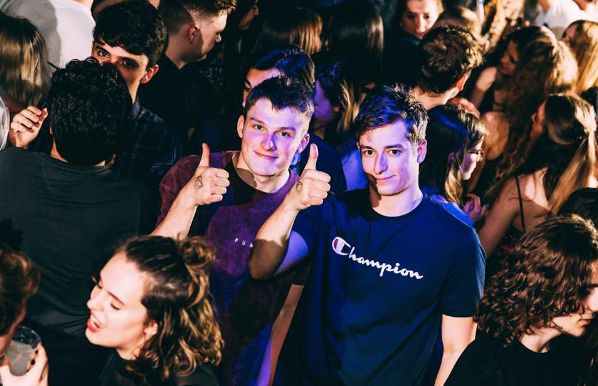 They’re aware that wearing one of the big dogs is going to bring a barrage of questions and rinsing from their mates, so instead need to go for an inoffensive small logo first to get their foot in the door.

Introducing Champion sweaters, which you can not only buy in Urban Outfitters Urban Renewal section but any "vintage" store. It’s like the gateway drug to a full ath-leisure wardrobe.

If you wear Donnay socks you are salt of the Earth. “Ordinary upbringing, extraordinary bloke” they’ll say. Sure, the socks themselves are never quite long enough and barely last six months before disintegrating, but no-one with a genuine care for looking nice would ever consider putting them on their feet.

Beloved brand of constantly relegated and promoted Northern football clubs around the early 2000s. Villa, Sunderland, Leeds, Hull. Somehow in Italy, Diadora manages to be an effortlessly chic sportswear brand, but any UK wearers are desperately trying, and failing, to capture this.

When you left school after your GCSEs and went off to a big scary college, buying one Ellesse jumper and wearing it most days was your main method of reinventing yourself.

This Yellow Ellesse tshirt is now available on our Depop store. @beeutiful_youshop

A brand so depressingly ugly you can’t even truthfully say you like the way it looks. The true embodiment of comfort over style.

Fila AKA the uniform of every single student who has attended the University of Manchester in the last four years. Manchester students are some of the most try hard in the entire country and so Fila are guilty by association. 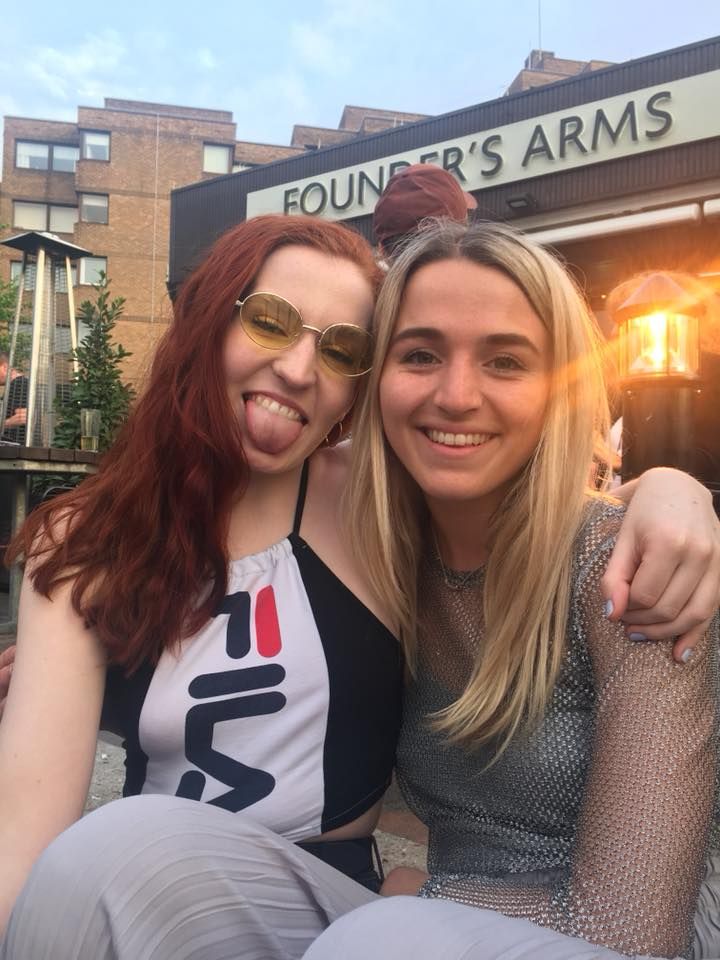 Only worn by people studying Geology, which we all know is the least try hard course available.

Remember the kid at school who wore a polo shirt with his tie instead of an actual shirt? He was definitely wearing Gola trainers with a whole tongue of velcro and now almost certainly attends the University of Sheffield. 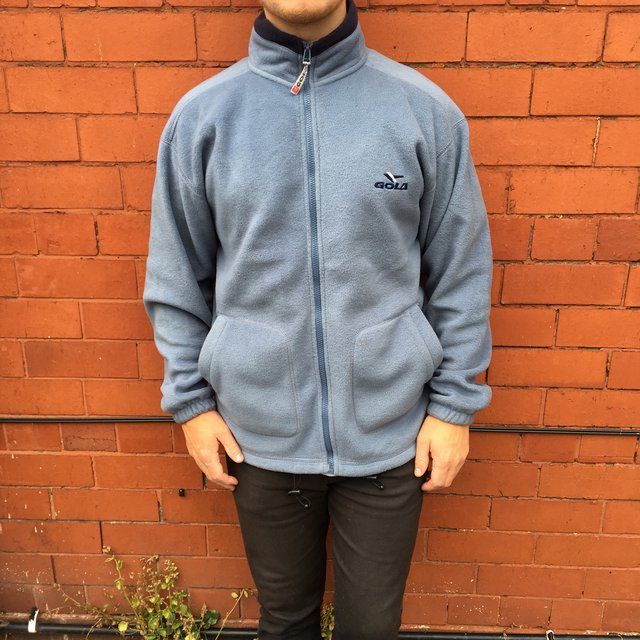 People who wear Gola probably still exclusively shop in Topman and Burton and think male cardigans are the height of fashion. Their Gola crossbody bag which they carry all their uni books in is the same one they had in secondary school.

Jamie is 28 and works in graphic design. On weekends, when he’s not drinking craft IPA, you can find him waving politically correct flags at the side of his favourite East London non-league football match. He’s just bought some new trainers. They’re Hummel. After telling him that, yes, you’re sure there’s a way to make an app that gets rid of single-use plastics, you glance at his too-clean trainers and go and stand with your actual mates.

Tired: If you’re wearing K-Swiss in 2018, you’re either a bloke who orders boot cut jeans from Jacamo and says “yeah I would” about girls, or someone desperately clinging onto the days of MTV. Not try hard.

Wired: These new K-Swiss are exactly what you’d be wearing if you had Uber linked up to Daddy’s credit card. Probably went to uni in London or Sussex. Very try hard.

It was once the uniform of Vicky Pollard, but with the market being saturated by Adidas and Nike you decided to try and bring it back and make Kappa "cool" again. But Kappa’s one of those brands which is best left in the 90s, like thin eyebrows and low rise jeans. Only a moron would spend £50 on a pair of Kappa popper trousers and think they look good. 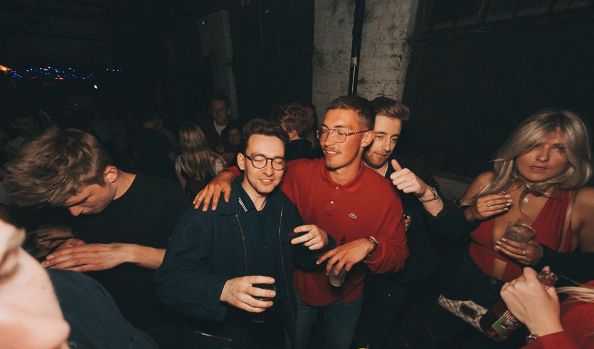 It’s French and it basically has the word cock in it. Too edgy. Cannot deal. If you wear Le Coq Sportif there's a 85 per cent chance you went to Leeds Uni.

Sorry but gym leggings that are £80 and 90 per cent made of mesh are try hard.

So, anyone still wearing them is either brazen enough to support a company who endorses a dickhead or is a middle aged dad who wears them for their versatility on and off the running track.

Nike is try hard on the sole basis that Nike is quite nice isn’t it? Therefore by buying and wearing Nike, you are trying to look nice, which for the purposes of this article is…try hard!

So turns out the founders of Adidas and Puma were brothers…who KNEW????? Anyway, Puma isn’t actually that nice is it, it’s like a more boujee Slazenger, so not very try hard at all.

Oversized Reebok jumpers and a pair of Reebok classics may not immediately strike you as being try hard because they are so common. However, people who wear Reebok are fit, period, regardless of what they actually look like. Yeah sure, they’re trying hard to look fit but are we complaining? Absolutely not!

By purchasing Slazenger you commit to a weird sad boy brotherhood. The slobby vibe is your cross to bear, your flame to keep burning. By knowingly spilling tinnies of Stella and Dr Oetker pizza toppings onto your garms, you and every other sadboy on a uni sofa keep the slob aesthetic alive. 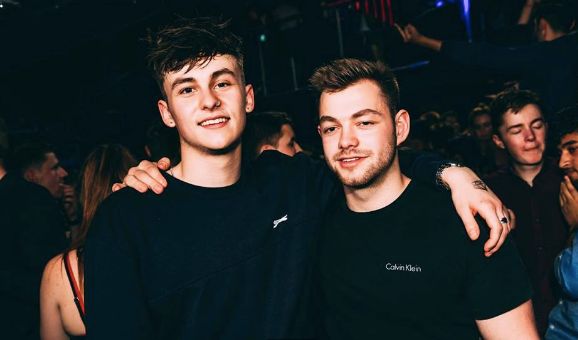 There is precisely one situation in which Sondico products are purchased and that's kind of, but not really, committing to picking up a sport. You've committed to the extent you’re buying all the bits and bobs, but not spending above the actual bare minimum.

Sondico shinpads? Fine, nobody can see them. Literally anything else? Also fine.

It is simply the essence of Sondico, the utilitarian first and last resort, that any wearer is not trying any harder than the need to.

And this workout is complete in my #Calvins #Sondico #NPL #Trojan

Under Armour – not try hard

You almost definitely play tennis, so definitely don’t try hard in any aspect of life. You’re just a nice person, who likes doing nice things and wearing light sportswear to enjoy your nice sport. Not even endorsement from Anthony Joshua can save you.

• Meet Adi-daddy, the sexy everyman you wish you were getting with

• The results are in: These are the most try-hard unis in the country

• Let us guess your general vibe, according to what trainers you wear