Meet Adi-daddy, the sexy everyman you wish you were getting with

Find one at a university near you

Everyone knows an Adi-daddy, he's that hot stubbly guy who is always wearing Adidas Originals jumpers. He is somewhere between a sad boy and a roadman, cool but without trying too hard. He smells of Original Source minty shower gel, he spends too much time on Fifa, he loves pints of Peroni and Match of the Day and all the girls are so into it.

You eye him in the library whilst he eats cheese and ham toasties at his desk. He is funny, always roasting his mates when they roll bad joints. He comes out of his element on shit shirt nights. He is the best flirt. Honestly, the Adi-daddy is the man you need in your life.

The Adi-daddy likes to party but he isn't a mess 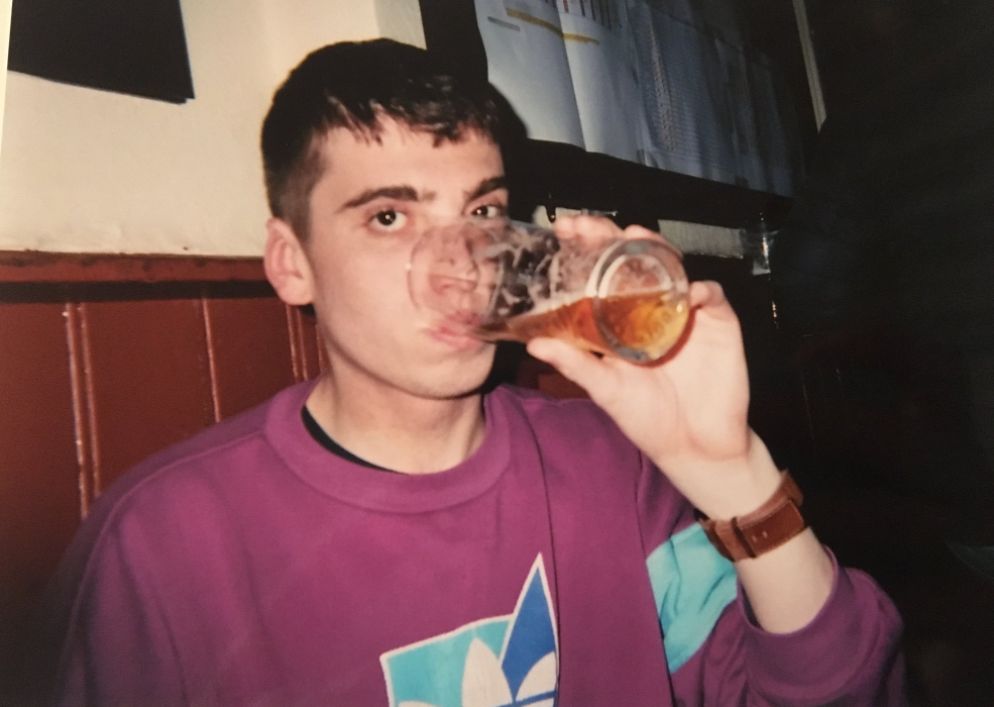 He loves a pinger but you won't find him at parties mushed into the sofa going on about how the wall is melting. He definitely has been to Croatia and taken a picture looking fucked up on some rocks by really, really blue water, a pair of John Lennon Ray Bans on his head, a beaut tan and a bottle of Sol. Other holiday destinations include Zante, Amsterdam and Thailand in that exact order. Last year he went to Bestival but he is always going on about Boomtown, "I really want to get a big group together this year".

He is really funny without trying too hard 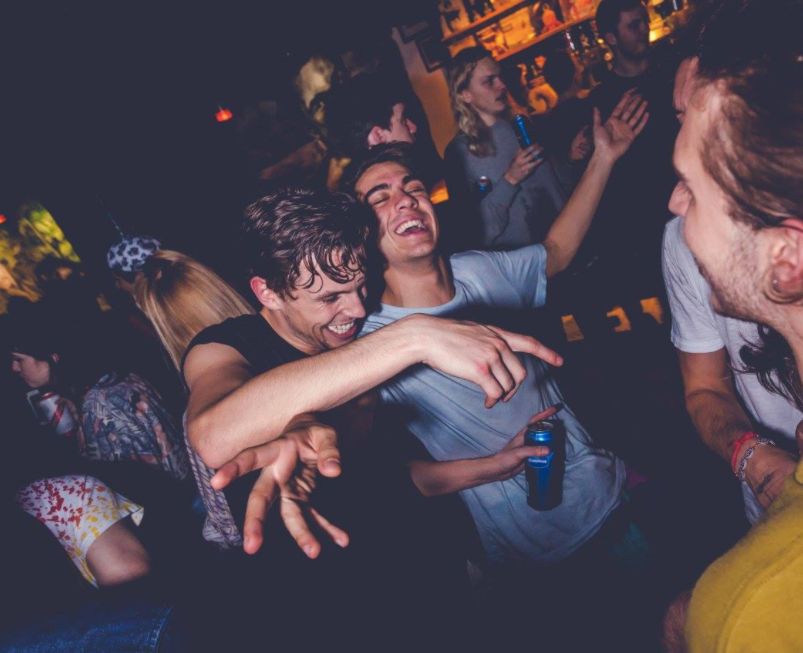 He's the sort to zoom into and screenshot his mate's face when he's got a double chin in a nightclub photo. When girls ask him to take a photo for them he definitely videos them instead, laughing at they switch poses. Him and his massive squad of guys (literally there will be about fifteen of them) definitely have made a group Spotify playlist of ironic football songs.

He loves beer pong and goes absolutely radge when he hammers one home for the boys. The Adi-daddy is always saying: "that's soo jokes" and calling everyone "bro" or "boy". Back in the day he definitely did a neknominate – his was absolutely classic – strawpedoing a bottle of Echo Falls Zesty Tropical before immediately chundering, "Matty, Brownie, Cosmo, Fin – you have twenty four hours". 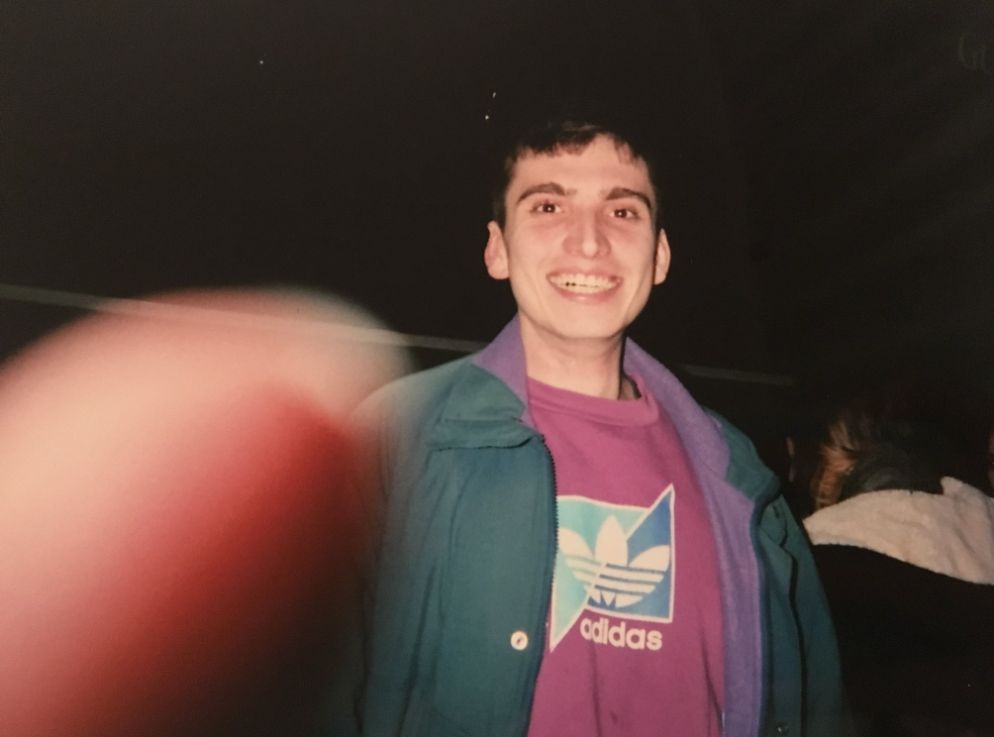 He definitely had an ironic moustache at one point and loved it when everyone said he looked like Pablo Escobar. On a Sunday you'll find him in a pub by 2pm, smoking Amber Leaf and discussing Arsenal's new team formation.

He knows that it's bait to like Skepta so when Shutdown inevitably comes on at Thursday night's "hip hop, garage and grime party" he rolls his eyes. He makes a massive thing of liking Disco and Funk. He's only just started watching Boiler Rooms and he has been to every single DJ EZ night. See him in the rave and in his hand will be a Red Stripe, even if the beer is finished he will clutch onto the empty can. When he goes to Garage nights he goes mental when "I bring you floweeerssss in the pouring rain" comes on. But deep down he hopes no one notices it's the only song he knows. 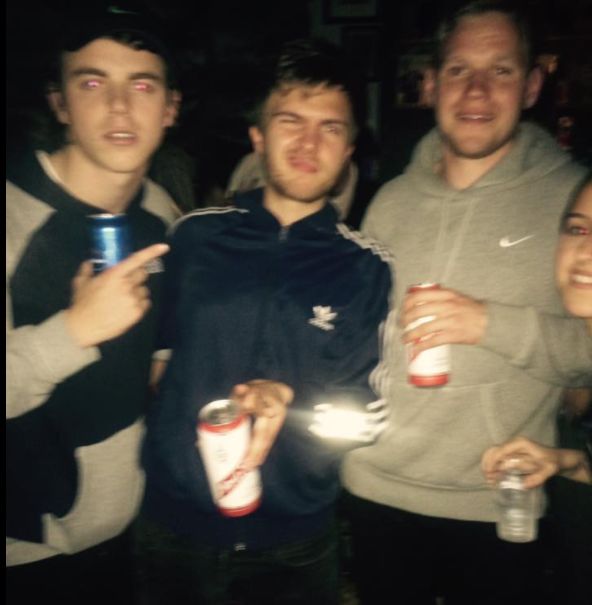 His look is laid back sexy cool

The Adi-daddy wears a navy five panel from Sports Direct that girls steal in the rave as a flirting mechanism. Otherwise he's in slightly faded jeans from Urban Outfitters, a grey jersey t-shirt, Nike Air Max 97s and a North Face puffer. He is edgy but not so much you'd find him in an red Kappa shell suit. But he might wear a tropical bucket hat ironically. For him the best thing about a night out is how he gets to tie his navy Adidas jumper across his torso. 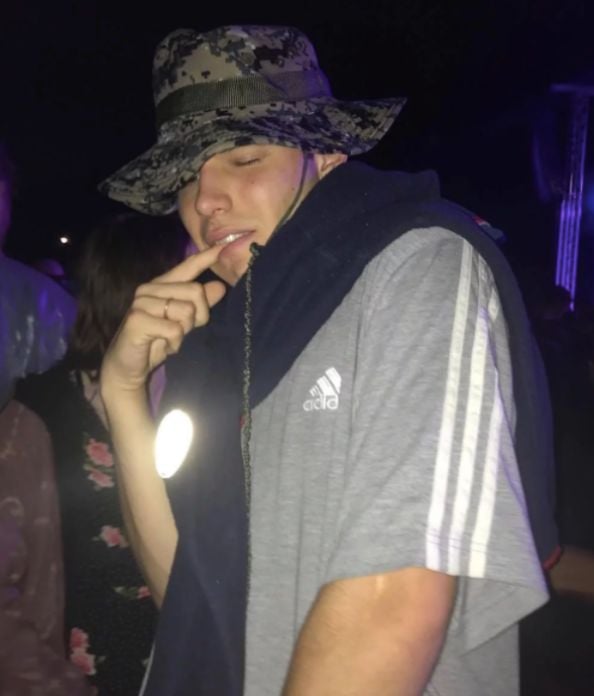 He has only just started posing for photos so when you stalk him on Facebook you only have to go through two profile pictures before you see him at 14-years-old wearing shutter shades and Topman star earrings.

Under the radar he gets with loads of girls

Everyone has a crush on him, he just looks so hot when he does that gun finger pose, and all that forest green really brings out his eyes and then there's his floppy curled hair. Only problem? He always has a girl. When he answers the phone to her around his mates he definitely acts all chill, he doesn't want them to know he calls her baby. His mum also loves him, every now and again she buys a big Ocado delivery for him packed with homey food like Hovis 50/50 pockets and Jordans Cereal.

When you see him in the library he's always on BBC news instead of his essay, but somehow he does really well. Probs because he went to private school. Will definitely get a 2:1. Or failing that, he would get me because I am dead keen.