Get ready to learn, girls and boys

Being brown has its benefits. But it also has its pains. One such pain is that at music festivals or in Fabric, people constantly ask me if I’m a drug dealer. Is it the brown skin? The pouch I love to wear? The Arab looks? Or is it perhaps my ability to use London roadman slang particularly well? I’ve come to the conclusion it must be that last thing – the slang.

But nowadays, due to Grime’s infiltration of the ‘Waitrose middle-class masses’, it seems everyone wants to try and speak slang like a roadman. But very few know the language well.

So, to help all these wannabes out, I’ve compiled a list of basic London slang words. Call it a slang boot camp of sorts. Let the lesson begin.

If you see something that lots of people are doing it’s ‘bait’. Seven years ago you got bullied in a sport lesson for wearing an Ellesse or Gola jumper. Nowadays, everyone’s wearing the ting- it’s bait.

Sometimes people don’t take you seriously, and the word serious may not get them to take you seriously. In such moments, say you are on a ‘Big Man Ting’. People will step back in horror, thinking this guy/ girl means business.

This word has a similar meaning to bruv. But it should be saved for moments of conflict, moments where you wish to assert yourself. If that security guard is being a dick, puff your chest up and say ‘blud, why can’t I come in?’

Those moments where you’ve achieved something cool and great, maybe you got onto that grad scheme you desperately wanted. Those are the moments to shout ‘brap’.

This word is essential if you are to infiltrate the Grime gang. One can use it routinely throughout a sentence. It simply means brother, but it’s said as ‘bruv’. Say it slowly, but with a tiny bit of aggression. It’s perfect for moments of conflict and group debate (so it can be very effective in a seminar).

When something is strange, suspect or suspicious, it’s buki. Your boy has just been speaking on the phone to a girl he fancies. She tells him he can come round to Netflix and chill. But yet, in that same phone call, he hears guys and girls giggling in the background. That’s buki fam!

The endz are what gentrified places were before they became gentrified.  Ghettoes!

That feeling you feel when you and your boys get 5 A’s on GCSE results day, or when Shy Fx drops a dutty tune, that’s a gassed feeling. It basically means excited.

When your boy buys new trainers which look cool, you should say that’s ‘gully’. Back when 50 Cent was cool, people used the word cool. From now on, it’s gully which is cool!

These two words are magic. If a dealer attempts to mug you or get aggressive with you, utter those words, and watch the Expelliarmus-like effect they have.

This is just like galdem, but it begins with an m. You can perhaps see where this is going. The boys that go to Ibiza call themselves ‘lads’. The boys that go to Grime raves, they are the mandem. The mandem is the new ‘lads’. You shall now refer to all your male friends as being part of your ‘mandem’. 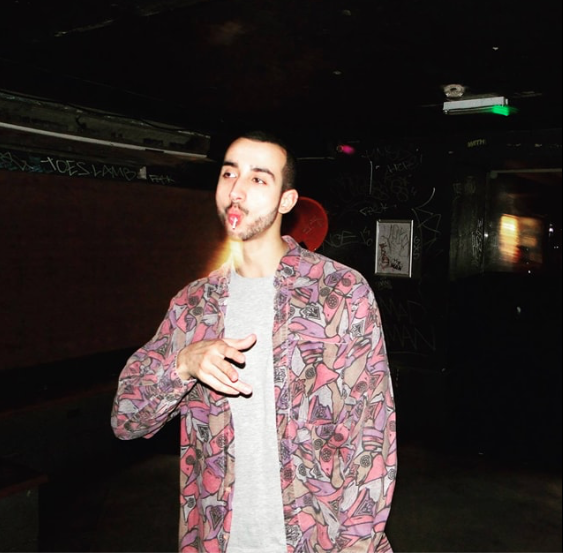 This word connotes wetness and softness. It should be used in moments where a friend has been embarrassingly soft.  Example: a girlfriend dumps her boyfriend. The boyfriends cries and begs her to not leave him. #MoistBehaviour

This word is a sad word, its usage is for embarrassing moments where you or someone has been humiliated. Example: Theresa May attempts to reassert her authority in the recent Conservative Party conference. Out of nowhere, a man walks up to the stage and hands her a p45. That, is peak, very very peak. There are of course different levels of peak and May’s p45 peak moment is what we classify as a ‘Mount Everest Peak’. For other small things, such as a girl rejecting your advances in a dancehall rave, a simple ‘peak’ will do.

Sometimes you see beautiful girls. But the word beauty does not allow you to express just how pleasurable you find her aesthetically. This is when you say peng; the word peng itself really allows you to express the joy you feel over her beauty. She’s peng fam!

This has two meanings. Firstly, it’s a means of greeting someone.  The British tend to say ‘hello’. The Muslims say ‘Salum Wa Alaykum’. In the world of London roadman slang, we say ‘safe’. Secondly, safe is a means of complimenting someone’s friendly character. Example: you’re out of baccy in the Grime rave. Some don offers to give you a rollie. That don is what you call ‘safe’.

The meaning here is overt. A human that is a waste/ idiot. A classic example would be Donald Trump. He’s a waste man fam, real talk.

● We asked non-Londoners to define London slang
● A definitive list of all the slang you need to survive at Warwick
● We asked Americans to guess if British slang meant ‘drunk’ or ‘sex’, and their answers were hilarious