Who is Love Island’s Kazimir? The celebrity make-up artist trying to steal Josh from Georgia

She’s worked with Stormzy and Chris and Kem

With the Islanders split between the villa and Casa Amor AND twelve new contestants sent in to turn heads, carnage seems to be just around the corner and relationships primed to be wrecked.

In the now immortal words of Wes, "it's Love Island not Loyalty Island", it seems that Josh is taking those words on board, as he moves closer to new girl Kazimir despite already being couple up with fan favourite Georgia.

It looks like Kazimir could become a mainstay in the villa, so I guess we better get to know her. Here's everything we know about Kazimir Crossley.

Kazimir is 23 and from London

Kazimir Crossley is 23 years old and from London, making her one of the younger members of this year's cast.

Kazimir is half Thai, half English

She travelled to Thailand earlier this year as well as other countries in the region.

Happy Thai New Year! I love this country and all the people in it everyone I have met along the way has made me trip so special ❤️ I honestly am so proud to have a thai background 😌🙏🏼 #songkran #thainewyear #landofsmiles สุขสันต์วันสงกรานต์🇹🇭

She has 40k followers on Instagram, where she shows off her travels around the world

She's definitely been to more places than you, with Insta pics from Bali, Thailand, Hong Kong and Ibiza to name a few.

My girl just touched down in BALI #shutdown #bestie #missedyou

Elephant feeding, riding through the jungle and bathing💦🐘❤️

Kazimir works as a make-up artist

Kazimir is a professional make-up artist, teaching classes, providing in-store masterclasses at department stores on Oxford Street and also doing the make-up for a variety of celebrity clients, including…

She has worked on at least three Stormzy music videos, including 'Cigarettes and Kush', 'Cold' and 'Big For Your Boots'.

If you haven't already, check out the video to @stormzyofficial "Cigarettes and Cush" Was a pleasure working on this and thank you to @ommua_ and @francescakearns_ for being the most amazing assistants Full vid on youtube! Directed by @flexgoddaps Produced by @antoinemastermind #stormzy #kehlani #cigarettesandcush #musicvideo #mua #makeupartist #work #fun

Kazimir did Maya Jama's make-up for her appearance at the Glamour awards. The TV presenter is also the girlfriend of Stormzy.

@mayajama last night at The Glamour awards, make up by me, styled by @melissaswardrobe ❤️ stunner!

Kazimir did the make-up for Chris and Kem's 'Little Bit Leave It' music video, arguably the couple that should have won Love Island 2017.

BTS from "Little bit leave it" Chris and Kem music video 😂❤️ Such a fun a day! Check out the video in my next post #mua #work #loveisland #littlebitleaveit #chrisandkem #musicvideo #bts

Kazimir's work made it to TV, doing the make-up for BBC One's 'Sounds Like Friday Night' that featured Greg James and Amplify Dot.

Make up by me on @amplifydot press shots for BBC One's 'Sounds Like Friday Night' with @gregjames17 starting Next month. Live at 7:30pm every Friday! Will be my first time working on live TV and I am bloody excited!!!!! #hardworkpaysoff #primetimebaby #mua #SLFN

You can buy her old clothes and make-up on Depop

Kazimir has 561 followers on Depop and currently has 35 items on sale, although I imagine it's unlikely she'll be able to fulfil purchases while she's on the show. 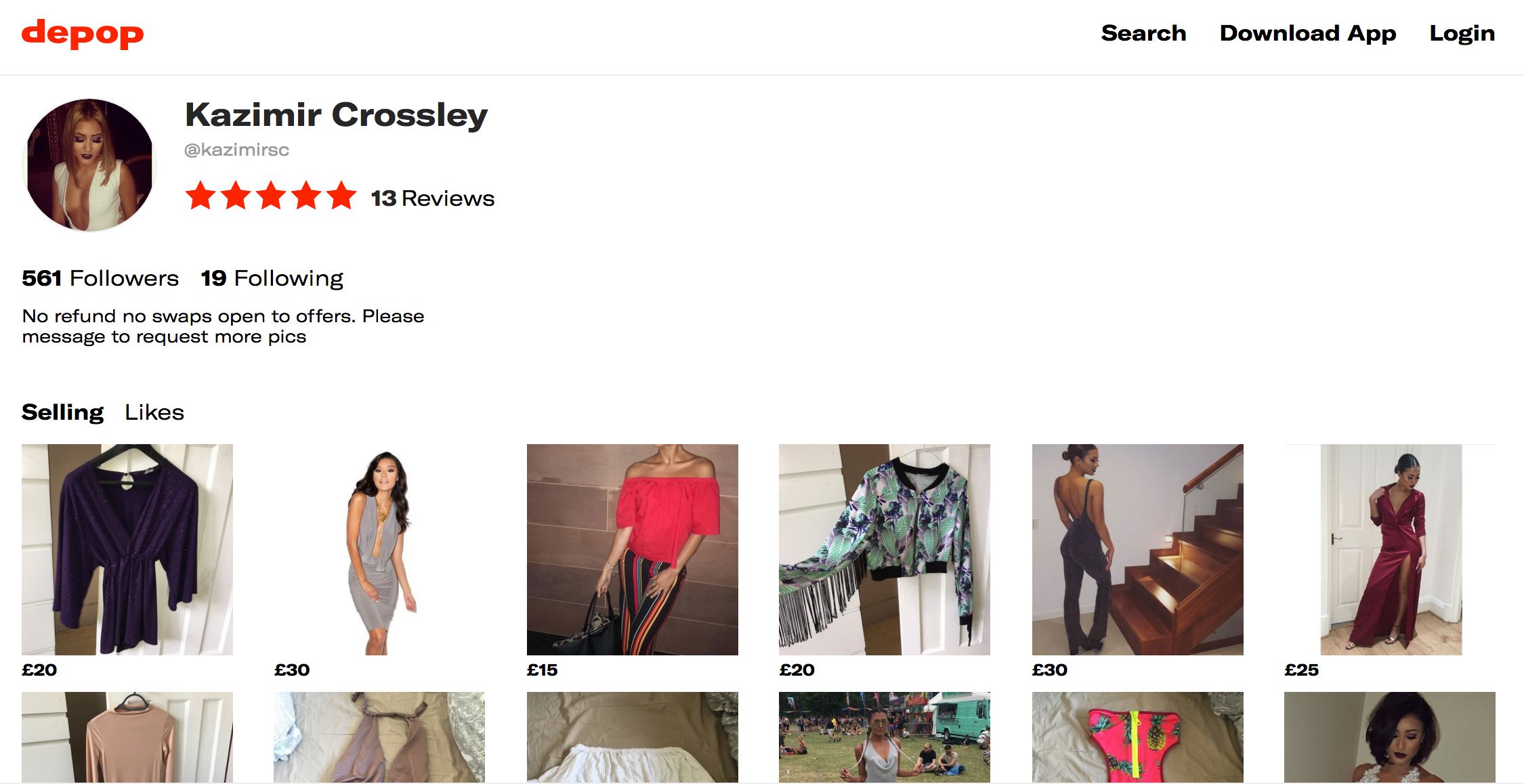 She also owns her own false lashes company

She knows the grime artist Dave

Despite not revealing who he was referring to in his tweet, many people in his replies said it was Kazimir, who Dave also follows on Instagram.

We think she used to work for Christian Louboutin

Okay, we're not entirely sure, but an Instagram post showing Kazimir celebrating passing her driving test (after three years of trying!) shows a congratulations card signed by "Team Louboutin'. Could this mean she used to work for the fashion brand before becoming a freelance make-up artist? We think so.

A video posted on Instagram shows Kazimir practicing Thai boxing, a hobby she has in common with Wes.

She's volunteered at an orphanage in Vietnam

During her travels earlier this year, Kazimir volunteered at an orphanage near Nha Trang in Vietnam based in the grounds of a temple where all the kids there were left on doorsteps or by the bottom of statues.

Today I volunteered at an charity run orphanage just outside Nha Trang. All the kids here had been abandoned left on doorsteps/ bottom of statues / random places😣 The orphanage was inside beautiful temple grounds and I had the best day playing with the children just keep in mind people lets be grateful for what we have! ❤️🌏