Concerned freshers have quit the rugby team complaining of a “demeaning” social life.

A number of fresh faced first years have quit the club – calling the action outside of playing an ordeal.

One fresher said: “This rugby team are definitely not giving a good example of what uni sport is like. In contrast, I play college football, and the guys are so encouraging and fun.

“I feel bad for the freshers that have to endure the ordeal of joining.

“I’m glad people are noticing, I hate it that guys think that’s the way ‘lads’ have to act. It just makes me sad really.”

More energy than mallo on a red bull #readytoplay pic.twitter.com/4Jhky48XBR

He said: “My main issue isn’t people coming and dropping out, it’s people not coming at all because they’re holding on to the stigma.

“No one has come to me and voiced their concerns. I haven’t received anything from freshers about the social side, it’s always been about the standards too high or training commitments.

“No one should be put off playing that isn’t a playing reason. We’ve got people who don’t drink who still play all the time.

“We have one fresher who doesn’t drink at all and plays for the first team.

“I think the stigma has come to bite us and that’s the most frustrating thing about people not coming to speak to me. At the end of it I’m disappointed for them.” 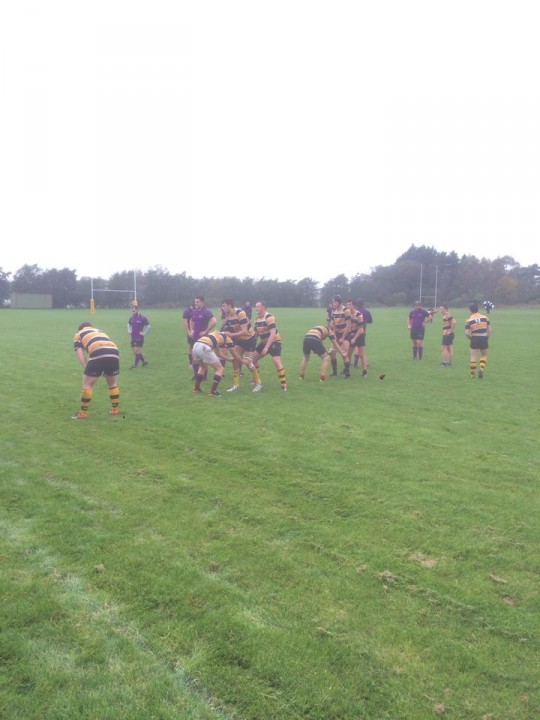 Another fresher added: “I mean they’re all a bunch of abusive dickheads for sure.”

The freshers claim teammates get spammed with nearly 20 emails a day.

Thom Arnott said: “These can often be misconstrued as being aggressive.”

On the team’s website, a page welcomes the current crop of freshers. It claims: “The club’s best trait is its ability to balance a friendly and vibrant social life with a dedicated and professional attitude.”

The club have addressed the issue of freshers dropping out warning that all out abuse would not be tolerated.

An email from the club said: “It has come to our attention that a number of new players have felt intimidated by our conduct on social and have taken the decision to play college rugby. In other years we could happily put this down to them being a bit wet etc but unfortunately we do not have that luxury this term.

“Conduct such as flat out telling freshers that they are not welcome in the club is not only unacceptable but also damaging to the club’s future. We run a real risk of not being able to field three competitive teams this season as it is, and alienating potential players is not helpful in the slightest.

“We do not intend to single out anyone in this email and certainly we do not propose that this years freshers are treated any differently than previous crops. We merely suggest that all-out abuse before they know who half of us are does not provide a welcoming atmosphere.”