St Andrew's annual charity fashion show, FS, took place last week, and with standard tickets starting at £70, I jumped at the chance to get a press pass and find out for myself what happens inside one of the most exclusive, and spenny, student events in St Andrews.

For some reason the show started with the models carrying light sticks in all different colours. This was arty and fun but tbh it did look a bit like a cross between High School Musical and Star Wars. 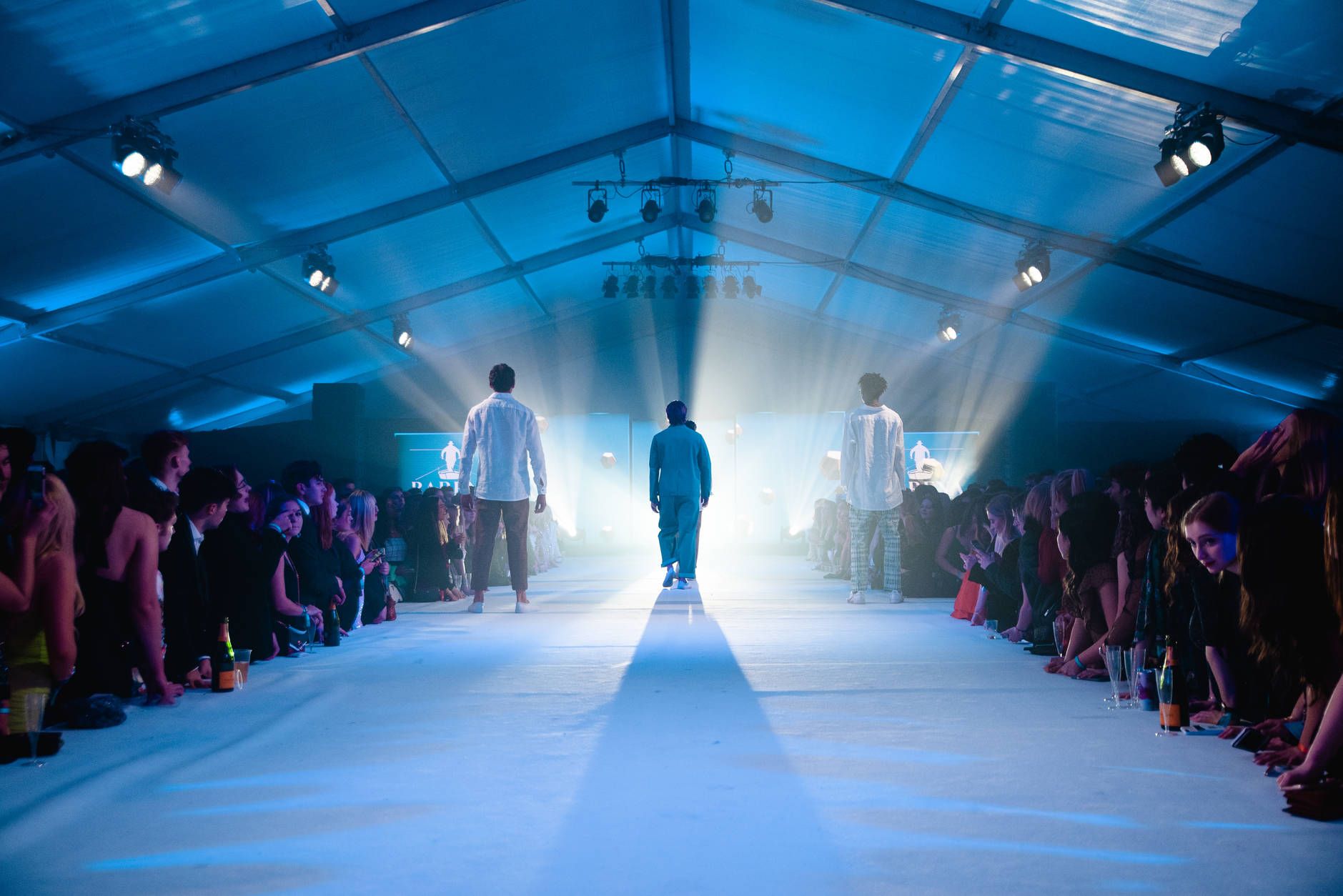 Champagne instead of Pablos

Despite the bar being run by the union, the staple of a good night out in St Andrews was nowhere to be seen on the drinks menu. Instead, for the small price of £50 you could purchase an entire bottle of champagne. On one hand, it was quite nice champagne. But was it nicer than ten Pablos? I know which one I would choose. This didn't stop some of the FS goers going absolutely ham on the stuff though, I even saw a girl buy two in one go and head off with a bottle in each hand.

The VIP area did NOT look worth it

While everyone I went with had stuck to the standard issue tickets, patrons had the option of shelling out £92 for VIP tickets.

The extra £22 would get the holder early access to the venue, use of a VIP cloakroom, and entry to the VIP area, which had it's own bar area and better view of the stage. It looked like quite a few people went for this ticket, since the VIP area was mobbed, and the queues for the bar were longer than the ones in the cheap area.

While I know absolutely nothing about fashion, hands down the best part of the night was the model in thee dress made out of walkers packets.

The second half of the catwalk was swimsuit/underwear, and the crowd was loving it. From the second the models came out with a lot more skin on show it felt like most people there were full on screaming the whole time. And while the models were definitely attractive people, it did highlight the lack of body diversity on stage.

Within the first half hour a guy was kicked out for swigging from a hip flask, and the smoking area was crammed with people asking for cigarettes.

You would have thought that a couple of drinks and a pack of cigs would be nothing if you're able to afford tickets, but students will be students I suppose.