So what’s the Canoe Kayak Club all about? First important caveat, despite being called Canoe club, StAUCC do almost no canoeing. This is a kayak club, though they do own […]

So what’s the Canoe Kayak Club all about?

First important caveat, despite being called Canoe club, StAUCC do almost no canoeing. This is a kayak club, though they do own a couple of canoes which see irregular use. Canoe Club is one of the larger Athletic Union Clubs, and also one of the few non-traditional sports which have secured ‘AU Focus Club’ status.

They run weekly skills sessions in the pool as well as a weekly surf session on the North Sea, but the heart and soul of the club is white-water paddling. There are river trips nearly every weekend catering to a very wide range of skill levels. The club also plays kayak-polo in a variety of leagues, though they tend not to practice for it specifically in the manner of many University canoe clubs.

The club owns a pretty solid collection of boats and paddling gear, and supplies all the necessary gear to get you on the river. But be advised the emphasis on club gear is safety, and comfort tends to be dependent on personal gear. So you will not die of hypothermia, but you will be cold during the winter (unless you buy/steal/borrow kit). They do a really good job of training up freshers and beginners, and continuing the progression to paddling advanced whitewater. There are a good number of people in the club who can paddle water which is pants-shittingly insane for any layman. But despite a fairly high level of technical skill, the club has none of the tedious macho pretension which tends to loom large in adventure-sport clubs.

StAUCC also avoids the equally common problem of sports clubs whose chat consists mostly of talking about gear or technical aspects of the sport. As far as the social scene, the club usually has two pub socials a week, which are supplemented by occasional events such as Sinners and house crawls. The club also tends to make a strong showing at the Adrenaline Ball and Aqua Ball. With its own naked calendar every year, generally social events are host to more nudity than probably any other group at this University.

Other Interesting facts: There are almost no arts students in the club (it is unclear why). River trips feature a lot of Dubstep. Canoe Club has been known to kidnap korfballers and sacrifice them to the rain gods. 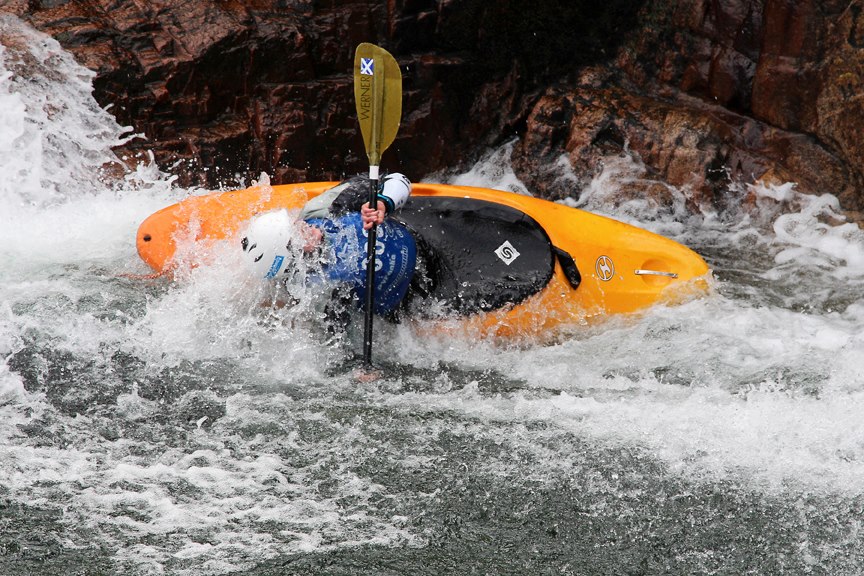 Scenic rivers, NATURE, adrenaline, dubstep, drinking out of a boot…what’s not to love? In terms of negatives, kayaking during the middle six-months of the academic year tends to be fairly (!) cold. So either be good at dealing with the cold, drunk all the time, or plan to invest in some basic gear (paddling gloves, quality thermals, etc) to keep you toasty.

One of the less obvious side-effects of involvement in StAUCC is the abundance of opportunities for certification, not only in paddling and leading-trips, but also in things like Whitewater Safety & Rescue or Wilderness First-Aid. These sorts of certifications can be parlayed into pretty awesome summer jobs. Leading trips at a summer-camp may not be the white-collar internship most St Andreans dream of, but the former can be significantly more rewarding.

Final verdict: Most athletic clubs at St Andrews fail pretty spectacularly at balancing inclusiveness with being good at what they do, Canoe club succeeds with flying colours. You can faff about as a social member or paddle down ze waterfalls. The StAUCC blog gives a good impression of what the club is about, and their website has load more information.