A Sheffield MP's staffer has resigned in spectacular fashion on his boss' own Twitter account, branding him a "vile degenerate" and demanding his resignation.

Jared O'Mara, the MP for Sheffield Hallam, had a series of insults hurled at him under his own name when George Arnold, a member of his press team, decided he'd had enough and went on an all out tirade.

In a scathing attack on his old boss that has now gone viral, Arnold accused O'Mara of having "vile, inexcusable contempt for the people who voted you in". The thread now has over 30,000 likes and is still trending on Twitter. 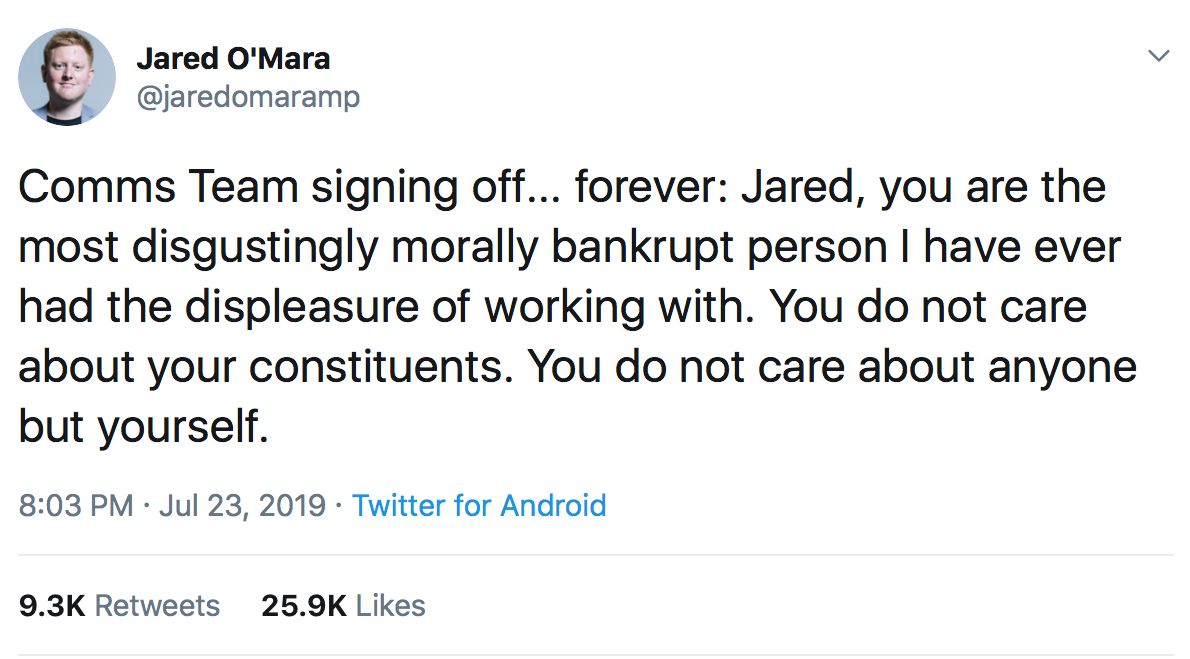 "I cannot and will not defend you and your vile, inexcusable contempt for the people who voted you in. You selfish, degenerate prick."

After calling for O'Mara to resign, he went on: "Sheffield Hallam deserves so much better than you. You have wasted opportunities which people dare not to even dream of. Consider this my resignation. Thanks, Gareth Arnold ." He then added a mic drop GIF, not that he needed it.

But it didn't stop there. If you hop over to Gareth Arnold's personal Twitter, the carnage continues. In one tweet, staffer Gareth jibed: "Future employer: so how did you leave your last role. Me: Yes."

Shortly after the thread was posted, the typically hot off the mark Twitter political community flooded in with comments about the incident.

One of the best known among them all, Tim Shipman, Political Editor of The Sunday Times, noted that the bar has been set high for the fallout from Boris Johnson's ascent to power. 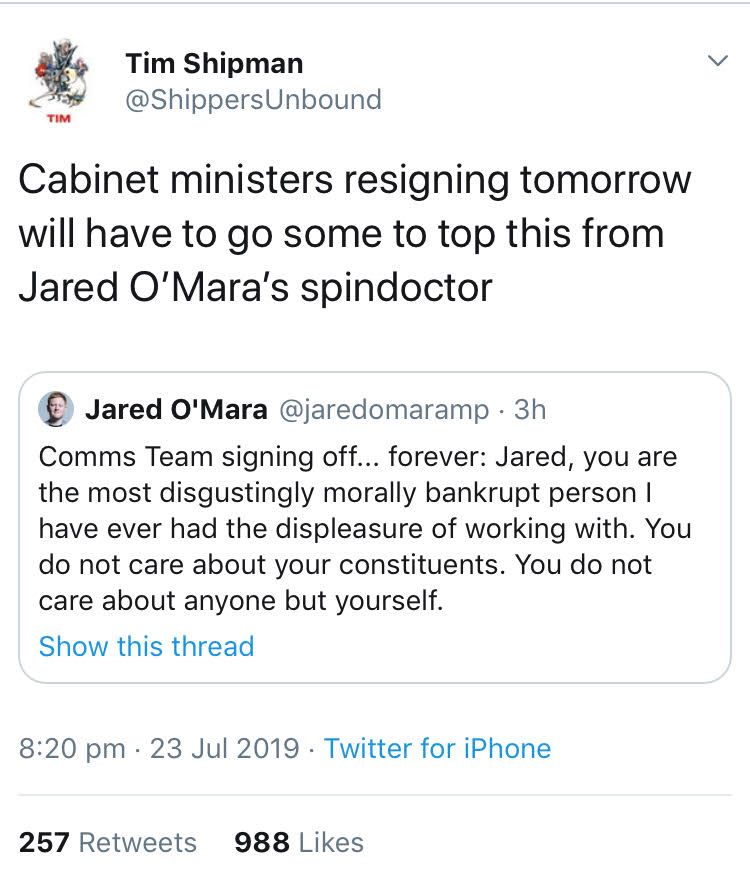 It's not the first time that O'Mara's made the headlines. He was suspended from the Labour Party last year after a series of homophobic and misogynistic comments surfaced from several years of his forum postings.

He later apologised and said: "I am ashamed of the man I was."

With the tweets still live and amassing thousands of likes and shares, others weighed in on the messenger out of worry for O'Mara's wellbeing, especially since he's opened up about his mental health battles in the past, calling the staffer's tweets "irresponsible".

The uni is investigating