A whole new level of commitment

For most people, tearing your ankle would mean taking it easy for the next few days, to allow time to recover and minimise damage.

However, third year Sheffield Uni philosophy student Lucy Potter has not let anything stand between her and Freshers' Week.

Despite being on crutches, she managed to see Arctic Monkeys on Tuesday, and followed it up by going to the first ROAR of the new year on Wednesday night. 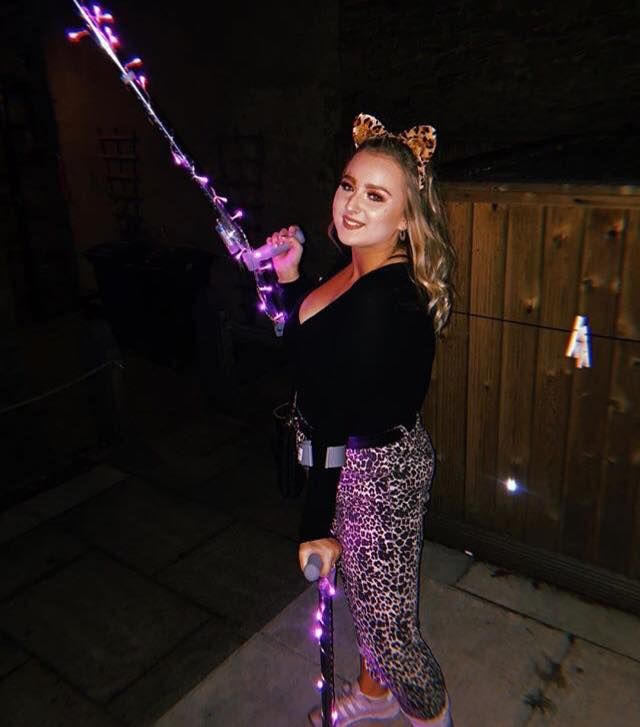 Speaking to The Sheffield Tab, Lucy said of the Arctic Monkeys gig: "I couldn't have missed them. I couldn't end up standing, so they relocated me to a special area with about five other people on crutches too.

"I obviously had my fairy lights so hope Alex Turner could spot me."

"ROAR was sick, I came through the smoking area bit because I couldn’t make it up the stairs. And then I was based myself in the side room for most of the night as it was less busy."

"I managed to dance quite a lot as well. I did end up falling over and the bouncer came running over to ask if I was okay."

It’s all downhill from here ?

While lesser students are sacking off nights out because they overdid it at Corp and Freshers' Flu is now hitting hard, Lucy has battled through to make the most of the week – and she is glad that she has.

"I've probably done long term damage, but it was worth it."

We are recruiting new writers, social media editors, and video creators. Sign up to join The Sheffield Tab here.